This Wednesday, deputies in the lower house of Parliament will hold a no-confidence vote in the coalition government. The vote was called by the opposition Social Democrats who are dissatisfied with the way the government is dealing with accusations of corruption against its Deputy Prime Minister Jiri Cunek. But the chances of the opposition gaining enough votes to topple the ruling coalition are minimal, leaving the obvious question of why the vote has been called in the first place. 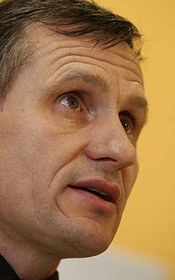 Jiri Cunek, photo: CTK In November last year the news broke that Jiri Cunek, who is the leader of the Christian Democrats as well as Regional Development Minister and a Deputy Prime Minister, may have taken a bribe when he was the mayor of a small Moravian town in 2001. Mr Cunek was stripped of his immunity and an official police investigation was launched against him in February. But just when the case was about to be taken up in court, the Supreme State Prosecutor had the prosecutor in charge replaced. Now, when and whether at all Mr Cunek's case will go to court is up in the air. 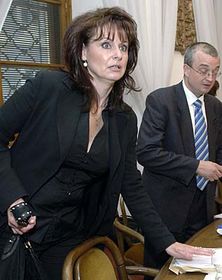 Supreme State Prosecutor Renata Vesecka, photo: CTK The opposition is outraged. It believes that Supreme State Prosecutor Renata Vesecka, who was appointed (and could be dismissed) by the prime minister, was under pressure from the government to interfere in Mr Cunek's case. Ms Vesecka denies the accusations, saying the prosecutor had to be dismissed because he made grave procedural errors. When government deputies last Friday refused to hold a special session at which the issue would be discussed, the Social Democrats called the no-confidence vote. The head of the party's deputies' group, Michal Hasek:

"In the name of all Social Democrat MPs, I ask Jiri Cunek to resign as member of government. If he does not do so, we call onto the head of the government to, without delay, propose Mr Cunek's dismissal to the president. If Prime Minister Topolanek fails to do so I have enough signatures here on a request to the speaker of the lower house to call a special meeting at which a vote of no-confidence will be held. We do not trust a government in which the deputy prime minister is under investigation. It's a European disgrace; it's your disgrace." 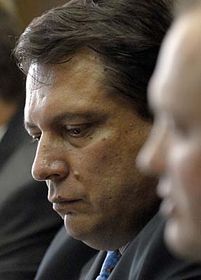 Jiri Paroubek, photo: CTK The no-confidence vote will be held on Wednesday. But in order for it to be passed, at least 101 of the 200 deputies in parliament would have to support it. The two parties who will, the Social Democrats and the Communists, only have 98 seats in the lower house. Even if the two MPs who have recently left Social Democratic party ranks did not raise their hands with the government, the opposition would need at least one vote from the ruling coalition. That's a scenario that is very unlikely to happen, and one that Social Democrat leader Jiri Paroubek has no illusions about. He says the result of Wednesday's vote is not as important as the discussion that will precede it. His party intends to point to all the alleged basic mistakes that the government has made, especially relating to the case against Mr Cunek.

Social Democrat leader Jiri Paroubek foresees that early elections will be held by June next year. If the government does not fall this week, it will fall either during the vote on its reform package or during the vote on next year's state budget, he says. Political commentator Jiri Pehe:

"Well, I think that with regards to the Social Democrats, this is a smart move because this gives them an opportunity to call attention to the affair of Mr Cunek and they will certainly be able to voice some of their arguments during the debate. Even if they lose this vote they can definitely portray the ruling coalition as a coalition that, despite very serious charges against one of their members, will do anything to stay in power. So, I think that for the Social Democrats, this is a situation in which they cannot lose."

...even though this is something that they will be saying to only politicians and not really to the general public? The general public, whose votes political parties are dependent on, won't be watching this discussion and it actually isn't very impressed by such measures...

"I think the general public will basically just follow the general procedure, which means the vote of no confidence and the result. But it will also register the fact that this vote is talking place because of the way the affair of Mr Cunek has been handled by the ruling coalition, the police, and so on. So, I think that from that point of view the Social Democrats are in a very good position and personally, I think that the best thing that the coalition could do is to somehow prompt Mr Cunek's resignation because that would be a pre-emptive move and would perhaps take some of the pressure off the ruling coalition." 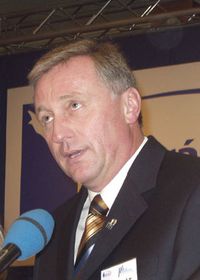 Mirek Topolanek Some may be asking why the government is so eager to keep Mr Cunek in his post. One of the most logical or most popular answers has been that Prime Minister Mirek Topolanek fears that a dismissal of Mr Cunek would anger the Christian Democrats and lead them to leave the three-party coalition that they are in with the Civic Democrats and the Greens?

"Mr Topolanek can't recall Mr Cunek or force his resignation simply because he knows that there are indeed some Christian democrats who would probably decide to take the party out of the ruling coalition. That would not only be the end of the coalition but most likely, and that's perhaps the most important point, the end of Mr Topolanek as well. Mr Topolanek had got the chance to form two consecutive governments and I don't think that Presidnet Klaus, who is known not to be his greatest supporter, would give him a third chance. So, this would probably mean huge changes within the Civic Democratic Party as well.

"People like the mayor of Prague and second man in the Civic Democratic Party, Pavel Bem, would probably take over and would probably try to form a grand coalition with the Social Democrats. So, Mr Topolanek's stakes are very high here and he knows that if he makes any forceful move against Mr Cunek, it may not only end Mr Cunek's political career but also his own political career." 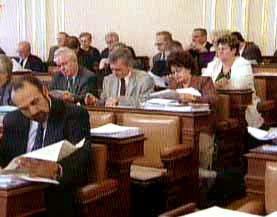 How likely is it that the government will not make it through the two important votes - the reforms and the state budget?