When the Czech Republic joined the European Union on May 1st, 2004, the doors to European Structural Funds opened. The money allotted to the Czech Republic for projects in the 2004 - 2006 period stands at nearly 457 million Euros, or roughly 14-and-a-half billion Czech crowns. No small potatoes. One of the key elements of Brussels' strategy is to promote life-long learning in order to increase citizens' chances of employment. In concrete terms, the political aim of the European Union is to eliminate marked economic and social differences within individual regions of the EU.

One of eight so-called 1.1 European Social Funds projects in the Central Bohemian region—that is, those which promote 'the politics of active employment'—the Benesov ESF School runs a 6-month re-qualification program for ten people who are currently unemployed. Libor Hubacek, one of the project's initiators, explains how he and his partner learned of the European Social Funds and why such a program seemed suitable for the Benesov region.

"We learned about the European Structural Funds from t.v. and the daily press, but detailed information is only available on the internet. Websites of the responsible ministries, the Ministry of Labour and Social Affairs, and the Ministry of Education, Youth and Sports offer this information."

You are a young lawyer who practices in Benesov. Why did you decide to commit your time and energy to putting together this project proposal for the European Structural Funds school?

What was your role in designing the project?

"Originally I'm a lawyer, as you said. So I specialize in this area of education, and I teach Legal Minimum as part of the re-qualification course."

The EU places specific stresses on human resources development in its programs, and Lukas Hlavnicka, another of the Benesov ESF School's administrators, explains how his team decided on the content of courses on offer.

"The content of the project originates from the situation in the labour market here in the area. This means we had quite a number of discussions with potential employers, and we designed the project according to their demands. So the participants of the course are trained in fields like marketing, management, economics, legal minimum, and similar things. People with business knowledge are generally sought-after nowadays, and as my colleague said, legal minimum is also important for them."

"The whole program started because of the need to hire qualified people for our members. There is a need to have people with a little more knowledge. Companies need to hire people trained in marketing, or people ready to take on a management position. Schools do teach these types of things, but it's not quite a reality—they don't have the experience."

Can you give me some concrete examples of companies in the Benesov region that belong to your Chamber of Commerce, and are looking for people with the specific qualifications that the Benesov ESF School is providing?

"One very particular example is a company that is based on advertising. Advertising is relatively new, because as we know, in the post-communist countries advertising wasn't the dominant part of a company. Since we have a company which is specializing only in advertising, we have a need to teach people how to sell, and how to promote certain things."

Now, the first round of the program runs for six months. I understand that the first class is due to finish at the end of March. What's the next step for these ten young people who have taken the six-month course?

"Well, first of all we have set-up individual days when the owners of the companies will come in and talk to the people. They will then try to choose the best person for a particular job. We are hoping, since the program is new, that there is going to be a demand for these people—though we don't know that yet because the program is not finished. But, I already have a couple of companies which have shown a very keen interest. So, at the end of the program we think that some of these people will be automatically employed."

The program itself coming from the side of Brussels must have specific requirements in terms of its success rate. There are ten people taking the six-month course—what are the requirements from the EU in terms of placement after they graduate?

"Definitely the minimum placement is two people from the ten. We would like that to be much higher. Again, I have to stress that we don't know how many people will find jobs because the program is not yet finished."

At this stage, what are some of the key problems in running the school itself?

"Well, I would say that there seems to be a lot of paperwork—most likely the administrators of the program mentioned this, because they have to fight with a lot of paperwork. One thing which I think that the program has lacked—where we have a little bit of a problem—is that the instructors are not being paid accordingly. My original idea was to create a program on a much higher level than any existing schooling system. I wanted it to have a feel of a company, for the students to gain more of a psychological insight into what the company's about, how they should dress, behave, how to talk to other people. These are things which a school usually doesn't teach, and it seems to be a new trend. Now, in order to get a good instructor who knows how to teach this, he is not going to be paid the equivalent of 12 Euros an hour; he's going to be paid a lot more, and this program does not allow that. This seems to be one major aspect which I think is a problem."

Is there some hope that this will be altered in the next run?

"We don't know. That seems to be in the stars. We are talking about it, and we originally had different requirements for the program when we started, but this was one aspect where the EU administration cut-down on our proposal. I think that seems to be the wrong place to cut certain funds."

With little more than a month left before students in the re-qualification course take their final exam and re-enter the workforce, Vladimir Kravjansky sees reason to be optimistic about the ESF School's prospects.

"I'm hoping that it's going to be very successful, and I'm hoping to maybe add another type of program to the existing one. Another thing which seems to be a problem is that a lot of people are asking to learn English, because it is one of the official languages of the EU, but we were not allowed to teach English. It's a problem that we're working on, so we'll see if maybe in the future this is going to be changed."

So despite the bureaucratic obstacles, ESF programs are making an impact in the Czech Republic and the Benesov school's innovative approach only enhances Brussels' original intention. 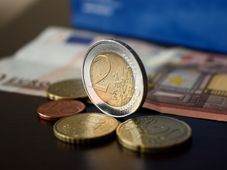 In a document outlining the future priorities for EU funding for the Czech Republic, the European Commission has criticized the influence… 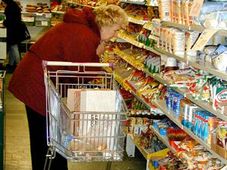 In Business News this week: the Czech Republic receives 15 million euros from the EU’s budget surplus; the number of foreign workers… 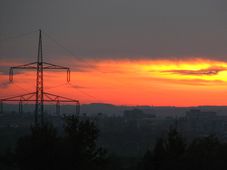 In this week’s Business New: the Czech Republic to receive more funds from the EU; Home Credit starts off in China; Czech Railways…