The end of days of the one-size-fits all approach to the prescription of an estimated 20-25% of drugs on the market is nearing in the Czech Republic. With new medical equipment, doctors at Charles University's General Faculty Hospital in Prague can now offer those patients most at risk of suffering from adverse reactions, tailor-made treatment.

Professor Tomas Zima, head of the Institute of Clinical Chemistry and Laboratory Diagnostics at, introduced me to the Ampli Chip:

"The real Ampli Chip is a relatively small piece of equipment. The real chip for one patient is about 3-4 cm. There is a computer, a screen, and scanner, which is partially bigger than an average computer tower. Finally, there's equipment that's the size of a small copy machine."

So how does the Ampli Chip work? Put simply, it enables clinical diagnostic laboratories to identify certain naturally occurring variations in two genes that play a crucial role in drug metabolism. These variations affect the rate at which an individual metabolises many drugs used to treat cardiovascular disease, high blood pressure, depression, cancer, and other diseases.

Until recently, physicians had no way of determining what kind of 'metaboliser' their patient was and were forced to use the trial-and-error approach. Now, physicians can select the best drug and set the right dose for a patient sooner, as well as avoid drugs that may cause the patient to suffer serious adverse reactions.

According to official FDA statistics, some 33 million people end up in hospital yearly because of side effects to their medication. In the United States alone, some 100,000 die of adverse reactions or side effects. A leading Czech daily has done some research on statistics for the Czech Republic and has found that the number of people who die every year either because they over-dose on medication or are given the wrong treatment exceeds five thousand! Czech hospitals now hope the automated system for DNA testing will reduce that figure dramatically.

Charles University's General Faculty Hospital is the first in post-communist Central and Eastern Europe to acquire the Ampli Chip as, costing somewhere between 7-10 million crowns (an estimated 230-330 thousand euros), it is expensive and was only launched in Europe last year.

"This Ampli Chip for in vitro diagnostic tests is really new all around the world...it has been available for less than a year. There are a total of thirteen Ampli Chips in Europe - eight in Germany, three in the Netherlands, one in Austria, and now one in Prague."

The chip was officially launched in Prague in mid-June and will mainly be used for oncology patients, whose treatment is very expensive and the risk of side effects is high. The process takes two working days.

"One chip costs every person approximately over 400 euros but it is a test that's good for an entire lifetime as the result never changes for a patient. Since it is new technology, it is not covered by health insurance yet but we will start discussing it with insurers in this country and I believe that treatment for a selective group of patients will be covered in the future."

Insurance companies have been quite receptive to the idea. Health care costs for patients undergoing the wrong treatment or suffering from side effects are high and a one-off diagnosis of suitable medication could release the burden on health care systems...

The Ampli Chip cannot be used to assess the chance of people developing life-threatening diseases. But according to Professor Zima, the approval and effectiveness of the chip has launched a whole new revolution in treatment for some of the world's most vicious diseases...

"This is not used as a preventive method. I know that other gene chips are in development. There is the Leuko chip for the classification or description of some types of Leukaemia. Then they are also working on preventive chips to determine the risk factors of cardio-vascular diseases, psycho-psychiatric disease, breast cancer and I believe that this technology will rapidly develop for better prevention and health care." 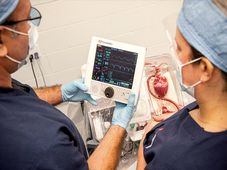 A 65-year-old man from Prague became the first patient in the Czech Republic to successfully undergo a so-called heart in a box transplant.… 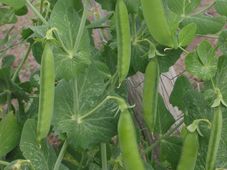 Biotech companies within the PPF Group, controlled by Czech billionaire Petr Kellner, are reporting advances in efforts to extend the…