The soundtrack to the Velvet Revolution 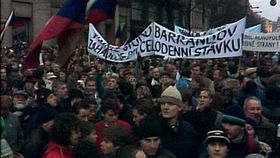 November 1989 in Prague, photo: Czech Television Today’s programme will be dedicated to the Velvet Revolution which brought down the communist regime in November 1989. The events of November and December 1989 had a very distinctive soundscape: the rattling of the keys that thousands of protesters shook above their heads as well as slogans chanted by the crowds. But the soundtrack to the Velvet Revolution is much richer. A number of songs became unofficial anthems of the political change and the heady days of late 1989 are forever connected with music. 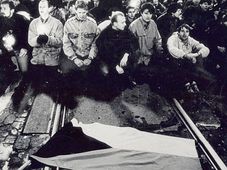