The sons of a respected classical music composer, the Eben brothers -Kryštof, Marek and David- grew up surrounded by music and musical instruments. They received an education in classical music, but sought inspiration from folk, jazz and rock as they searched for their own style of expression. They formed their first folk-rock band in the late 1970s and their ability to combine different music styles and musical instruments created the unique "Eben style“ which captivates audiences. 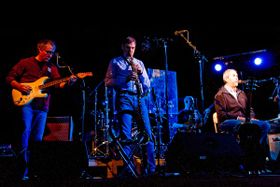 The Eben brothers, photo: Jaromír Adámek, Wikimedia Commons, CC BY-SA 3.0 The Eben brothers are multi-instrumentalists who perform with an ease that speaks of very many musical evenings in the family home. Marek’s guitar, Kryštof’s piano or flute, and David’s clarinet or sax create a unique sound, that goes hand-in-hand with clever lyrics that sparkle with a sharp humour and irony. The lyrics draw inspiration from everyday life, creating an instant rapport with the audience. However the bothers take their time with each song, which have been few and far between. Although they have been around for nearly four decades the Eben Brothers have released just five studio albums.

Despite their musical talents and clever way with lyrics it took a while for the brothers to gain nation-wide recognition. Their first album entitled 'Small Songs to the Twilight' was released in 1984. Their second album, titled ‘Silent Household‘ came after an 11 year break. But it was only their third album, released in 2002, with the hit song "I am working on it" that got them nation-wide recognition. 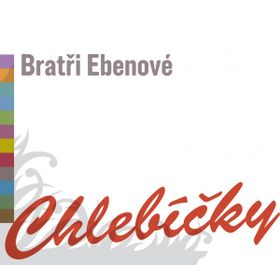 The Eben brothers do not tour or release albums as often as other groups but they are immensely popular in the Czech Republic. Their concerts are packed and their new CDs are snapped up when they do appear. In 2008 they released an album called Chlebíčky – the popular Czech open-faced sandwiches – and in 2014 – their most recent album, came out under the title “Boot time”. It may just about be time for another. 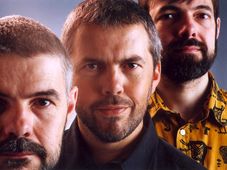 The Czech folk-rock band the Eben Brothers was formed in the late 1970s by multi-instrumentalists Kryštof, Marek and David Eben. The…

The Czech folk-rock band the Eben Brothers was formed in the late 1970s by multi-instrumentalists Kryštof, Marek and David Eben. The…