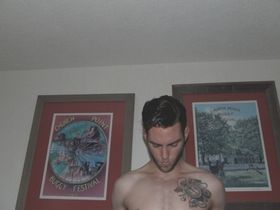 Freddy Ruppert, photo: Freddy Ruppert Freddy Ruppert is an alternative electronic songwriter from Los Angeles living in Prague. At times, ambient, at times melodic and at times wildly inaccessible to the unsuspecting ear; Ruppert’s music always makes for interesting listening. Previously releasing material with the electronic band Former Ghosts, Ruppert went solo when he moved to Prague two years ago, where he has succeeded in making a name for himself with his solo material.