In today's edition of Spotlight we visit the famous Pruhonice Park - a gorgeous destination for tourists that is not at all out of reach, a mere fifteen minute bus ride from Prague. If you love long romantic walks, soft landscapes full of leafy forests, quiet streams, and virgin meadows, Pruhonice is a must.

The park's long history is tied to Pruhonice's castle, the earliest foundations of which date back to the 12th century. Throughout history it was resigned from the Gothic to a Renaissance Palace, then recast in the Empire style, and finally, in the Neo-Renaissance. Set on a promontory, the castle overlooks a sloping path leading into the park, and forms a dominant portion of the skyline. In your mind's eye you can almost imagine lords and ladies in their nicest Sunday finery, promenading along the castle balustrade.

Of the castle's owners over the years, the most important was arguably the Portuguese Count Ernst Emanuel Silva-Tarouca, who married into the Nostitz-Rhineck family in 1885. Silva-Tarouca was an amateur botanist most passionate about landscape design, and it was he who most greatly influenced the layout of Pruhonice Park. Under his supervision it became a veritable oasis, with rare trees, flowers, plants, and alpine cliffs all set in a painterly tableau. Ivan Stana, of the Pruhonice Park authority, explains: 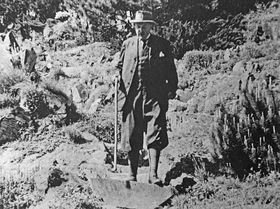 Count Ernst Emanuel Silva-Tarouca "The history of Pruhonice Park is similar to that of most castle grounds: before the 19th century it most certainly would have contained an orchard as well as a beautiful garden to show to guests. But, at that time that would have meant grounds closest to the castle itself. It was when it was bought by Jan Nepomuk Nostitz-Rhineck that first steps towards enlarging the park were considered, and only under Count Silva-Tarouca that it became reality. He threw all his energy into creating what is today a 250 hectare park with 40 kilometres of paths."

Ivan Stana points out that Silva-Tarouca received advice from expert dendrologists - that is, specialists in trees and plants, already much impressed with his work. And that's not all: painters and the art world also had a strong influence on Silva-Tarouca's way of seeing:

"Silva-Tarouca had very refined sensibilities: he and his family were friends with musicians, artists, and above all, painters. The Count was friends, for example, with Josef Manes, who taught him to paint, one of the people who influenced his eye in designing Pruhonice Park."

Taking care of such grounds is no easy task. Underlying principles include maintaining compositional elements designed by its most dedicated owner. As such the park contains a series of winding paths, wooden bridges, weather-chiselled rock gardens, moss patches, and trees so tall at times the sunlight filters through like powder.

But what is it really like? I went and had a look around. I began by opening a steel gate, and then was on my way.

"I've come to a point along the path here, where, along the tall grass along the edge of the pond there are some twenty ducks, all preening their feathers, none of them paying me the slightest bit of attention."

"A large, large pond, around which there are trees of all different kinds, dominant evergreens, and beyond that - the castle itself."

"Hello. Do you speak English or Czech?"

Trio (from South Africa it turns out): "English."

"I'm just doing a report about this park but I wonder if I could ask you your impressions?"

Man: "Well, we've only just started walking, so we're not really sure, but it's a beautiful view from here. And, the flowers look gorgeous."

Younger man: "I've walked from the back, I've been here once or twice."

Man: "I like going where there aren't too many people. It's great." 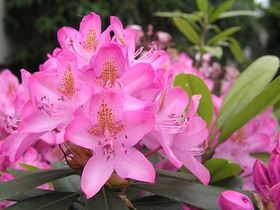 Visiting on a weekday like this is recommended: the park was truly pristine. But, the sheer size of it left me marvelling at the effort it must take to keep it balanced between the cultivated and the slightly wild. What's even more remarkable - though a definite burden - is how few full-timers are actually employed to care for the extensive grounds. Ivan Stana suggests, in that respect, things couldn't be much worse, though he is clearly proud of his small but dedicated team.

"We want to be able to keep maintaining the park at the highest possible standard, not let it become 'just' a recreational area south of Prague. But, there are only 15 - 20 full-timers employed here, which is far less than in the 1960s when there were a hundred, which is closer to the number of people we could use. Funds, though are limited, so there's not much we can do. As usual, this kind of work is a labour of love. If our people didn't love what they do they would have left long ago."

Another problem is that many visitors fail to respect park rules: cutting across meadows where visitors are not meant to tread. Worse, spinning mountain bikes on trails and bends that break the ground, dig up roots, and destroy rare plants. Those are definitely not welcome. The number of visitors yearly is around 100, 000 and that is bound to have an impact. And that's not all: growing satellite cities outside of Prague are also having an impact: eventually Pruhonice will become a literal oasis among new towns. As wild animals are gradually hemmed in, they too move into the park, which doesn't necessarily have a positive effect. However:

"Pruhonice is a classic hunting ground and gamekeepers are required to keep the numbers down, especially deer, who have a negative impact eating rare young plants in the spring."

Under the circumstances the park's keepers do an admirable job. Whatever the future may bring, Pruhonice still looks gorgeous now. What else should you look out for? Quite literally hundreds of different flowers, trees, and plants that include:

"An amazing collection of rhododendrons - some 8,000 separate plants - and different types of azaleas, irises, peonies, water lilies and much, much more. All kinds of trees of rare wood are also on view, as well as evergreens. You'll want to take the better part of the day to see it all, if you really want to get to know this park. There is even a Chinese redwood Metasequoia, along one of the main routes, introduced in 1949."

One down side is that visitors don't get to see the inside of the castle: housing offices for the Academy of Science's Botanical Institute: it is - unfortunately - off-limits. But there are still plenty of other things to see: in the spring and autumn the park regularly holds concerts - of both classical music and other forms to attract music fans. Pruhonice regularly ranks among the top visiting sites for both those from abroad and famous Czechs: actors, actresses, and even presidents. 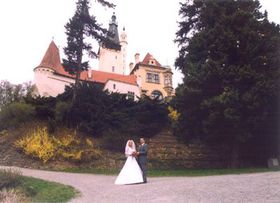 "Neither former president Vaclav Havel, nor Vaclav Klaus, are strangers to Pruhonice: both visit fairly regularly throughout the year. At different times both stop by for short walks, to gather their thoughts, and to meet with others. Some, like Mr Klaus' son even had his wedding here, which is also a possibility we offer visitors. You can have a ceremony under the open sky: one of the areas of financial activity where we receive funds that go back into the park. "

If you're new to Prague but want to take a day to get out of the city with a friend or loved one, you'll do well to consider Pruhonice. In the spring it's especially recommended, Ivan Stana says, when its famous rhododendrons are in bloom. But, he is quick to add you can visit the lush park all year long. Pruhonice park, located on the outskirts of Prague, is to be included in the UNESCO-protected Prague town reserve, according to a…