In this week's Spotlight we'll, for a change, travel outside the Czech Republic - yet in a sense still stay in it - because today we are visiting Prague House in Brussels.

"Prague first got the idea to open a 'Prague House' six years ago when Austria was presiding over the European Union and they opened their Viennese House. And we saw that it was very efficient as concerns creating contacts, being part of a network, doing things which are naturally important for the city: it means trying to get some funding from the European budget. So we decided we would in fact slightly copy the Viennese House.

"Now I believe it's slightly better and after three years since its opening, we see that there are some real results. We have in fact been functioning for one year in very different conditions, naturally, because now we are a full member of the EU. So now, as a priority, we are supporting all our politicians who are active here in Brussels in various institutions. So it's not really just a municipal or regional level. But because Prague is the capital city, naturally, we are supporting all of them."

The primary goal of Prague House is to promote the city of Prague, lobby on its behalf at the EU's various institutions and monitor changes in legislation that can affect the city of Prague. It also monitors EU-funded projects suitable for Prague and facilitates contacts with other regions and partners.

Small lounge of the Prague House, photo: www.praguehouse.org "We do try to promote Prague as a city. It's not so complicated - it's a very good name, but also some projects and various schemes which are prepared by the city or from other regions which are asking for EU financing. For example, [in June] we had a presentation of Prague where we had a waste water treatment company, presenting some refurbishment and new technology which is, I would say, the main municipal or regional project which is coming from the Czech Republic. It was very interesting and I would say even successful because a lot of people from the European Commission and Parliament came and that's part of our duty as well."

The Czech Republic is represented in the Belgian capital in many different ways. It has its embassy in Brussels, there is also the Permanent Representation of the Czech Republic to the European Union, and also a Czech Centre whose mission is to communicate with the local public and boost the image of the Czech Republic as a modern dynamic country. What is the primary difference between those institutions and Prague House? Director Jan Koukal.

Gallery of the Prague House, photo: www.praguehouse.org "I would say that it's in fact Brussels' strategy that they like to distinguish between national or state type of government and the decision-making process, and the regional level. And these two ways of preparing decisions they don't like to mix. I can understand that because it's really a different view and different priorities. On a state level or national parliament level you do have some general issues concerning legislation but on a regional or municipal level, you are really dealing with everyday life of people.

Garden of the Prague House, photo: www.praguehouse.org "So these priorities are slightly different and that's why a lot of capital cities (practically all capitals from European countries) have their representations in Brussels, independent of the state. So the Czech Republic is doing the same."

We already spoke about the various lobbying and networking activities of Prague House but is there also something on offer for the ordinary citizen or visitor to Brussels?

"For example, we had an exhibition of the works of students of Kurt Gebauer's School. We have a few statues of Professor Gebauer's in the garden. We will have workshops here in Prague House, people from various art schools will come to visit us, so I guess it's part of both Prague and Brussels cultural lives. It's good promotion." The daily bread of Brussels officials is often associated with bureaucracy and senseless regulations. But a group of Czechs working… 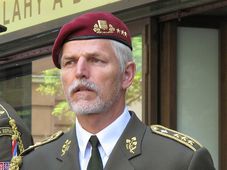 General Petr Pavel: Military only “part of a broader toolbox” in fight against terrorism

The devastation of Tuesday’s terrorist attacks in Brussels, which left more than 30 civilians dead and 200 injured, has begun to sink… 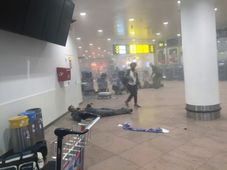