Hrcava, the easternmost village in the country

In today's edition of Spotlight, Dita Asiedu visits the little village of Hrcava. Hidden in the Beskydy Mountains in the Moravian-Silesian region, it is the easternmost village in the country. And although Hrcava lies at the end of a long and windy road uphill, it is well worth a visit as, once you get there, you find one of the most beautiful landscapes in the country with a breathtaking view of neighbouring Poland and Slovakia. 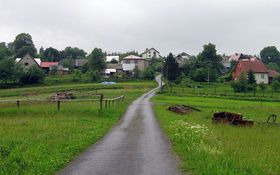 Hrcava, photo: RomanM82, CC BY-SA 3.0 Unported "My name is Ivana Robinkova. I am from Hrcava and I am a teacher at our beautiful school. We are now standing in the middle of the very beautiful village of Hrcava. On the right, we can see Slovakia and on the left we see Poland. Hrcava currently has a population of 278. It is a very interesting village with one Czech school and one nursery school. We have a very important traditional song. It is about Hrcava, because Hrcava is the best!"

Some of you who speak or understand Czech may be a little confused when listening to Hrcava's songs because they are sung in a dialect that is far different from what we are used to hearing in the Czech Republic. That's because the citizens of Hrcava have their own special language. The mayor of Hrcava, Josef Szkandera, explains:

"Our predecessors did not have it easy. We used to be a settlement that belonged to the nearby Polish village of Javorinka but in 1924, the locals began to say that they felt more like part of the Czech lands. They started putting all their effort into becoming a part of Czechoslovakia. They succeeded, and in 1927 Hrcava became a Czech village. The Poles put up quite a fight and even threatened to kill the locals by sending armed men. Fortunately nothing happened. But we now speak in a dialect that we have named Po Nasimu, or 'in our own way' and it is partly, Polish, Slovak, and Czech. Our predecessors made it up and it is quite useful as we're understood almost everywhere in the three countries."

But relations between the local Czech and Polish authorities today are better than ever. In fact, while in Hrcava, it is hard to determine whether one is in Poland, Slovakia, or the Czech Republic. Josef Szkandera:

"We are currently working on a joint project that is called the Future of the Trojmezi - the area where all three countries meet. It is a Czech-Polish-Slovak project and I have to say that relations today are really on a very high level. We're going to ask the EU for financial support. We have got several proposals as to what should be built on the area that joins all three countries. We'll have a little hut where people can have bonfires - a place to relax for some thirty people. It's a really picturesque area - a ravine with a brook running through Poland and Slovakia, a beautiful place where we'll put nice, wooden seats so that those crossing to any of the three countries can have a pleasant trip. It's a small area, just a few metres."

One place that visitors rarely miss is the Lurd Cave, next to which is a spring with mythical healing powers. Legend says it heals the blind - a young boy from Slovakia apparently won his sight back when he came to drink from this spring every day. But refreshing water is not all that Hrcava has to offer. Ivana Robinkova

"Hrcava is special because of its very nice nature. Hrcava also has four pubs, one of which is very traditional and attractive to visitors because it is an old pub, where we can eat traditional food such as 'bramborove placky'. It is made from potatoes, eggs and flour. We also have a local church. Its bells ring three times a day for ten minutes. Inside the church, you find a christening plate made from one piece of wood. Every year in July, the village celebrates the pilgrimage of Cyril and Methodius, attracting thousands of visitors from all over Central Europe. Tourists can stay in the homes of the people of Hrcava." 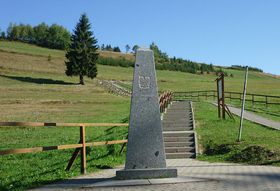 Trojmezí Hrcava's friendly citizens, hidden location and untouched countryside have undoubtedly attracted many a visitor. But despite its special charm, many locals have cause for concern. The little village boasts a rather young population - the average age lies between 37-39 years - but is now suffering from high unemployment.

I.R.: "The people of Hrcava mainly work in the forest and in the Trinec steelworks but the others haven't got jobs because Hrcava is far away from the city."

J.S.: "We're in a bad state. In the district of Frydek Mystek, we're second on the unemployment ladder, with an unemployment rate of over twenty percent. Some of our citizens are about to face another catastrophe. The Council of the Moravian-Silesian region was apparently able to push through a proposal to close down one of the very few open-air schools we have in this region. This means that another five or six Hrcava citizens will be out of work. I fear this could bring us to the top of the unemployment ladder in the region." 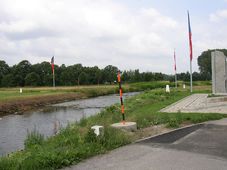 Letter from the Czech-German-Polish tripoint

The tripoint between the Czech Republic, Germany and Poland is situated in the middle of the two protruding “dog ears” atop northern… 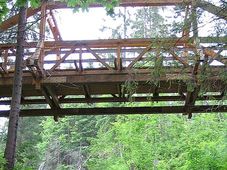 The Four Corners of the Czech Republic, Pt. III: Zaolzie

The location of the Czech-Polish-Slovak tri-border can be described in a number of ways. Geographically, it’s in the Beskydy mountain…

The Four Corners of the Czech Republic, Pt. III: Zaolzie

The location of the Czech-Polish-Slovak tri-border can be described in a number of ways. Geographically, it’s in the Beskydy mountain…