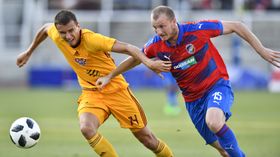 Plzeň were the first in action, when they faced Dukla Prague in the capital in Friday evening’s 2018–2019 curtain raiser.

The champions fell behind in the first half but turned things around in the final quarter to eventually win 3:1.

Plzeň manager Pavel Vrba said the way the game went could benefit his players in the longer run.

“I remember a similar game last season against Jihlava, when we turned the game around and scored to make it 2:1 in, I believe, the final minute. It’s possible that today’s win will help put the players at ease. But it’s also a reminder that the Czech league isn’t as easy as some may think.”

For their part, Sparta also left it late to find the net against newcomers Opava in the capital but in the end secured a 2:0 victory.

Pavel Hapal, photo: ČTK/Ondřej Deml Sparta had only won twice in seven warmup games but trainer Pavel Hapal said that had little influence on the club’s start to the season.

“I sensed some nervousness, but around us, not in the changing room. We worked very hard in the first three weeks of training and were very tired in those games. We didn’t choose easy opponents, either. I believe there is quality in this team and that we will triumph.”

Slavia Prague made the most impressive start to the new season, overpowering Olomouc 3:0 away to claim top spot in the table on goal difference. There were also wins for Bohemians 1905, Zlín and Slovan Liberec in the opening round. 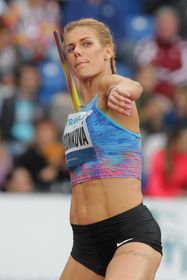 Nikola Ogrodníková, photo: ČTK/Petr Sznapka Nikola Ogrodníková came second in the women’s javelin throw at a Diamond League athletics meeting in London at the weekend. The Czech, who is 27, was beaten by Huihui Lyu of China; her best throw of 65.54 metres was 18 centimetres longer than Ogrodníková’s.

Runner Simona Vrzalová set a new Czech women’s record in the mile at that same meeting in London. She crossed the line in a time of 4:21:54 to break a record set back in 1986. 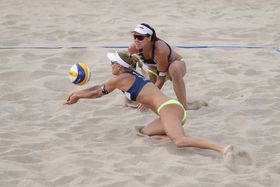