Plíšková “proud” of reaching first major final at US Open 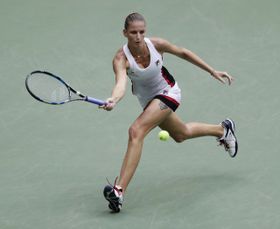 Karolína Plíšková, photo: CTK Karolína Plíšková has put down a major marker as a tennis player to watch in the future after becoming the first Czech woman to reach the final of the US Open in over two decades.

In the end the rangy 24-year-old lost a thrilling encounter 3-6 6-4 4-6 to new world number one Angelique Kerber.

But despite coming off second best in Saturday’s final, Plíšková – who had never previously made it past the third round of a Grand Slam tournament – told reporters she was satisfied with her achievements at Flushing Meadows.

“I think I did a great job. Even though it was my first [Grand Slam] final I was close to winning. She has more experience of playing finals than me so probably that decided it in this match. But I’m still proud of myself. If somebody had told me two weeks ago I was going to play the final of this tournament, I would have taken it.”

The Czech’s impressive run at the US Open has seen her rise to sixth in the world rankings, one better than her previous highest place. 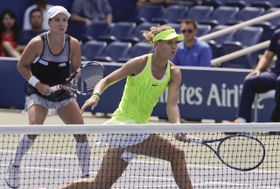 The pair lost the first set in the final 2-6 but fought back to take the next two against Caroline Garcia and Kristina Mladenovic of France for their third Grand Slam victory.

Sitting alongside Mattek-Sands at a news conference, Šafářová outlined the secret behind their successful partnership.

“The chemistry is great. We complement each other so well. Our games just fit. We’ve done so well at all the tournaments. This year has been a tough year for us. Because I was out for half a year with my sickness and missed Australia. Then Bethany broke her finger just before the French Open. But we have both stuck together and we believed that once we were again strong and healthy we could do it again. And we did it – it’s amazing!”

Rosický returns for Sparta after decade and half away 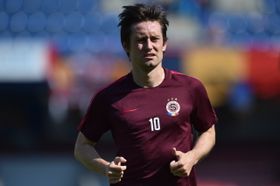 Tomáš Rosický, photo: CTK In the Czech soccer league all eyes were on Sparta Prague versus Mladá Boleslav on Saturday. The reason for the huge interest was the return of Tomáš Rosický for Sparta, 15 years after the midfielder left for Dortmund on a record fee.

Rosický made just a short appearance, coming on with less than 20 minutes remaining, and could not help the hosts to all three points as the game ended 2:2. He had this to say afterwards.

“Naturally I did my best. It didn’t work out, unfortunately. I have to admit we didn’t deserve to win. Boleslav played well and were maybe better, even though the second half went better for us… I feel good on the ball but of course I am lacking match fitness. I need at least a week more proper training before I could consider starting a game.”

This Thursday Sparta are in action away to English side Southampton in their first Europa League group game. Czech titleholders Viktoria Plzeň visit Italy’s Roma in the same competition.