Czech Republic - Denmark, photo: CTK The Czech Republic have been having a very good Ice Hockey World Championships, winning their first five games in Russia. So it was quite a shock when Vladimír Vůjtek’s men suffered their first defeat to the relatively unfancied Danes on Sunday. The Czechs had gone ahead through captain Tomáš Plekanec in the second period before Denmark forced a draw and went on to win 2:1 after a shootout.

Czech forward Michal Řepík hit the post during the shootout. He says he and his teammates only have themselves to blame for the loss.

“We didn’t convert our chances. They had a few chances, though not clear-cut ones, and scored during a power play. Shootouts are a lottery and things went their way. The Danes play differently than other teams. They defended in four in the neutral zone, which caused us problems. Though it was difficult and intense we still created chances. Our mistake was not converting them. Then they punished us.”

The Czech Republic, who lead Group A, will face Switzerland in their final match in the group phase on Tuesday afternoon. 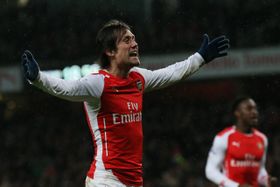 Tomáš Rosický, photo: CTK After 10 years Czech international Tomáš Rosický is set to leave Arsenal. The 35-year-old played for just a few minutes for the London club this season before being side-lined by another of the injuries that have blighted his career. However, the midfielder received loud applause when he was given a guard of honour on the pitch at the Emirates on Sunday and waved goodbye to Arsenal’s fans. Meanwhile there is speculation in the Czech media that Rosický may return to Sparta Prague after 15 years; Sparta boss Zdeněk Ščasný told the news website iDnes.cz that the former national team captain might not play every game but would still be a huge asset to the team. 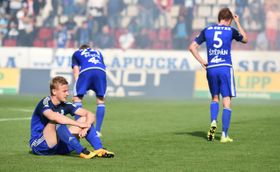 Sigma Olomouc - Teplice, photo: CTK As with other European leagues, the Czech top flight also reached a climax at the weekend. With Viktoria Plzeň crowned champions and Baník Ostrava already relegated, attention was focused on which club would also face the drop, Sigma Olomouc or Příbram. Despite a 6:0 win over Teplice in their last game of the season it is the former who will be plying their wares in the second division next term, after Příbram secured the single point they needed in a 0:0 draw with Jablonec. Olomouc co-owner Josef Lébr has suggested the club was the victim of a refereeing conspiracy and says he may quit the game.

Berdych parts company with trainer after poor start to season 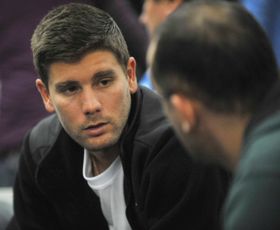 Dani Vallverdu, photo: CTK The leading Czech men’s tennis player Tomáš Berdych has parted company with his Venezuelan coach Dani Vallverdu after a 17-month partnership. Monday’s announcement came days after Berdych lost 6-0 6-0 to David Goffin in the third round of the Italian Open and the world number eight said it had been a reaction to his recent unimpressive form.