Libor Došek, photo: CTK It is rare for players in Czech soccer’s top division to score more than even 20 goals in a season. So it is quite remarkable that veteran striker Libor Došek has already managed to find the net nine times for Slovácko in the first eight games of the season. The rangy forward produced his finest performance so far at the weekend, scoring a hat-trick for the small south Moravian club in their 5:1 defeat of Dukla Prague. Indeed, Slovácko coach Svatopluk Habanec says he wouldn’t be surprised if the uncapped Došek were to receive an international call-up at the age of 36. However, the striker himself isn’t getting carried away.

“It’s the start of the competition, the eighth round. I think I’m old enough to be aware that a time will come when nothing goes in. So I’m enjoying it, I appreciate it, but I’m not making a big deal about it. We have to keep our feet on the ground. If we start to get carried away, we can just watch our game against Hradec Králové or the first half against České Budějovice and we’ll come back to earth fast.”

Plzeň remain one point clear of Sparta at top of table 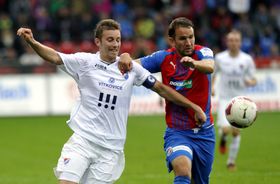 Viktoria Plzeň - Baník Ostrava, photo: CTK Viktoria Plzeň continue to lead the table after a 2:0 home victory over Baník Ostrava. The West Bohemians are just one point ahead of title holders Sparta Prague, who came from behind to beat Hradec Králové 3:1; though captain David Lafata scored twice for the champions, he also somehow missed a gilt-edged chance from just one metre out, putting the ball over the crossbar. Bohemians 1905 beat Slavia Prague 2:0 at their Ďolíček stadium, raising the spirits of fans in the wake of reports that the famous ground could be demolished. 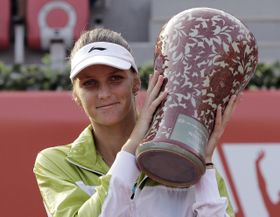 Karolína Plíšková, photo: CTK Karolína Plíšková has climbed to 31st in the world rankings after taking her career second WTA title in Seoul. The Czech, who is 22, overcame Varvara Lepchenko of the USA 6-3 6-7 6-2 in Sunday’s final. Plíšková’s triumph came after defeats this season in the finals of tournaments in Hong Kong, Nuremburg and Pattaya, Thailand. 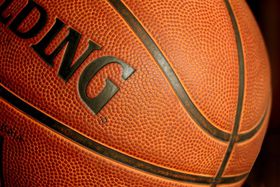 Photo: Miguel Ugalde / freeimages Local basketball fans are in for a treat on Tuesday when the Czech Republic’s women’s team take on the USA at Prague’s Tipsport Arena in a warm-up game ahead of the World Championship, which starts in Turkey next weekend. The game will be a rerun of the 2010 World Championship final when the Americans won 89:69 in Karlovy Vary, though second spot was still considered a success for the Czechs. The US women haven’t been defeated in 26 competitive matches.