Tennis: Berdych sees Czechs through to next round of Davis Cup 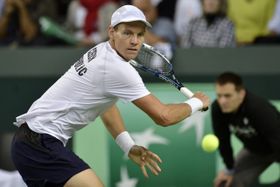 Tomáš Berdych, photo: CTK The Czech Republic at the weekend defeated Switzerland in their-best-of-five match-up to advance to the quarterfinals of the Davis Cup. Tennis player Tomáš Berdych – described by some media as an ‘ironman’ – secured the decisive third point against the Swiss team by downing opponent Stanislas Wawrinka on Sunday afternoon. The match went four sets and the final score was 6:3, 6:4, 3:6, 7:6. Here’s how one of the visiting Czech fans saw developments at the weekend: “It was up to Tomáš Berdych to carry the weight and he did. He is a team player. When he came among the fans afterwards you could see he had really done his best.”

Of course a day earlier, Tomáš Berdych and Lukáš Rosol had won the longest match in Davis Cup history to give the Czech Republic 2-1 edge over Switzerland, hence the ironman moniker – there’s a match that won’t soon be forgotten. The doubles match against opponents Stanislas Wawrinka and Marco Chiudinelli took a record 7 hours and two minutes; the deciding fifth set alone took 215 minutes. The final score was 6:4, 5:7, 6:4, 6:7, 24:22. The previous longest Davis Cup match dates back to 1982 and lasted 6 hours and 22 minutes, when John McEnroe defeated Sweden’s Mats Wilander. 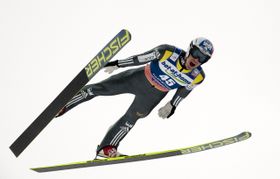 Jan Matura, photo: CTK After recent success in Sapporo, Czech ski jumper Jan Matura is continuing in excellent form, clinching bronze and silver finishes in front of the home crowd in World Cup ski jumping events at Harrachov in the Czech Republic at the weekend. On his first jump in the first event, Matura landed an outstanding 206.5 metres and on his second, he clinched 183.5 metres to earn him bronze. In the afternoon event, he secured a jump of 194.5 metres, winning him silver. Both competition events were won by legendary Austrian jumper Gregor Schlierenzauer who racked up his 47th and 48th victories. 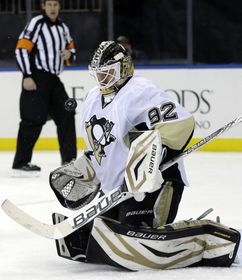 Tomáš Vokoun, photo: CTK Czech defenceman Filip Kuba notched his 800th career game in the NHL on Sunday – the 20th Czech to reach that milestone. In Sunday’s game his team, the Florida Panthers, defeated the Buffalo Sabres by a score of 4:3, coming back from two goals down to get the win. The game-winning goal was scored in the 50th minute by Brian Campbell.

In other NHL action, goalie Tomáš Vokoun failed to stop three out of 24 shots by the Washington Capitals (his former team); his club, the Pittsburgh Penguins romped over the Capitals by getting a hat-trick from Chris Kunitz. The game ended 6:3 in the Penguins’ favour.

Also in the news, a player to watch is 20-year-old goalie Petr Mrázek who has been called up by the Detroit Red Wings. If the club’s goalkeeper Jimmy Howard is rested this week, Mrázek could get his first NHL start. He recently got his first shutout with the Wing’s farm club in the AHL; fans will remember that Mrázek was phenomenal last season in the junior championship and was declared the best goalie of the tournament. Sparta Prague - Plzeň, photo: CTK In the domestic hockey league league-leaders Plzeň defeated Sparta Prague at the weekend, ending a winning streak of 11-straight games. Plzeň defeated the club, which is in third place, by a score of 4:2. Plzeň retain a five-point lead over their nearest rivals, Zlín. In other action, Pardubice defeated Karlovy Vary 4:1, Liberec beat Třinec 5:4 in overtime, and Chomutov beat Zlín 3-1.

A preparation match for football’s Europa League between Viktoria Plzeň and Lokomotiv Moscow went well for Plzeň on Sunday. The Czech club, who face Napoli, downed Lokomotiv by a score of 5:3. Stanislav Tecl got two goals.