In Sports News this Monday: The end of the NHL lockout means an exodus of stars from the Czech Extraliga – Jaromír Jágr says “it’s been great”, while the Kladno coach says the players’ presence did a lot for the domestic game; Lukáš Bauer is weighing up participation in the Jizerská padesátka after a tough Tour de Ski; and Petra Kvitová’s season has got off to a poor start. 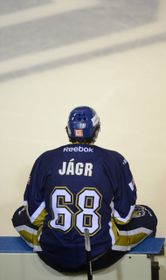 Jaromír Jágr, photo: CTK It’s been great while it lasted, but Czech ice hockey fans are now having to say goodbye to all the star players who’ve been appearing for their local clubs in recent months, with the news that the NHL lockout has – after over 100 days – come to an end. The biggest star has without question been legend Jaromír Jágr, who returns to Dallas after transforming Kladno into one of the most attractive and watched clubs in the domestic Extraliga this season.

In a post on his Facebook page, Jágr wrote “thanks for everything – it was great.” One of those he and Kladno’s other NHL returnees are leaving behind in the club’s changing room is Marek Černošek. The defender says their departure was inevitable.

“In reality, we expected it. There were several deadlines by which they were expected to agree – it was just a question of when the decision would be made. But the players’ presence was a boon to the Extraliga. There was suddenly more interest in hockey, and it was something extra for us too: playing with them and having them in the locker room wasn’t something that happens every day.”

While Jágr has said he hopes to play for Kladno one last time on Tuesday, neither he, Jiří Tlustý nor Tomáš Plekanec were in the line-up on Sunday evening when the team lost 4:1 to Plzeň. Despite what could be construed as an instant downturn in Kladno’s fortunes, coach Zdeněk Vojta says the NHL players’ presence has only been a good thing. 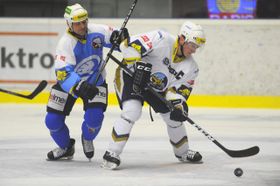 Plzeň - Kladno, photo: CTK “Consider how many thousands of people have started going to hockey games. We practically sold out every stadium when we played away, and we sold out the O2 Arena twice. It was definitely an interesting experience to work not only with Jaromír but with the other players too.”

Perhaps surprisingly, the coach of the Czech national side, Alois Hadamczik has welcomed the end of the lockout. Hadamczik says at least now everything is clearer. 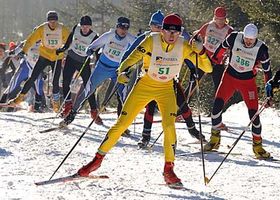 Jizerská padesátka, photo: CzechTourism The leading Czech cross country skier Lukáš Bauer says he is still undecided as to whether to take part next Sunday in the country’s best known race, the Jizerská padesátka, which is held in the Jizera Mountains. Bauer, who is now 35, says it will depend on how quickly he recovers from the just completed Tour de Ski cross country competition, in which he came sixth; it involves a tough seven races in nine days.

Kvitová loses in first round in Sydney, compounding poor start to season Petra Kvitová, photo: CTK The Czech women’s number one Petra Kvitová has not been enjoying the best start to the season. After losing in the second round in Brisbane, the former Wimbledon winner lost 1-6 1-6 to Dominika Cibulková of Slovakia in the first round in the Sydney International on Sunday in a dress rehearsal for the Australian Open. Kvitová is seeded eighth in the first Gland Slam of the season. The leading Czech men’s player, Tomáš Berdych, is seeded fifth.