Sports News: In football, Jablonec, Liberec and Plzeň all secure wins to inch closer to league leaders Sparta Prague; Chelsea – with Petr Čech – lose 1:0 against QPR; hockey goalie Chábera earns a shut-out against Sparta, while in the NHL Vokoun notches up his sixth straight win with the Washington Capitals; and, Czech tennis player Petra Kvitová will face tough opponents in her group in the WTA Championships. 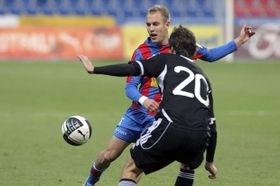 Viktoria Plzeň - Viktoria Žižkov, photo: CTK Jablonec, Liberec and Plzeň all won in football’s Gambrinus Liga at the weekend to pull closer to league leaders Sparta Prague, who are due to play against Teplice on Monday in an away game. Sparta have not beaten Teplice on the road in 10 years, making the match-up on Monday one to watch.

At the weekend Jablonec, second in the league standings, came back from a goal down against Dukla Prague, eventually winning 3:1. Liberec, third, scored in the final minute of their game against Ostrava to take all three points.

Defending league champions Viktoria Plzeň, meanwhile, were kept off the scoreboard in the first half against Viktoria Žižkov but exploded in the second half with four goals to down the Prague club 4:1. After the match, here’s what the team’s captain Pavel Horváth had to say:

“I think that our recent experience in the Champions League against top European clubs may have helped. Not that we’ve been playing all that much faster but we’re playing the ball quickly and it is tougher for opponents to defend.” 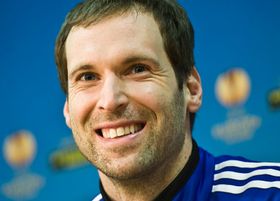 Petr Čech, photo: Filip Jandourek Further abroad, in the English Premier League, London football club Chelsea, with goalkeeper Petr Čech, had an opportunity at the weekend to move into second place in the standings over Manchester United. But the club lost 1:0 against Queens Park Rangers, having two men sent off in the game. QPR were awarded a penalty, and while Čech got a touch of the ball, it was not enough. 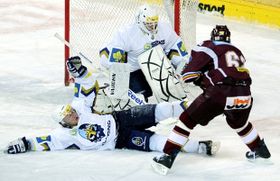 Milan Toman, Jan Chábera, Petr Tenkrát, photo: CTK In hockey, in the Czech domestic league, Kladno goalie Jan Chábera earned a shut-out at the weekend against Sparta Prague – stopping 29 shots. Kladno won the game in overtime. The player told the Czech media that he was enjoying playing for Kladno; the team is currently in 8th spot out of 14 teams. Last season, he took a break from the Czech league, playing in Slovenia. 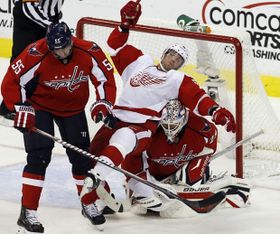 In other action, Ottawa’s Milan Michálek, also on a streak, scored the winner against Columbus at 59:55 of the 3rd period at the weekend. Ottawa took the game 4:3. 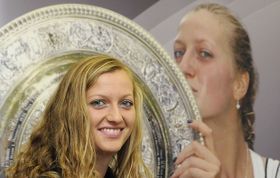 Petra Kvitová, photo: CTK The Czech Wimbledon champion Petra Kvitová will face tough opponents in the red group at the upcoming WTA Championships in Instanbul, Turkey. On the road to the semifinals. Kvitová faces Caroline Wozniak, Vera Zvonareva and Agnieszka Radwanska. Sharapova, Victoria Azarenka, French Open champion Li Na and US Open winner Samantha Stosur are in the white group. Each player will play their other group opponent once, with the top two in each pool moving on to the semifinals. The championship final is to be held on Sunday.