In Sports News this Monday: speed skater Martina Sáblíková takes bronze in the 1,500 metres, bringing the Czech Republic’s medals tally in Vancouver to three; a clash between Alexander Ovechkin and Jaromír Jágr is the key moment as the Czech hockey team lose 4:2 to Russia; Lukáš Bauer comes seventh in the 30 kilometre pursuit; and after dominating ski cross for a decade, Tomáš Kraus fails to make the final the first time the sport is included in the Olympics. 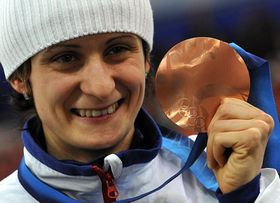 Martina Sáblíková, photo: CTK The speed skater Martina Sáblíková has taken her second medal (and the Czech Republic’s third) at the Winter Olympics in Vancouver, after finishing third in the 1,500 metres with a time of one minute 57.96 seconds. Sáblíková prefers longer distances, and said even she was surprised by Sunday’s bronze.

“I didn’t even want to take part in the 1,500 metres because I was afraid how it might affect my performance in the 5,000 metres later. What’s more, there wasn’t much between the competitors and I didn’t imagine I could take the bronze. My trainer’s tactics were great: to do the first two rounds with my hands on my back and race very technically, which worked out. I had a lot of strength left for the final round and I think that was the decider.”

Martina Sáblíková is widely expected to pick up a third medal on Wednesday in her best distance, the 5000 metres. 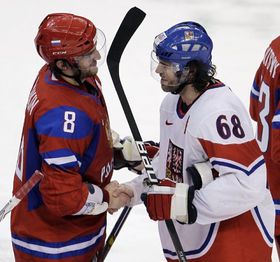 Alexander Ovechkin, Jaromír Jágr (right), photo: CTK After two victories over Slovakia and Latvia, the Czech Republic’s ice hockey team were beaten 4:2 by tournament favourites Russia on Sunday. The key moment came at the start of the third period, when an open-ice hit by Alexander Ovechkin on Jaromír Jágr saw Jágr separated from the puck, allowing the Russians to score their third goal. Afterwards the Czech star blamed himself for the defeat.

“I’d prefer to forget about it, but if I hadn’t made that mistake it would have been a completely different game. We went two goals down and it was hard to get back into it, even though we came close. But my mistake decided things. I made a wrong decision. I saw Ovechkin but didn’t see anybody I could pass to…I tried to go past him, but it was a mistake. I made the wrong choice.”

Jágr and Co.’s next game is a last-16 clash with Latvia on Tuesday. If they get through that, their likely opponents in the quarter-finals will be Finland. 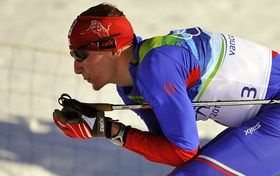 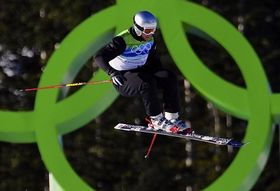 Tomáš Kraus, photo: CTK Spare a thought for Tomáš Kraus. After dominating the sport of ski cross for around a decade, the 35-year-old was hopeful of reaching the podium when it was finally included in the Olympics for the first time. But a mistake in Sunday’s heats ended the dream for Kraus, who says it is too early to say whether he will have another go in four years’ time.