In Sports News this Monday: the Czechs take their first medal at the Winter Olympics, gold for speed skater Martina Sáblíková in the 3000 metres – she now sets her sights on a second gold in the 5000 metres next week; and freestyle skier Nikola Sudová comes 16th in the moguls after gamely taking part in Vancouver despite a recent injury. 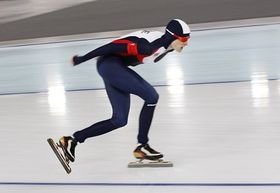 Martina Sáblíková, photo: CTK The Czech team at the Winter Olympics in Vancouver have taken their first medal: gold for speed skater Martina Sáblíková in the women’s 3000 metres. The 22-year-old went into Sunday’s race under a great weight of expectation, both as the favourite and the Czech Republic’s brightest medal hopeful. And Sáblíková certainly didn’t disappoint: she set a new course record of 4 minutes 2.53 seconds to become only the second Czech woman ever to win gold in the Winter Olympics.

“I’ve waited for this the whole time and today I achieved what was expected of me. I’m really grateful for all those who supported me, to my trainer of course who led me through the race, and to everybody here in the arena who helped me right to the end.”

Coach Petr Novák has helped make Sáblíková a world beater in a country with no tradition whatsoever of speed skating, and indeed no speed skating course. He had this to say after her latest, and greatest, success. 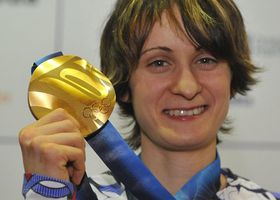 Martina Sáblíková, photo: CTK “I think I haven’t taken it all in completely yet, you could see that I was celebrating, but still I think it hasn’t hit me…I did cry, I wasn’t ashamed of that…I hope people could see us there holding the flag.”

Hopefully Novák and Sáblíková will be celebrating in that Czech flag again in the middle of next week, when the speed skater lines up for the second of her two events, the 5000 m, in which she is also the favourite.

Sudová comes 16th in moguls after going to Vancouver despite injury 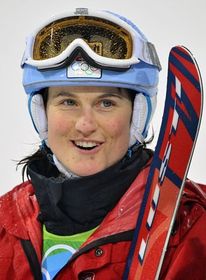 Nikola Sudová, photo: CTK A Czech athlete who will leave Vancouver with less happy memories is freestyle skier Nikola Sudová. She had been suffering from a knee injury ahead of the Olympics and for some time it was not clear whether she would be able to take part in the moguls, in which normally she would have had a decent shot at a medal. In the end, however, Sudová, could only finish 16th, following a poor landing after the second bump. Nevertheless, the 28-year-old says she no regrets whatever about going to the Games.