In Sports News this Monday: at least one member of the Teplice team is suffering from swine flu, but the Czech FA refuses to postpone their game Monday; Tomáš Necid nets two for CSKA in the Moscow derby against Spartak, while Jan Morávek, also 20, scores his debut goal for Schalke; and speed skater Martina Sáblíková comes close to her own world record in a spectacular 5000 m in Norway.

The Czech football association on Monday morning refused a request from leaders Teplice to postpone their league game against Olomouc over a possible outbreak of swine flu at the club. Teplice’s Michal Smejkal was found to have the H1N1 virus on Saturday, while it appears his team-mate Vlastimil Vidlička may also have the illness, according to club spokesman Petr Heidenreich. 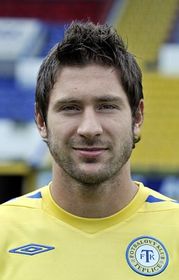 Michal Smejkal, photo: CTK “This morning he went to hospital accompanied by the club’s doctor. He was showing more or less the same symptoms as Michal Smejkal. Whether Vidlička has it or not will be confirmed on Tuesday, when we get the results. We have a lot of players who are showing signs of flu, and they’re falling one after the other.”

A spokesperson for the Czech FA said it had followed UEFA guidelines in connection with the matter, namely that games should not be postponed if players at a club are suffering from a viral illness, including H1N1. Teplice were due to take on Olomouc on Monday evening, after the recording of our programme. In any case, whatever the result, the north Bohemian side are first in the Czech league at the half-way point in the season. 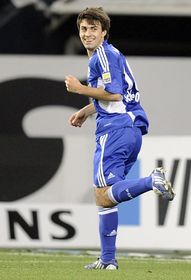 Jan Morávek, photo: CTK Further afield, young Czech players have been making an impact on other leagues. Tomáš Necid scored twice for CSKA in a Moscow derby against Spartak on Saturday; a 3:2 win for CSKA destroyed their rivals chances of winning the Russian league. And Jan Morávek, who is also 20, scored for Germany’s Schalke in their 2:0 victory over Hannover. The midfielder had been on the park for less than a minute in what was only his second Bundesliga appearance. Martina Sáblíková, photo: CTK The Czech Republic’s Martina Sáblíková won the first 5000 m race of the speed skating season in spectacular style in Norway’s Hamar on Saturday, completing the race in 6:50:07, just five tenths of a second short of her own world record. The 5000 metres is Sáblíková’s preferred distance, but she also did well in the 1500 metres in Hamar, coming third in an excellent time of 1:56:34. What’s more, the weekend’s successes came just a week after the 22-year-old had been struggling with illness. Martina Sáblíková is already the greatest Czech speed skater of all time and her fine current form is extremely encouraging ahead of February’s Winter Olympics in Vancouver, where she will likely be the Czechs’ leading medal hopeful.