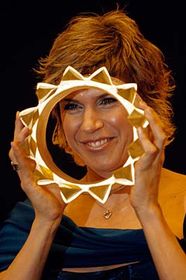 Katerina Neumannova, photo: CTK Skier Katerina Neumannova has been named Czech sportswoman of the year. Neumannova, who won the women's 30-kilometre cross-country race at the 2006 Turin Winter Olympics, was selected for the award on Sunday in a poll of sports journalists. It is the first time a woman has won the award in 22 years. Ice hockey star Jaromir Jagr, who won the prize in 2005, was second while Lukas Bauer, who took silver in the 15-kilometer cross-country race in Turin, was third. 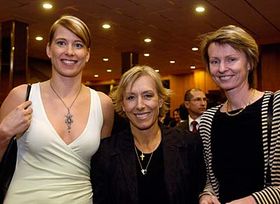 Ivana Vecerova, Martina Navratilova and Helena Sukova, photo: CTK Meanwhile legendary tennis star Martina Navratilova was also at the same event on Sunday to pick up an award as a Czech sporting legend. Navratilova - who defected from Communist Czechoslovakia in 1975 and has been an American citizen since 1981 - said that she had picked up a few awards in her life but that this was the first time she could give her thank-you speech in Czech. 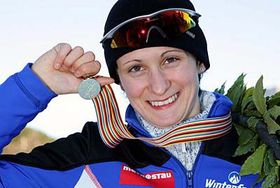 Martina Sablikova, photo: CTK Czech speed skater Martina Sablikova certainly had a weekend to remember at the European Championships in Collalbo, Italy. Not only did she win three gold medals, she also set three new world records and had the best aggregate results to become the youngest European allround champion in history. The twenty-year old skater triumphed in the three thousand and five thousand metre disciplines. Her time in the final five thousand metre event was just enough to pip Dutch skater Ireen Wust by 23 thousandths of a second to become the overall winner in the four-event competition. Speaking shortly after winning the title, Sablikova was gracious in victory:

"Naturally, I feel sorry for her. If she had gone a couple of seconds faster, it would have been her that won it. There was hardly anything between us, but fortunately luck was on my side." 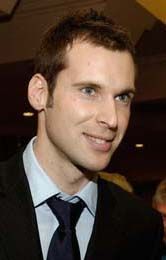 Petr Cech, photo: CTK Staying with football and Chelsea's Czech goalkeeper Petr Cech says he is ready to return to action soon after making a remarkable recovery from fracturing his skull in a horrific collision in October. Cech - who was initially expected to be out for the rest of the season - could be back in action as early as next Saturday for Chelsea's game against Liverpool, although he may still be required to wear protective headgear as a precaution. 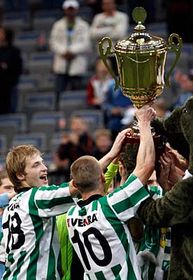 Bohemians 1905, photo: CTK Fans of Bohemians 1905 finally had something to cheer about when their team won a five-a-side tournament at the weekend. The second-division club overcame top flight opponents such as Sparta and Slavia to win the indoor competition. The Kangaroos, as Bohemians are affectionately known, almost went out of business in 2005 before a fans action group managed to save the club.