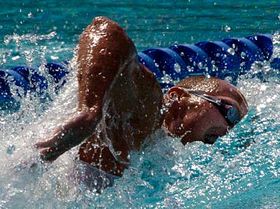 Kvetoslav Svoboda, photo: CTK The leading Czech men's swimmer Kvetoslav Svoboda just missed out on a medal at the European Short Course Championships in Helsinki at the weekend. Svoboda came fourth in the 200 m freestyle, finishing just eight tenths of a second short of third place. But he didn't leave the Finnish capital too disappointed.

"I'm 100 percent satisfied with fourth place. It's actually the eighth time that I've come fourth in world class competitions, though this time I enjoyed it more. That said I wasn't happy with my time - it was pretty slow."

Kvetoslav Svoboda's next chance to stop coming fourth and actually reach the podium will be at the World Championships in Melbourne in March.

A number of Czech ice hockey starts have been making headlines in the NHL for all the right reasons. After nine weeks out with an ankle injury, forward Martin Havlat made a brilliant return for the Chicago Blackhawks: Havlat scored two goals and made one assist in his first game back on Saturday, scoring again and notching up another assist the following evening.

Jaromir Jagr, meanwhile, has returned to the top of the players' points table; after great work with fellow Czech Martin Straka, Jagr scored one goal and made one assist for New York Rangers on Saturday, notching up another assist on Sunday.

And after an indifferent start to the season, Patrik Elias is now in fantastic form: the New Jersey Devils captain was man of the match in their 5:1 win over Boston on Saturday, picking up two points to add to another from a game on Friday.

Czech goalkeeper Jan Lastuvka has had a torrid introduction to English football. With Premierships side Fulham's first choice keeper out, Lastuvka - on loan from Ukraine's Shakhtar Donetsk - is filling for at least a month. He conceded two goals in his first outing, a 2:0 defeat at Blackburn. A trip to Anfield on Saturday was even more disappointing, as Lastuvka let in four against Liverpool. Despite the 4:0 score-line, however, the Czech's own performance came in for some praise in the media.

North of the border, meanwhile, Libor Sionko celebrated his return from injury with a goal for Glasgow Rangers in their 3:0 win over Hibernian.

Here in the Czech Republic there has been a good deal of speculation about which first division stars will be moving on to greener pastures during next month's transfer window. Among those in the frame are Sparta Prague's Tomas Sivok, said to be a target of Everton, and Liberec's Tomas Zapotocny, another player with international experience. 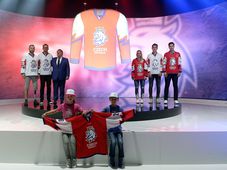 In the Czech Republic, ice hockey – not football – is arguably the national sport. Hockey has been a part of the culture since the…