Czech Christmas wouldn’t be complete without traditional Christmas carols. To mark the occasion, we’ll be listening to an album entitled Christmas for Grown-Ups or Vánoce dospělých. The album was recorded by the Concept Art Orchestra, a leading Czech jazz band, and offers a slightly different take on the traditional seasonal repertoire. 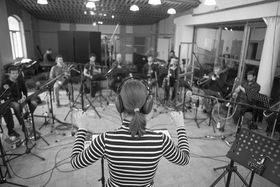 Concept Art Orchestra, photo: Jiří Thýn / Czech Radio The nine tracks on the album Christmas for Grown-Ups include traditional Czech carols, such as the 17th century song Wishing He Sleeps by Adam Michna z Otradovic, as well as new compositions loosely inspired by Christmas, for example poems by the local poets Jan Skácel and Fráňa Šrámek.

All songs and arrangements were done by The Prague Six, a group of composers who have been collaborating with the Concept Art Orchestra, who were also behind the previous eponymous album The Prague Six, which received the Czech Music Academy Award for the best jazz album of 2015.

All of the songs are performed by leading Czech singers Dan Bárta, Markéta Foukalová and Milan Cimfe, who were invited to collaborate on the project. 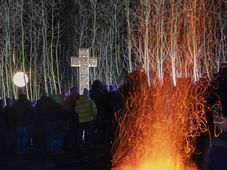 Christmas in a forest

An unusual forest church for Christmas nativity gatherings has been created at the village of Neznašov in South Bohemia. It is the…