A brave few women: the forgotten legacy of the American Ladies' Club in Prague

The American Ladies' Club was formed in Prague out of the initiative of the prominent Czech bachelor Vojta Naprstek (who later married one of its members), who believed in the power of the woman and her right to lead a fulfilling life; not just as a housewife and mother but as an educated part of the Czech population. Join us as we look back at the legacy of this club, founded 140 years ago this year.

Jana Souckova, is the director of the Naprstek Museum in Prague:

"The American Ladies' Club was established in 1865 by a group of well situated women in Prague, who regularly visited the home of the well-off Prague citizen Vojta Naprstek. The club was established with the aim to educate and get together young ladies and women who had not had the chance to educate themselves or take part in common activities in favour of their further progress."

Why was it called the "American" ladies' club? 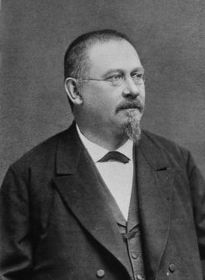 Vojta Naprstek And it wasn't a feminist club either...

The time was ripe in 1860 to form the American Ladies' Club as the late nineteenth century witnessed growing nationalism in the Czech lands, which were a part of the Austro-Hungarian Empire at the time, and the Czech male community knew independence could only be gained with the active support of their women. The club was indeed an "American" or modern one, as it presented the newest scientific information to its club members and used modern methods of organisation. In a public declaration, Vojta Naprstek said women should use as many household tools and machines as possible to carry out their daily chores in order to have enough time for education, which they were given in his Prague villa and large library:

"The ladies came to lectures at the villa, where university professors, travellers, and writers were invited to share their experiences and knowledge because until that time, there was no organisation or institution that accepted young women for higher education programmes. The first high-school for ladies was established much later in Prague."

The club was formed with 49 members, including the famous Czech writers Karolina Svetla and Sofie Podlipska but also women who were from poorer families but eager to be educated. It is believed that over 1,500 women passed through the club while it was active. But it was not until the Prussian War in 1866 that it was accepted and gained public recognition:

"It was very unusual in Prague that women gathered at the private home of a bachelor. So, for the first few months society was a little suspicious of their activities. The club only gained recognition by the Prague society when it helped the injured during the war when they regularly visited hospitals or helped orphans, for example."

Club members were mainly involved in charity work. They organised school trips for school children at which they taught them to sing, played various games and learned new sports, such as badminton, for example. They read to the blind, guided visitors to various exhibitions, integrated people with disabilities into the rest of society, and sent presents and set up Christmas trees at various hospitals and institutions.

"The club was active until 1948. By that time, after the February revolution in this country [after which the Communists came to power], many of these societies or clubs were abolished and this was also the fate of the American Ladies' Club. Its activities were resumed in 1996 by a group of ladies. Since then, some one hundred women have been organising regular events and programmes at the Naprstek Museum."

And if you happen to live in Prague or are planning a trip to the city before September 4th, you can find out more about visit the American Ladies' Club at the Naprstek Museum, which is currently housing an exhibition on the occasion of the 140th anniversary of its foundation.