The oldest technical university in Central Europe, the Czech Technical University, is celebrating its 300th anniversary this year. This Prague based institution is connected with such notable personalities as Frantisek Josef Gerstner, who constructed the first horse-driven railway in Austria, Christian Doppler, perhaps best-known for the discovery of the Doppler principle, and also Czech electrical engineer Frantiek Krizik and architect Josef Zitek. "Three hundred years ago, on January 18, 1707, Emperor Josef I issued a special decree in which he gave permission to [fortification engineer] Christian Josef Willenberg to start with engineering teaching, an engineering education in Prague. In this decree, it was written that this education should be paid for by the Czech general estates, the Czech nobility. The Czech nobility was not in a hurry to start paying for this education. But approximately ten years later, at the end of 1717, they started to pay and Christian Josef Willenberg started to teach."

Who were the first students?

"The first students were twelve. Six of them were members of higher nobility, three came from lower nobility and the last three, but not least, were burghers."

And what were the subjects taught at that time?

"In the first century of existence, in the 18th century, the number of students slowly increased and the teacher was only one - with some assistants but there was only one professor. At the end of the 18th century, Professor Frantisek Josef Gerstner proposed to the Habsburg Emperor a reorganisation of engineering education. First he proposed a new polytechnic in Vienna corresponding to Ecole polytechnique de Paris which had started a few years before. This proposal was very complex. But of course, it was expensive so the Emperor's decision was no. After that Gerstner made a smaller and much cheaper proposal for Prague where the hundred-year-old tradition of [engineering] education was still living and he transformed the engineering school to the Prague Polytechnic, a real polytechnic covering all technical courses of the time. It was a very modern proposal but, of course, corresponding to the size of the Czech lands."

We should also mention what was the language used for teaching...

"The separation was much later. It was in the 1860s and the separation was a natural development of the relations between Czech and German students. At the beginning, I think, the Czech part was smaller but its development was faster. That means at the end of the 19th century, the Czech part was larger than the German one. We can say that the professors taught very often in both branches and, for example, in architecture, Professor Zitek, who was Czech, was teaching in the German branch and Professor Schulz was teaching in the Czech branch - and both were cooperating very closely because the symbol of the Czech nation, the National Theatre was designed originally by Professor Zitek and after the fire it was reconstructed according to a proposal by Professor Schulz. The Prague Rudolfinum concert hall was designed by both these professors and I think also the National Museum was also a common work of the professors from German and Czech part of the Prague Polytechnic. But it was one school, of course."

What was the status of the institution at that time? It was no longer paid for by the estates, I presume.

"Yes, the status of the Prague Polytechnic was issued in 1863 when the polytechnic was changed to a real university, led by an elected rector and from this time the university started to develop faster. At the end of the 19th century the number of students was more than 1000."

When were first women students accepted?

"I think it was at the beginning of the 20th century. I think it was at a similar time when we received the right to give the titles of doctors in technical sciences and also honorary doctorates."

Today, with 23,000 students at seven faculties in and outside Prague and as many research institutes, the Czech Technical University remains the primary source of engineering talent in the Czech Republic even after 300 years of existence. 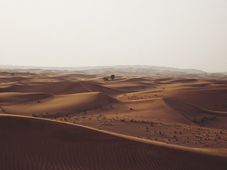 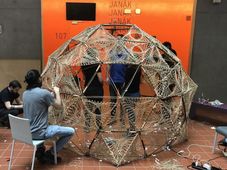 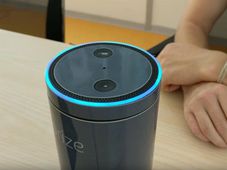