The world's largest passenger plane, the Airbus A380, successfully completed its test flight last week. The aircraft that can carry up to 840 passengers took off from its production site in the French city of Toulouse but the aeroplane is a truly European cooperation. For example its wings and engines are built in the United Kingdom, the tail comes from Spain and Germany. But it's little known that Czech scientists, too, had their share in the project. 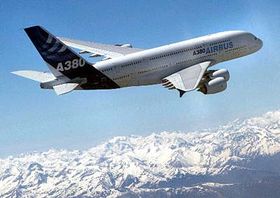 Airbus A380, photo: CTK Many safety parameters have to be calculated for every aeroplane but not only concerning the safety of the aircraft itself but also other planes flying in its wake. Ivo Vasa from the Nuclear Physics Institute describes the task of the Czech team.

"There are prescribed distances between two planes in the landing phase, and this distance depends on the plane size. There are several distances between the different sizes of planes, and for this case, or let's say the biggest existing plane, the distance is up to six or seven miles. It was expected that for this largest plane there will be a necessity to define a larger distance. And our role in this team was the calculation of the largest turbulence behind this new Airbus." 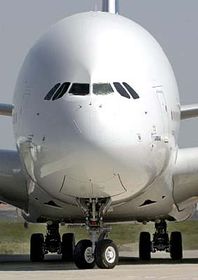 Airbus A380, photo: CTK If you're wondering how nuclear researchers can participate in aviation projects - the answer is simple: both fields deal with fluids. Nuclear reactors need water for their cooling systems and planes fly in the air - which in terms of physics behaves as a fluid.

"The behaviour of both air and water are described by the same set of mathematical equations. So it's a contact point of our nuclear skill with the participation in the Airbus project, because we have very modern codes for calculation of fluid dynamics. Our participation originates in the comparison of our skills in the field of fluid dynamics description and possible utilisation of these skills in special calculation for turbulence behind this big aircraft." 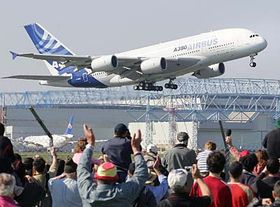 Airbus A380, photo: CTK Ivo Vasa and his team from the Nuclear Physics Institute keenly followed the four-hour maiden flight of the Airbus A380 last Wednesday and Mr Vasa says he'd like to fly in the giant aircraft as soon as he gets the chance.

"I hope yes, because it must be a very nice feeling to be sitting on a plane that you participated in, even if it is a very small part in its development. So I am looking forward to the occasion when I have the chance..." 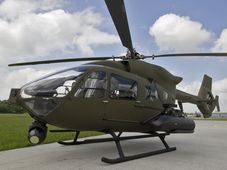 A huge military contract to purchase around a dozen helicopters is taking shape in the Czech Republic, iHned.cz reported on Thursday.… 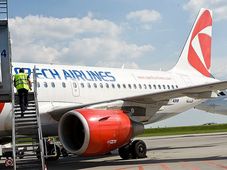 Czech Airlines has sealed a deal which means a large part of its future fleet will be leased and not owned. The financial burden of… 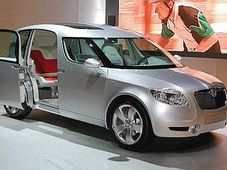 In Business news this week, A French pharmaceutical company acquires a stake in a Czech company, the Czech Republic's currency rating…