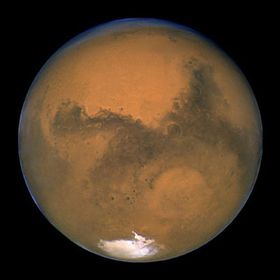 Mars, photo CTK There are a wide variety of stories making the headlines in Thursday's dailies, though most carry front page photos of Mars, which is at its closest to the earth for 60,000 years. Pravo and Lidove Noviny have what appears to be the same photo, except in Pravo Mars is orange coloured and in Lidove Noviny it's red. The face of athletics star Roman Sebrle is also splashed across the dailies, after he came second in the decathlon at the World Athletics Championships in Paris.

Mlada Fronta Dnes leads with the story that Czechs are watching less and less television; people are reportedly watching one third less TV than they were at the start of the year. One media watcher tells the daily it is too early to say whether the trend is permanent or just a consequence of the hot summer we have been having. Meanwhile, somebody who works in advertising tells the daily the explanation is simple: there is nothing worth watching on Czech television.

The trial of the young far-left magazine publisher David Pecha is like something from the dark days of the communist era, Freedom Union MP Hana Marvanova tells Pravo. Ms Marvanova, who herself got in trouble for expressing her opinions under the communists, tells the daily that such prosecutions are the sign of a weak regime.

And staying in the past a moment, Hospodarske Noviny carries a very interesting article by Vladimir Rogl, who describes how in 1975 a young StB secret police agent tried unsuccessfully to recruit him as an informer. On a recent visit to the town of Pardubice, Mr Fogl saw the agent who had attempted to bully him and threaten him in the mid 1970s.

Times have changed of course and the man is now a successful businessman involved in several companies in the area. Intending to expose the former StB man, the author prepared an open letter for a local newspaper, only to be warned that his old agent had connections to the criminal underworld and publication might result in some kind of violence against him. He did not publish the letter. 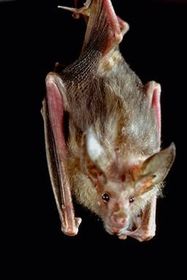 Imagine this scene: you come home from holiday looking forward to sleeping in your own bed and you find in your flat nothing less than 500 foul-smelling bats. That was the experience of a woman from Plzen on Wednesday, reports Pravo. The woman was in absolute shock, an animal welfare officer tells the daily: there were around 50 bats flying around and the rest were hidden away in various nooks and crannies. On the ground there were "a million droppings". The bats evidently got into the flat via an open window.

And Pravo also carries an interview with Petr and Matej Forman, the twin sons of film director Milos Forman. The Forman brothers are themselves directors, not of films but of a production of the Philip Glass opera "Beauty and the Beast", which opens at the National Theatre on Thursday. On the subject of the National Theatre, they say the theatre is unlucky in that everybody knows it but few young people ever go there. 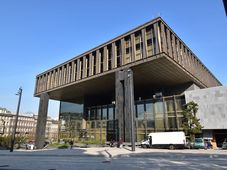