Although the Czech Republic is better known in sporting circles for its ice hockey and football prowess, it also has a surprisingly strong horse-racing tradition, which dates back to the days of the Habsburg Empire. For well over a century, the highlight of the racing season in this country has been the Velka Pardubicka steeplechase, which is sometimes known as the "Czech Grand National". 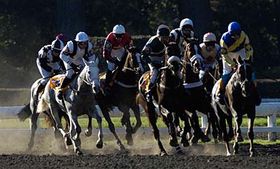 Photo: CTK Over the years this race has developed a reputation as one of the most gruelling and challenging steeplechases in the world and it has long occupied an important place on the Czech sporting calendar.

Miroslav Petran is chairman of the racecourse in the east Bohemian town of Pardubice, where the event is held every year:

"Velka Pardubicka is the oldest traditional Czech sporting and cultural event. This tradition started in 1874 and has been continuing successfully to this day. I think it's a very special race, which is why so many Irish, English and Scots, etc. come here. I think for fans of point-to-point racing this is a very special race and people love it."

As Miroslav Petran suggests, the Velka Pardubicka event's longstanding reputation as one of the world's most enthralling steeplechases has been attracting increasingly large numbers of visitors from traditional racing strongholds such as Ireland and England.

Many of these racing aficionados now regularly attend the Pardubice meeting when it takes place every October. Besides coming for the wonderful spectacle of this extremely tough and exciting cross-country event, Miroslav Petran says that they are often drawn to Velka Pardubicka because of the race's uniquely intimate atmosphere: Peter Gehm and jockey Josef Vana, photo: CTK "I think what's special is that everything is in front of you when you come here. This is different to most English race courses because you are very far removed from the action there. In Pardubice, the racing takes place in front of you."

One person who is especially familiar with the atmosphere of the event is German jockey Peter Gehm, the only man to have won the steeplechase on four consecutive occasions. Although, he has now retired from racing after a suffering a serious injury, he still regularly attends Velka Pardubicka to savour its special ambience:

"It's extremely friendly here. All the people are really friendly. And for the Pardubice race there so many people here and they are really close to the action. They are all screaming and shouting when the horses are on the track and it's a really extreme atmosphere." 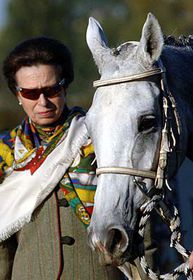 Princess Anne, photo: CTK Once again this year's Velka Pardubicka was attended by huge crowds, including many foreign racing buffs. Even Britain's Princess Anne, a well known equestrian enthusiast, found the time to fit in a visit to the race while on a state visit to the Czech Republic. I asked some of those who had travelled from far and wide to come to the event what the attraction was:

"We're involved with horse-racing back home in Wales, especially point-to-point racing. We just thought this would be a good place to come. We came once and haven't stopped coming back since then. We still keep coming every year."

What's distinguishes it as a race meeting? Does it have any defining characteristics?

"It's just a fantastic race. And the atmosphere and the people in the race club are just fantastic. We just love it here. I think it's a very unique event. It's just so friendly. The likes of Cheltenham and Punchestown in Ireland are not so personal. Everybody here sort of knows each other. The same people come every year and it's just got a great atmosphere."

"Certainly as far as excitement is concerned, it's right up there with the other great steeplechases. English people are now invading this place. I was here long before the English discovered it, but every year there are more and more coming here. And they are certainly coming because it's such an incredibly exciting race."

Although the standard of Czech horse-racing still lags far behind the likes of England and Ireland, the Velka Pardubicka event has a reputation and tradition that is comparable to major races on the British Isles such as the Aintree Grand National. Rudolf Popler, photo: CTK Throughout its long history stretching back to 1874, Velka Pardubicka has thrown up its fair share of drama. Distinguished riders who took part in the race include the Englishman George Williamson, who is to date the only man to have won both the Velka Pardubicka steeplechase and the British Grand National.

Another legendary participant was the Czech jockey Rudolf Popler who won the steeplechase two times. He died prematurely following a fall on the Pardubice course while racing in another event just hours after finishing second in the 1932 Velka Pardubicka race. The jump where he met his end still bears his name to this day. 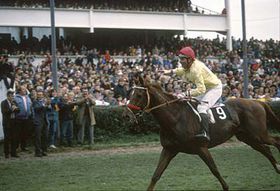 Zeleznik, 8.10. 1989 Famous horses who have taken part in the race down through the years include the four-times winner Zeleznik and Korok, a horse whose celebrated heart and courage enabled it to overcome a slight lameness and win the race three times.

Petr Gehm says that the weight of such tradition and history ensures that victory in the Velka Pardubicka steeplechase is a highly prized honour among the racing fraternity:

"I think if you are a professional jockey, you have dreamt from a very young age of winning big races. And Pardubice is a famous big race. People have heard of it in England, Germany, Ireland and all over the world. Riders know what kind of race it is and how difficult it is to win it."

There are some who say the sheer difficulty of the Velka Pardubicka race course, which is a gruelling 6.9 km long and has 31 extremely challenging obstacles, is more of a burden than a benefit to the event. They argue that it scares off top foreign owners and trainers who don't want to risk their horses on such a daunting track. 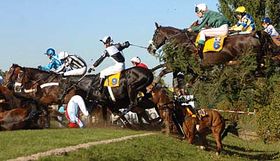 Photo: CTK All of the punters I talked to, however, were convinced that the specific challenges of the Velka Pardubicka course were precisely what made the annual steeplechase such a satisfying spectacle.

"It's a real test of a horse and a horseman. It's a hard old course to follow as well, but it's good and it's enjoyable."

"It's a long-distance race and it's over obstacles that no other country's got really. It's just unique" 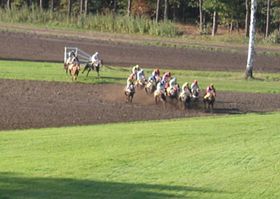 There are some people who say that it's almost too tough and challenging, especially for the horses...

"No, you can't make horses jump. If they don't want to jump they'll simply refuse and that'll be it. It's just a great spectacle and a lot of English come over for it. It's a great day out."

"The Grand National used to be the finest steeplechase in the world, or so people always said. Far be it from me to say this, but it seems as if that race has got slightly easier. I'm not saying the race should be tortuous for the horses, but I think they need more of a test nowadays. To be honest I think that's why you don't get so many British runners here, because a lot of these runners basically just don't want to try their horses in the real, hard marathon races like Velka Pardubice with its hard fences." 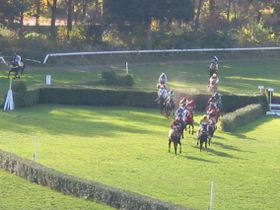 "I rode point-to-point for many years and if I were a younger man I would love to ride round here myself. It's more like a cross-country course, but it takes a bit of getting round. The obstacles I would worry about are the water jumps. I've walked the course and those jumps are solid underneath. If you miss a water jump, you are in trouble, because they are all hard underneath.

"I think British jockeys would have difficulty getting around here, because they are more race jockeys. This is more a course for horsemen and it takes a particular type of person to get around here safely. But it's a very, very unique race, and it's very, very good." The Velká pardubická, regarded as one of Europe’s toughest steeplechases, was first held in 1874. The 129th edition was won in Pardubice… 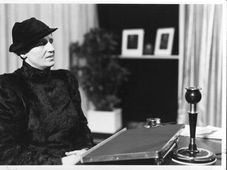 The Czech Republic has a long tradition of horse racing and the most celebrated race of all is the Great Pardubice, or Velká pardubická.…