Many in the Czech Republic, which is home to the first pilsner, believe Czech beer is the best in the world. In the past, Czech brewers shared their expertise with the rest of world and breweries in countries as distant as Colombia, the United States, Turkey and Venezuela were built by Czech engineers. In this edition of Panorama, we look at the art of Czech brewing today.

The original Czech pilsner dates back to 1842 when the honourable burghers of Plzeň, disgruntled with the poor quality of their beer, hired a Bavarian brewmaster who invented the plzeň, or pills beer. This type of beer dominates the Czech market today and when abroad, many Czechs go out of their way to get a beer just to their liking. In Prague’s Pivovarský klub, or Brewing club, I sat down with Evan Rail, a Prague-based American beer expert, the author of the Good Beer Guide - Prague and the Czech Republic.

“For me, I think it’s definitely the best of its kind of beer in the world. The problem is that many Czech people don’t realize that Czech beer is only one style of beer, and that there are many styles. Beers in Belgium are very different from those brewed here in the Czech Republic, and it’s really impossible to compare, it would be like saying, our apples are better than their oranges. If you like India pale ales, or if you like Belgian ales, or saisons, or bierres de garde, or if you like alt, or if you like Lord knows what. The variety of beer is almost infinite, and very little of that is produced here.”

But Czech brewers are coming back with more than 50 micro- or craft breweries having opened in the country since 2000. One of them in the Prague area of Suchdol, is very special. Set up in 2006 at the campus of the Czech Agriculture University, it’s used for teaching future generations of brewing engineers. Its designer and brewmaster Ladislav Chládek has had an impressive career in brewery construction.

“I‘ve been involved in beer production since 1976 when I started working at a continuous beer production line at the research institute for breweries and malteries in Prague. Altogether, I built 22 small and pub breweries. I built my first brewery in 1986 when a school in Prague asked me do design a tutorial brewery for students in Podskalská Street – the oldest school for brewers in the country. The second was a pub brewery, Novoměstský pivovar in Vodičkova Street near Wenceslas Square in Prague. The last brewery I designed is this one here, at the Czech Agricultural University.”

Since his first brewery in 1986, Mr Chládek has designed and constructed small craft breweries in many countries.

“I built two breweries in Japan, one on Honshu Island, the other on Kyushu. Another two breweries I built in South Korea, in Seoul. Then in Kazakhstan and also in Greece, in Germany, in Russia and so on.”

Do people in Japan and Korea like beer? Is it popular?

“Well in Japan, Czech beer is very popular, just like Czech music. When I arrived in Japan, they asked me if I was an orchestra conductor or a first violinist. When I told them I was a brewmaster, I received the same warm welcome.”

The beer brewed at the Suchdol agriculture university is called Suchdolský Jeník. Named after the university rector Jan Hron and brewed by students, it’s distributed exclusively in shops and pubs located at the campus. Evan Rail says the students are doing a great job.

“Their beer is wonderful. I made a special trip out there with a colleague just to taste it. It’s not widely distributed; it’s brewed by students and largely sold to students. But it’s an excellent kvasnicové pivo, yeast beer, it’s very refreshing and bright and very hoppy, with a lovely malt body. It’s an excellent beer anyone would be proud to make, especially students. I think they should be quite proud of it.”

Ladislav Chládek says the university brewery is just like big, industrial breweries but much smaller – it only produces some 500 hectolitres of beer a year.

“This university brewery has two purposes. First, it’s used for the instruction of our students; the other is research of different varieties of hops and barley for beer production. ”

Are many students interested each year in taking courses at the brewery?

“Yes, we get many students every year, and not just boys; girls are also involved in this education programme. And in summer courses, we have American students. The history of Bohemian brewing course is very popular with them.”

The brewery at the campus of the Czech Agriculture University in Suchdol opened in 2006 and graduates of the beer brewing programme will be ready to continue in the footsteps of engineers who spread the fame of Czech brewing around the world.

“After the political changes in 1989, it became possible to go to the whole world. Under the communist government, you know, it was only possible to design breweries in the Soviet Union. Every year, one huge, industrial brewery was constructed there. And now, you can find Czech brewmasters in many countries. In the south of Europe or in the Americas, both South and North. I have also now been asked to go to Australia to set up a brewery. I think I’ll send my colleague to go there, he is keen on it.”

The revival of Czech brewing reputation has also influenced the home beer market. The largest beer producer in the Czech Republic, Plzenský Prazdroj, or Pilsner Urquell, currently has more than 50-percent share of the market. Two of its brands, Pilsner and Gambrinus, are now on tap in most Czech pubs but increasing numbers of smaller, regional breweries cater to people who are looking for something more than just generic, industrial products. Evan Rail says that for Czech beer aficionados, things are going well.

“I think that the quality of Czech beer is by and large increasing. I wasn’t here in the early 1990s, but from what I’ve heard, Czech brewing is firing on all four cylinders at this point. Yes, most of the large breweries have been taken over by international corporations. Yes, many of the large breweries have closed, but there is a new resurgence of small and regional breweries that’s just happened in the past few years. I think that the tendency for breweries to close has stopped while a tendency for new breweries to open up has started. And I think things are only getting better. Many of the beers that they are making are also much more diverse than they were before. “

To taste Suchdolský Jeník for yourself, bottled or draught, just visit one of several shops and pubs at the university campus in Prague – Suchdol. 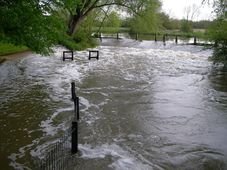 A new Land and Water Centre has just been established by experts at the Czech University of Life Sciences in Prague. Its aim is to… 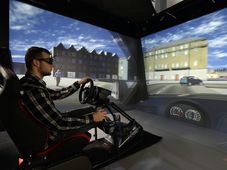 How would you react if you were on a boat that suddenly began to sink or if someone suddenly jumped in front of your car? Such scenarios… 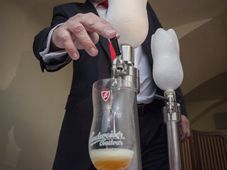