London to host 17th Made in Prague Film Festival

The 17th Made in Prague Film Festival is due to kick off in London this Saturday. In the course of the next five weeks film buffs and music lovers will be able to take their pick from a dozen Czech and Slovak contemporary films and classics as well as six concerts. I spoke to the festival’s organizer, the head of the Czech centre in London, Tereza Porybná about the festival’s agenda and why this year is a celebration of Czech-Slovak dialogue. 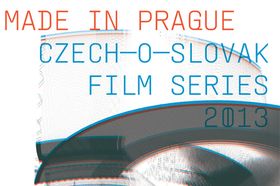 “Made in Prague” switches biannually between offering the most contemporary films and a thematic category. This year is thematic year and given the fact that we are celebrating the 20th anniversary of the establishment of the Czech Republic and Slovakia as independent states we decided to make it a Czech-o-Slovak year.”

You could also say that you are marking the 20th anniversary of the break-up, yet you are celebrating dialogue and connection –why did you choose to highlight this particular aspect?

“We were surprised by how many Czech and Slovak co-productions are still taking place and obviously the communication between artists from the two countries is still vivid. Also often in London I get asked how we are getting along, what is the present-day status between Czechs and Slovaks and if there is any rivalry between them. And we just thought this would be a nice way of showing how we actually work and create together.”

Is Czech and Slovak cinematography perceived independently in London now or do people still tend to think of Czechoslovakia?

“They do. It depends on the generation, obviously, and the age group. I think people will generally associate Czech cinema with the Czech New Wave and names such as Věra Chytilová, Jiří Menzel, and of course Miloš Forman…”

So this year for every Czech film there is a Slovak one, is that right?

“We tried to arrange the program in this dialogical way, so for example at the Barbican where we had a preview screening of our show we had a Slovak silent film accompanied by Czech musicians, then for the main weekend (which will be the second weekend in November) we tried to have these counterparts so for example while organizing the London premiere of My Dog Killer by the Slovak director Mira Fornay we selected a Czech short student film to open the evening.”

How many films are you screening and how did you go about selecting them?

'My Dog Killer', photo: Mirafox “We have 12 films in the program, which doesn’t seem to be much, but we really tried to make a careful selection which would reflect the main topic. There were obviously some films we really wanted but couldn’t get or films that we are waiting to show later, in the framework of some bigger festivals, to really give them a proper UK premiere. We are very proud to be cooperating with DocHouse which is a documentary platform here in London with a stable audience – lots of British people following documentaries go to their screenings and we managed to offer them a Czech-o-Slovak documentary film by Adam Olha New Life of a Family Album, so we are happy about that and we are very happy to bring the UK premiere of Burning Bush by Agniezska Holland.”

This year is also a special tribute to three film amkers – Jiří Menzel, Jurai Jakubisko and Agniezska Holland, is that right?

So which of Menzel’s and Jakubisko’s films are you showing?

“Well, our idea was to ask these two prominent filmmakers to select one of their own films that they would like to see screened in London and another by a young director currently working in their country.

Mr. Jakubisko selected his film Little Birds, Orphans and Fools and My Dog Killer by Mira Fornay, an observational socio-political theme, a film that won a very prestigious prize at the Rotterdam Film Festival and one of the few films in current Slovak cinema to address racism and social exclusion. And Jiří Menzel is presenting his Closely Observed Trains. He selected a film by a young director as well but since we were not able to obtain the screening rights we are showing his latest film The Don Juans as the second part of the tribute.” 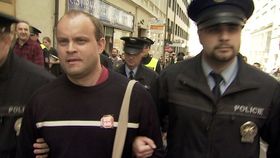 'Free Smetana', photo: MFDF Jihlava Which films would you recommend yourself?

“Well, I am a big documentary fan so I would invite people to come on Saturday November 9th to see our documentaries Zuzana Piussi’s Fragile Identity and Filip Remunda’s and Vit Klusak’s Free Smetana –a double bill documentary screening reflecting current debates on identity, political power, law-making etc. and an interesting addition to the screening is a discussion that is not with the filmmakers but with journalists – we are bringing Ondrej Kundra from the weekly Respekt who will be talking to Edward Lucas from The Economist about the similarities and differences in the Czech Republic and the UK regarding issues such as freedom of speech and identity.”

And you are also offering six concerts, I understand?

“We are. We started that last year, creating a jazz series which accompanies the Made in Prague film festival. We are trying to make Made in Prague a stable highlight of the Czech Centre’s work in the autumn and that’s why we decided to broaden the scope of the music we are bringing. The jazz concerts offer an excellent choice combining Czech and Slovak musicians –in line with our theme this autumn. For example we will have the Emil Viklicky Trio and the Points Quartet performing at the Spice of Life in Soho. We are also bringing more contemporary electronic or Indie music –Mario Bihari will be performing this Saturday and we will have Midi Lidi and Floex coming in November.”

The festival starts on Saturday –how much interest has it generated on the part of the British public?

“It varies. We expect to get quite a lot of interest in the concerts because they are organized in venues with a stable audience where people are used to going. Our jazz concerts are usually quite full or completely full. With films it is always slightly tricky but we do hope that the big names such as Jakubisko, Menzel and Holland will help us promote also the lesser-known titles and that we will have a full house.” 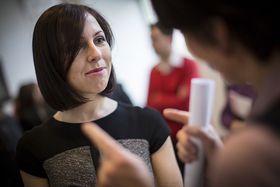 Tereza Porybná, photo: Vojtěch Brtnický And the festival circulates around London, I understand?

“Yes, we work in various venues due to the fact that the festival is about film and different types of music and also the fact that we got the opportunity to include one Czech film in the framework of the UK –Jewish film festival –David Ondříček’s film In the Shadow and we obviously were happy to do that and that is why on Saturday, November 2nd ,we are screening In the Shadow in the Tricycle Cinema – it’s a UK premiere organized in the framework of the UK-Jewish Film Festival which is a good thing because the festival is obviously able to generate quite a lot of publicity for the film and invite lots of industry guests.” 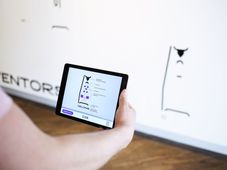 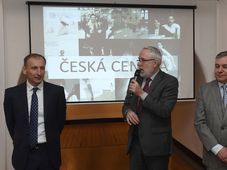 The Czech Centres in London and New York are getting new directors this spring, with Přemysl Pela assuming control in the UK capital… 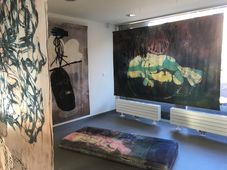