Life in an orphanage, as seen by the children themselves

It is not in the nature of Miroslav Janek to make plans. The film director and editor believes in coincidence. Things happen, days go by and bring along the subjects of his documentaries. The very last 'coincidence' happened, when he was invited to take a look at the lives of Czech orphans. It led to the short movie Chacipe. This meaningless word was made up by children from a Czech orphanage, who are the film's stars, and also co-directors. 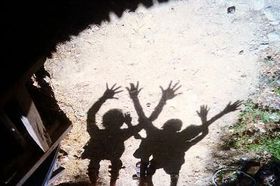 Chacipe This is how Lukas, one of the orphans, starts the movie.

"This is a story about a boy from an orphanage. There was a little boy who was called Lukasek. He was three years old when somebody knocked on the door. His mother opened the door. There was a lady from the social services. She told the mum that her child had to go to an orphanage. Lukas felt like a statue. In a few minutes he was in an orphanage and he was thinking of his mother."

Many of the children have had similar traumatic experiences, but in some ways they can count themselves lucky. They have good and strong relationships with the so called aunts and uncles who look after them in children's homes, and they get to spend a few weeks by the sea in France every summer.

Every year adults accompany them. Most are artists who let them have a go at various activities. Miroslav Janek also went along. He was invited to show his craft: animation and documentary film.

"I got the idea to take an animation camera, that's a special camera that can register frame by frame and therefore allows you to do animations. We started by filming things that were at hand - stones, pieces of stones etc."

"We would just go out every day and say, 'What shall we animate today?' We just wanted to have something moving. Someone would have a little suitcase full of shells so we would say 'What should we do with them?' Then we would come up with a simple story that could happen with seashells. We didn't know how it was going to end up but we had the first stage. But by the time you get to the point you initially planned out, you already have many other ideas how it will continue so you continue until they call you in for lunch." 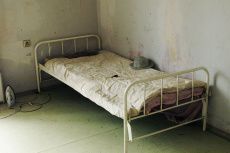 Chacipe "The first summer we shot about fifty minutes of this kind of shots. When I came back I edited these pieces together without any sense, without any special meaning. I put in some music, some special effects so children could see what was the result of this random moving of objects by a couple of inches and going 'click' with a camera, moving a couple of inches 'click', moving 'click'."

When I went to see your movie I was expecting a heart-breaking story of an orphan. It turned out to be an artistic piece more then anything else.

"First of all I was absolutely sure that I didn't want to make a heartbreaking, sentimental film. That was my natural tendency. I didn't know what was going to be the result. I was not sure. But I was hoping that by getting these kids involved in filming and being so close to them for two and half years some bare truths will come out of that interaction and that they would tell the story about themselves, themselves."

Sandy one of the girls in the children's home writes numerous letters to her mother. 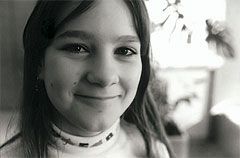 Chacipe "I am ill, I have chicken-pox. I am covered in cream and I am not allowed to go to school. I don't want to live with our daddy. I don't know him, he has never visited us here. The aunt from the children's home has told us that our father can't take us to his home. I am going to have a new mum and dad soon. I want her to be pretty, good and to like me. I want her to look after me when I am sick. I am going to learn with my new dad. When I have my own children, I am going to look after them and I am not going to abandon them as you did. Please write to me, Mummy, yours Andy and Sandy. "

Have you tried to contact the parents of these children?

"Why should I try to contact them? I had not for one second thought of visiting any parents and talking to them. What do you think you would achieve? At the very beginning of the shooting I decided that there would be no adults - no parents, no aunts, no uncles, no artists working with the children. Only the children themselves so maybe I just erased them from my mind."

Here is Sandy's second letter to her mother... 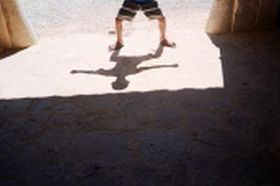 Chacipe "Mum, I like you very much. I was upset but I know that you don't have money. You know that I pray that we will be together again one day. Sandra, you - Mummy - and me. I am not angry with you anymore and I will never be angry again. I swear. You are all mine, only mine and Sandra's. You are only ours, ours, ours, simply ours, ours, ours only ours."

What was the reaction of the children when they saw the film?

"Their reaction was very childish. They were just screaming at seeing themselves or laughing at one of their friends who was doing something funny. Very childish reactions indeed. I don't think they conceived it or understood it as adults do." 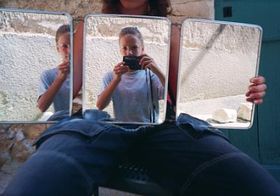 It is too early to say what the impact of the movie will be. The majority of the children starring in the movie have been taken into foster care and some of them have returned to their own families. 'It is time to shut the door.' Says Miroslav Janek.

"If you win an award it is always a pleasure. It is like someone patting you on the back. I am not saying I don't like that. But I must say, without being sentimental, that the biggest award is if you have an audience, if people see it and react to it. Four hundred people in a movie house that are breathing with the film, reacting to it, laughing or being silent... That is the most rewarding moment to me." 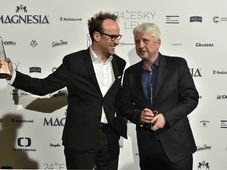 This year’s Czech Lion film awards were dominated by A Prominent Patient, which picked up a record 12 gongs for its depiction of politician… 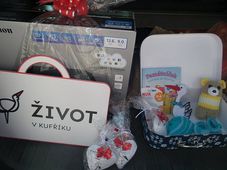 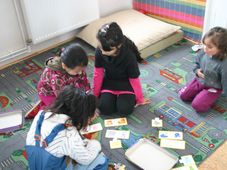