“It was this crazy story about a gunman who is very angelic and drinks only lemonade, and all of the cheap stuff around that – like a bad guy, a good guy, a beautiful, angelic girl and a devilish woman femme fatale and things like that.

“But what happened somehow at the end of the war was that this became very popular, and there was a small theatre here on Národní Třída, where we are sitting now, and it was put on stage there for the first time. It was the end of the war, and it really was extremely popular – I mean, the Germans had nothing against it, it was just for fun. They didn’t give a damn that it was about the Americans. And this stage production was very important, because all of the things that you see in the film and in subsequent theatrical productions have the same roots. 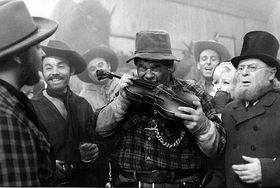 “The film starts with an enormous fight in a pub, and this fight was really executed in the theatre play maybe 1,000 times. And those were the same men in the film. So it was really performed like a dance with a special choreography. Otherwise, it’s terribly difficult to do something like that.”

One of the members of the original cast from the play to make it into the film was Květa Fialová. She played the bad girl – Tornado Lou – a nightclub singer and woman of ill repute, in what many regard as one of her best performances. Tereza Brdečková again: 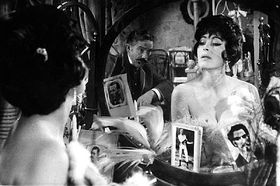 Květa Fialová as Tornado Lou “She’s a very good actress, she always was – and she is really at the peak of her feminine beauty at this time - that is clear. But this is also a slightly negative role, and this expression of femininity and ladylikeness, it’s not something that you find in many Czech movies from these times. And I always think that this woman, she really put everything she had into this role.”

Květa Fialová, who is now in her seventies, definitely seemed to sink her teeth into the role: 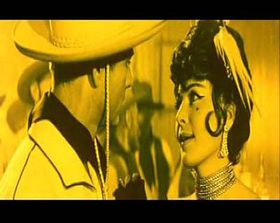 “I did end up playing a lot of these roles – murderesses, loose women etc. And they are always the better roles. The good girl, she just looks all doe-eyed and says nothing, there’s no excitement. Playing the bad girl is always more fun – it’s fun to seduce men and to murder them.

“I was happy that I played in this film, and that I did other things with the director, Oldřich Lipský. We got the chance to travel quite a lot with this film, and there was this one time when we went to Columbia in South America to get a prize. There were prizes for camera work, for best director and so forth, and we got the prize for having come from furthest away.” The film has become something of a cult classic around the world, and still enjoys massive popularity back home in the Czech Republic. After the Prague Spring of 1968, the film was reinterpreted as a searing critique of the west, but still shown just as frequently as it had been before. Květa Fialová reflects upon the enduring success the film has had: 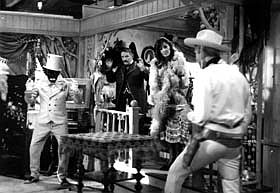 “It is weird, even though it never occurred to us at the time. I have made so many films in my life, and this film is the one that has been elevated to cult status. Everyone knows it, it is always being shown. People love this film and when someone asks me something about my career, most often it is about Lemonade Joe.”

Tereza Brdečková thinks the film's popularity lies in the fact that it was, in her view, very much ahead of its time: 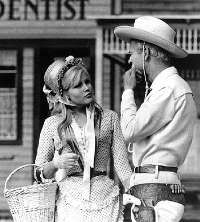 “There is a lot of something that I still remember from my childhood in this film. It’s part of a very cosmopolitan Prague atmosphere – this Czech, Jewish, German backdrop, even when Jewish and German people were no longer here, this atmosphere was still here – it’s a way of joking, a way of perceiving things as they hit you. It’s about not taking anything seriously because you wouldn’t be able to survive. And this is all in this film – and it comes much later with people like David Lynch for example. So, this is my explanation why it is still so popular today, because it has this lightness of post-modern times.” 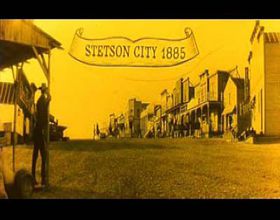 For an English-speaking audience, Lemonade Joe is an odd mix of something very Czech with something very American. Tereza Brdečková gives the example of the film’s set:

“For the film, they built a special village in Barrandov studios, which I think is still there, and people can go and see it – it looks absolutely authentic. And the outdoor shots were done around Karlštejn castle were there is a very stony landscape, which is really rocky and, by the way, it has been called ‘Amerika’ since the 19th century. So, it was shot there.”

Lemonade Joe was recently brought out on DVD with English subtitles. Watch it for a rather surreal viewing experience, and a good old sing-along. 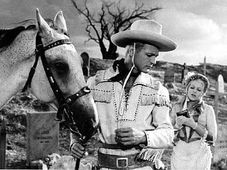 Actress Květa Fialová passes away at 88

Actress Květa Fialová died on Tuesday at the age of 88 after a career of almost seven decades. Born in what is today Slovakia, she…