When Harry Pollak left Czechoslovakia for France in the autumn of 1938, he had no idea what the future would hold for him. As a teenager, he joined the exile Czechoslovak army fought the Nazis who murdered his family, before fleeing his country again after the communist coup of 1948, and build a career in England from scratch. Mr Pollak gives an account of his extraordinary life in his recently published memoirs. In this edition of Panorama, we talk to Harry Pollak about how a boy from a south Bohemian village ended up saving the famous British car-maker Aston Martin. 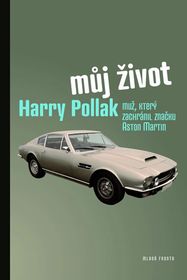 Harry Pollak still speaks fluent French, the language he learnt as a student at a lyceum in Nimes in the late 1930s. His departure from France saved his life; he was one of several Czech students who left Czechoslovakia only months before Nazi troops marched in. He was happy to learn he was among those selected to study abroad. But then came the Munich agreement, and it seemed he was not going to leave after all.

“At the start of the school year, we were informed that the trip was off. My mother and I were already in Prague with my luggage, ready to go. We had to find the luggage among all the other cases of refugees at Masarykovo nádraží in order to return.

“I was already reconciled that the whole thing was off. My mother brought me to Roudnice, which then the nearest accessible Czech grammar school, and enrolled me there. But when I was there for a month the news came that it was on again.”

As the 15- year-old Jindřich, as he was called back then, said goodbye to his mother at the Prague train station, he didn’t suspect he was seeing her for the last time.

When he arrived in Nimes, Mr Pollak says the French were still embarrassed by selling out their Czechoslovak allies to Hitler in the Munich agreement, and could not believe their eyes that Czech students were coming over as if nothing had happened. 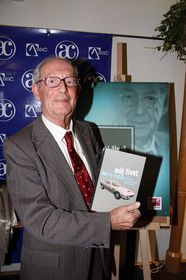 Harry Pollak, photo: Petr Brodecký “When we arrived in this place, Nimes, there was a kind of reception as if we were VIPs. The educated French people had a bad conscience about how Czechoslovakia was treated by [their PM Édouard] Daladier in Munich where the country was left high and dry despite all the treaties which were not respected. But it didn’t last very long before this feeling of guilt wore off, as it happens in politics.”

At the age of 17, Harry Pollak joined the exile Czechoslovak forces that had formed in France to fight against Nazi Germany. After the collapse of France, the army was transferred to England, which was the first but not the last time Harry Pollak set foot on British soil.

After the Allied invasion, he was one of the Czech soldiers who laid siege to the German-held city of Dunkirk in September 1944, and finally returned to his native country in May, 1945.

“We were all very anxious to get home, you know, and we were received with pomp by everyone. It felt very nice.

“Mind you, it was not without shadows. When we arrived at the border, we were then kept in quarantine for three days in a textile mill, for no apparent reason. 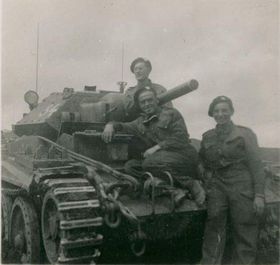 Photo: archive of Harry Pollak This rumour might have been untrue, but Czechoslovakia was soon on its way to becoming little more than a Soviet colony. Harry Pollak says he knew what was happening, but he was hoping he would not have to leave his country again.

“To tell you the truth, I was aware that the political situation was changing and that it was disfavourable to me. But I was reluctant to consider any alternatives. You see, I would put it that way: I was once an émigré, and I didn’t want to be an émigré again. It’s not a very pleasant situation to be in, as an immigrant in a foreign country, whatever the situation may be.”

The uncertainty about the future direction of Czechoslovakia only lasted until February 1948, when the Soviet-backed Communist Party staged a coup and took power. The new regime immediately began persecuting all its real and imaginary enemies, and Harry Pollak, having fought against the Nazis on the wrong front, was deemed one of them.

“The communist regime first took away my degree because I was judged to have a hostile attitude to the new ‘people’s democratic regime’. I couldn’t find a job, I went back to my parent’s old farm which I had by then rented out, and for I year I farmed the farm. But then they took away the farm because they said I was an engineer – although they took away my degree, and I was not justified to run it.” 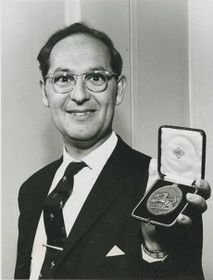 Harry Pollak, photo: archive of Harry Pollak With literally no possibility to make a decent living, Mr Pollak, then 25-years-old, had to make the difficult decision to leave his country yet again. This time he would have to wait for more than 40 years to be able to come back.

“I had no alternative but to run away. So I ran away, across the border, across Šumava Mountains, at the end of November. There were ten centimetres of snow, I had to walk 20 kilometres at night at night.

“It was one of the small miracles that I had in my life – first of all, that I was able to endure it, and secondly, that I had the luck of avoiding the contraptions that were in the way.”

Back in England, Harry Pollak looked around for a job but the start of the Cold War was not the best time for an engineer who came from communist country.

“I had a long and very successful career in England. But when I came there, I had difficulties with finding a job at all. It was at the time of the famous Klaus Fuchs trial. He was a German scientist who gave the atomic secrets to the Russians during the war. An immigrant, whoever he was, had therefore no chance of getting a job. I was a qualified engineer and there were not enough of them, but whenever I went for an interview and said I was a foreigner, there was no chance.”

But he eventually did find a job with a company that made air conditioning equipment, and step by step moved up the company ladder. He eventually became a consultant in a US company, and worked in Germany, England, Belgium and other countries. He specialized in financial consultancy but it took some years before the deal of his life finally came.

“I got in touch with a company in Birmingham called Company Developments, Ltd. They were financiers looking for opportunities to invest in firms that had problems. We came to an agreement and I became a member of their board, and I was engaged in different companies doing exactly that. 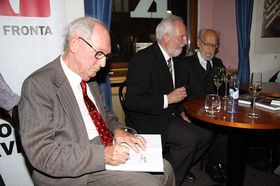 Harry Pollak, photo: Petr Brodecký “Whilst I was in Switzerland skiing in February 1972, I had a telephone call from them, ‘come back quickly, we have an opportunity to buy Aston Martin, and you have to look at it if it’s a good proposition. I did, and we bought it.”

The company’s owner, Sir David Brown, was anxious to get rid of Aston Martin because it never made a profit. Harry Pollak and his associates, however, were able to bring the firm into black numbers in much less than a year.

“It was a very successful effort. We bought it in February, and in six-month’s time, we had it in profit for the first time in its history. This is one of the saving efforts of mine that I talk about in this book. People at the publishing house here, Mladá fronta, had the brilliant idea that it’s something that will catch the public eye. We in fact wrote to Aston Martin whether we can use a photo of the car, and so it happened.”

Harry Pollak, who is now 87, lives in Switzerland. He says he originally wrote his memories, with the subtitle The Man who Saved Aston Martin, in English so that his son could learn about what his father had been through.

The episode featured today was first broadcast on December 16, 2010. 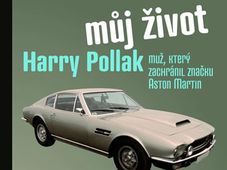 When Harry Pollak left Czechoslovakia for France in the autumn of 1938, he had no idea what the future would hold for him. As a teenager,…