Glenn Spicker: the American who brought bagels to the Czech Republic

Glenn Spicker is a successful businessman who was drawn to the Czech capital through an avid interest in the history and politics of this region. Once the fall of the Iron Curtain opened up borders he came to Prague and found a new life here, making good use of the opportunities that opened up in a post-communist city ready for a taste of the West. He recently visited Radio Prague’s studio to talk about his early days in Prague and his thriving business. 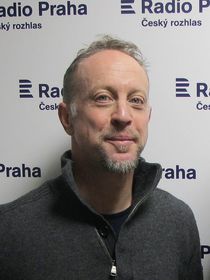 Glenn Spicker, photo: Jiří Němec “I was living in Germany at the time, so it was fairly accessible for me to come here. After the Berlin Wall came down it was possible to start visiting some of the Eastern bloc countries, so I started with Berlin and then came here and realized there might be an opportunity to move here sometime.”

What were your impressions? Czechoslovakia twenty years ago was very different from what it is now…

“Yeah, but I found it pretty interesting because I had wanted to travel, I had wanted to come to Europe but the opportunities for me to go to Europe were basically to go to Western Europe. I wanted to travel around the world, starting with Europe. I studied in England in 1986 and was interested in the Soviet Union at the time and trying to get behind the Iron Curtain, so I stared studying international relations and foreign policy. I even studied international relations in Germany - a master’s programme. I was interested in travelling and West Germany was the first step for me. It was great, though I do not even know how I wound up there –I came over on a mountain bike travelled for about three months with a friend and discovered that there was the US Army there and I could live and work and take university courses in Germany, so I wound up there but I always had the desire to go further and that became possible after the revolution. I still had that sense of adventure and I wanted to discover something new. I came here on a tourist visa and I enjoyed the fact that there was coal burning and that there was a tree fallen in the street and no one had come to clean it up for three days and that everything was new and exciting and not functioning well – I liked that actually.(laughs)”

Did you have an idea then what you would do here? 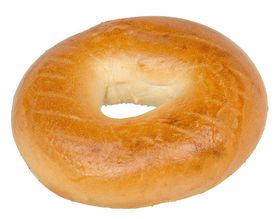 Photo: Evan-Amos, Public Domain “Not really …but some people I had worked with had been speaking about coming here and doing things like hotels and that type of thing, so I thought I would come, look and see what was happening, I really was young and inexperienced but once I decided to pack up and move here and make a go of it for a year or two I knew it would be something to do with business, some kind of small entrepreneurial endeavour. And I couldn’t think of anything better than a restaurant or café so that’s what I did. I wasn’t smart enough to go for the mining or coal industry ….privatisation and real estate (laughs). “

So when and how did you open your first restaurant?

“That’s a long time ago. I was working on Bohemia Bagel at the time, I wanted to do Bohemia Bagel and I was keeping it quite secret, but I didn’t think I had enough resources and experience at the time so I ended up joining forces with another partner and opening up a restaurant which was called Red Hot and Blues. It actually ran for quite a long time, but I sold my part of it in 1994 or 95 and took the money and opened up U malého Glena which is not a bagel store, but by this time I had been infected with a previous infection of jazz music and had gotten back into those roots because I grew up with a lot of jazz and there’s a great jazz community here. So somehow going from bagels to having my own kitchen, having my own restaurant where I could perfect the recipe of bagels and get back to opening a bagel store seemed like a good move because I figured there was a good opportunity of franchising and opening more and then I wouldn’t be stuck in one place. But I wound up going into the restaurant business, having live music and then opening a jazz club. So as I said – I’ve never really had A PLAN - everyone asks me why or how -but there’s never been a plan.” 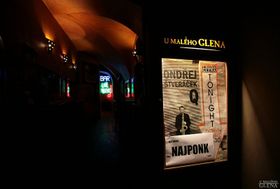 U malého Glena, photo: archive of U malého Glena “Yes, Burrito Loco definitely helped, because previously I would say that on the surface it might look like I’m successful but until you look behind things and see where the bottom line is and see how things are actually doing, that one thing is up and one thing is down, you realize it might be easier doing one thing instead of trying to open up lots of different concepts but I have always tried to think of something new. So, yes, we’ve had some successes recently, Burrito Loco is definitely doing well. It was a good idea, a good concept and we were able to roll out about four of them in two years, so that was great but then we had the issue of the old Bohemia Bagel space which needed investment, needed money, wasn’t doing very well and really needed to be revamped so we decided since we are pretty good at doing Mexican why don’t we do a nice Mexican restaurant. But that took a lot of resources, a lot of time and Burrito Loco has again been on the back burner. But with any luck we will push ahead and have a modicum of success and that’s enough… you just have to have everything working and not too many things failing to bring the other ones down (laughs).”

You have been an entrepreneur for quite a number of years in this country – what would you say about the business environment? 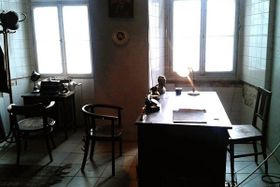 Museum of Communism, photo: Ľubomír Smatana “It is difficult to say, except that on my level –small business entrepreneurial retail –I think it is quite good. People are obviously very nervous about the tax code changes in 2016, though I personally kind of welcome it. Things can be up in the air, plus there’s a lot of competition right now. What we realized – near Old Town Square it wasn’t considered a great location, but now that’s the place people want to be so you find James Dean, you find Tretter’s you find cafes and places that are investing upwards of 20 -30 million crowns in a restaurant so in order to compete with that you have to spend the money, it has to be well-though-out, it must be perfect, you know - not just great food but the interior and everything. So I find it a lot more competitive and there is a lot more on the market to choose from as well. People go out a lot here, so that’s good, but that will be the first thing they may have to tone down. The quality of living here is great, people spend money –Czechs in particular, it used to be foreigners who would spend money and leave tips – but in my opinion it is the Czechs who are spending more nowadays and leaving tips. But if people get nervous about the economy and stop spending it will start with restaurants.”

You also have this Museum of Communism which is an interesting business, it is quite different from the food business- how did you get that idea?

“To be honest, part of it was being tired of the food and restaurant business which I stayed in anyway. Everyone knows the difficulties - late hours, inventory, perishable goods, a lot of theft – so it is quite a difficult business and although I had done a number of start-ups like that I was thinking : what is Prague missing? What experience do people lack? What are my interests? As I said, I came here because I was interested in the politics and history of this region. It wasn’t interesting to Czechs – you wanted to get away from it as fast as you could, but I would collect things that people would throw out like a photo of (last communist president) Husák in a frame that would be left out near U malého Glena. I would say hey, great and I would take that because I have a different outlook on the culture, fortunately. So I had an interest in preserving some of the artefacts as well as the politics of the time so it was a Eureka moment where I thought –you know a museum of communism would be a great idea! And it is not something that the Czech people would have thought about, obviously. At that time no one I knew of had thought of it, so I thought let’s see how this would work and then when I started looking at it on paper and looking at other concepts in the city and realizing the concentration of tourism I thought –it will work. ” 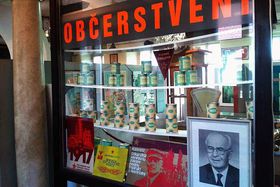 Museum of Communism, photo: Ľubomír Smatana I guess it is mostly foreigners who visit this museum or are there any Czechs as well?

“It is mostly foreigners. The Czechs who come are mostly young because we have a lot of schools that come so you get twenty, thirty or forty students at a time. But in general the walking traffic is really foreign. We are now concentrating on taking the museum to a different location, expanding it and making it much better and bigger and bringing it up to the modern era because it has been a long time and it really needs to grow. ”

Sofia Smith is a British-born chef of Irish-Malaysian heritage, who has been living in Prague since the late nineties. She started…