Getting parents and children off to a strong start in reading

In recent years literacy experts have expressed concern that children are not reading enough for pleasure and that many youngsters are never read to by their parents. They claim that children who are left to fill their own time, watching TV and playing computer games may be at a serious disadvantage later on in life. In an effort to offset this alarming trend a Czech NGO is organizing an annual week of events to provide inspiration for a habit that may turnaround a child’s life. 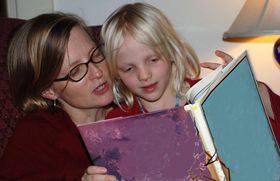 Illustrative photo: Ned Horton, Horton Web Design / stock.XCHNG Once a year, in the month of June, it is Czechs Read to their Kids Week – a series of reading events, involving celebrities, schoolteachers and volunteers in hundreds of locations around the country. The tradition was established in 2007 by Eva Katrušáková and has gained increasing popularity. I asked Eva how the idea emerged.

“I would say that everyone, from the European Commissioner for Education, the Czech education minister, teachers at school and parents have been looking for a way to bring children back to reading books. Originally, the idea came from abroad. The wife of the Polish ambassador in the United States, Irena Kozminska, brought home the ideas of Jim Trelease, the American guru of reading aloud. He has been promoting the idea of reading aloud to children for many, many years in the United States and he even wrote the Read-Aloud Handbook which has been translated into many languages, though unfortunately not into Czech yet.”

So the idea originated in the US and was taken up in Poland and you decided to give it a try here. Can you explain why it is so important for parents to read aloud to their children?

“We all know that reading is good, but maybe some of us don’t realize how important it is to a child’s development. It positively effects a child’s emotional development, improves their language skills and thinking abilities, it develops their memory and imagination, improves their attention span, deepens their knowledge and, what is very important, it strengthens a child’s self-esteem. “

Do you feel that parents have stopped reading aloud to their children?

“Well, maybe stopped is not the right word, but many of them think that if they put their child if front of the TV or give them a computer game it is the same as reading aloud to them – and that is simply not true. “

What exactly takes place during this annual week-long event? 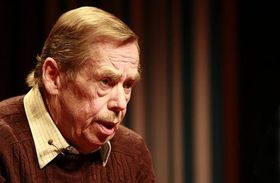 Václav Havel, photo: Vendula Uhlíková “Once a year, in June, children all over the Czech Republic are read to every day, for a week. Towns and villages around the country take part in this programme and bring new inspiring ideas on how to entertain children and keep them happy, either by the spoken word, by a song or a play. And I must say that the idea of reading aloud to children spreads during the week like ripples on the surface of water. “

So who actually reads to them- celebrities? Actors?

“It depends. More than 1,500 institutions are involved in our programme, so it is not just celebrities, but, of course, celebrities play an important role in promoting the idea and spreading it to all corners of the Czech Republic. Up to now, over 80 Czech celebrities have been involved in our campaign – famous actors, actresses, directors, writers and singers. And one of the first to get involved was the late Czech president, Mr. Vaclav Havel. Six years ago, I wrote to Mr. Havel asking whether he would kindly assume auspices over the campaign and he replied within a few days stating that he would love to.”

Are you saying that he too read to children?

“Oh yes, he did. He read from his own book Pižďuchové.”

What kind of things do you generally read to children?

“It depends on the person who is reading. Usually people bring their own books, the ones they love most. They mostly bring witty, good books from Czech literature. “

How have children responded to all this? 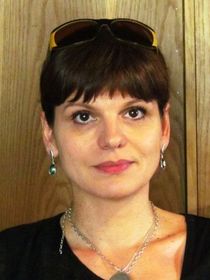 Eva Katrušáková, photo: Jana Chládková “Oh, the kids are really great. We bring them songs, short readings aloud, theatre plays and what is uppermost in our minds is that reading should always be a pleasure for a child, for any child, and never a compulsory thing, a punishment or a boring experience. So we try to keep them happy when we prepare programmes for them. And when Mr. Jiří Labus or Mr. Zdeněk Svěrák read for the kids they simply love it.”

Are parents receptive to the message that you are spreading? Have you seen signs of positive change since 2007 or is it just an annual reminder that comes and goes, because parents are so busy?

“It is a strong annual reminder which is good because parents sometimes forget about the need to read to their children. But as to whether society is receptive….I think more and more. We don’t have any numbers yet, but we can see how many people, institutions, schools, kindergartens, mother centres and literary cafes are involved in the project –so we know that it is worth doing. “

Would you like to see the event spread beyond the country’s borders? Further than the Czech Republic and Poland?

“We organized something like that three years ago – it was the first international week of reading to children called All of Europe Reads to Kids and it was jointly organized by the All of Poland Reads to Kids and the Every Czech Reads to Kids non-profit organizations. We invited other European countries to participate in the festive opening at which the representatives of various countries signed the foundation charter. But it is a long-distance run this campaign, so we are patient.”

Are you pleased with what you have achieved so far? What are your future goals? 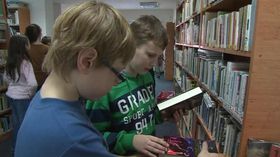 Illustrative photo: Czech Television “I am pleased with everything and I would especially like to thank all those volunteers and regional coordinators who help us every day to spread the idea into the furthest corners of the country. As for our goals, they have not changed since the first day of setting up the NGO Every Czech Reads to Kids. We have sold out more than 30 different national projects for instance My First Book, Reading Schools, Reading Kindergartens, Kindergarten Granny which is very popular now, that’s seniors going to kindergartens to read to kids and so on. Our main goal is to involve as many parents and teachers and adults in the children’s immediate vicinity as possible.” 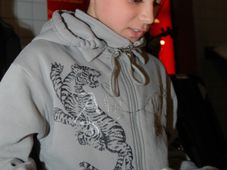 “Reading Helps” – motivating children to get into good books 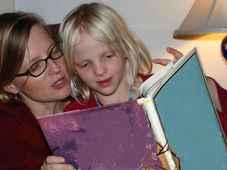 Getting parents and children off to a strong start in reading