Extremism expert: we no longer have a clear line between what is extremist and what is normal

An attack on a Prague community centre that helps refugees, the recent stabbing of a Syrian national and violence at anti-migrant rallies suggest that growing anti-Islamic sentiments may be radicalizing Czech society. How badly has the migrant crisis divided the country and how serious is the danger of radicalization? Those are just some of the questions I put to extremism expert Miroslav Mareš from Brno’s Masaryk University. 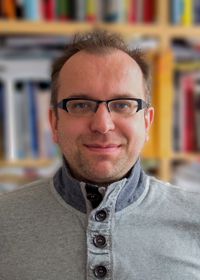 Miroslav Mareš, photo: archive of Charles University “I think that we can see a strong division within Czech society, we can see a growing number of opponents of migration and we can see also the danger of radicalization towards violence.”

Where do you see the divisions – is it across generations?

We are hearing that the majority of Czechs are against migrants – over 80 percent of Czechs and only under 20 percent of the population support them. Is that true do you think?

“It is based on the outcome of sociological surveys and yes, I believe these surveys. That could well be true.”

The individuals that we see at demonstrations, people involved in street violence, the attack against the community centre in Prague – are those extremists, who are very visible because they are very vocal, or is this in reality the tip of the iceberg? Are emotions running high across Czech society?

“It is the tip of the iceberg. I think that now these violent militants feel they have the support of Czech society or at least part of society and that is the driving force behind these violent actions.”

What fuels the fear of migrants?

“That’s a good question because nobody really knows who the attackers on the community centre were. According to many sources they were from the milieu of far-right football hooligans –they are a traditional part of militant demonstrations – in 2013 they were also part of the anti-Roma demonstrations and in the front line of violent clashes.”

“I think that now these violent militants feel they have the support of Czech society or at least part of society.”

Yes, but what I meant was what is behind the fears of the majority population?

“I think it is traditional support for an ethnically homogenous area in the Czech lands, because if we look at modern Czech history we can see this tendency towards ethnic homogenization. And now Czechs do not want these new streams and they do not want this tendency towards ethnic heterogeneity. I think that this traditional feeling – this is our land – is now very strong.”

Are politicians to blame for the radicalization of Czech society?

“Partly yes, because we can now see the strong profiling of many politicians on this topic and we can hear various very aggressive verbal statements and that is the driving factor behind this radicalization. On the other hand, we can also see a naive approach by some European politicians and that evokes anti-European sentiments in the anti-migration movement in the Czech Republic. So we can see not just a division in Czech society we can see also hostility between some Czech politicians and politicians on the European level.”

What should politicians have done differently?

“That is a very good question that is not easy to answer. I think a more intensive debate with citizens, visits to different communities. That is a very interesting and partially successful strategy employed by President Miloš Zeman, he tours the regions frequently, visiting even the smallest villages to talk to the locals and that is not something you see with government officials.”

What has the role of the media been in this crisis? 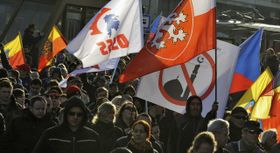 Photo: CTK “Similar as politicians. We see good media coverage and on the other hand there is a growing tendency to carry wrong information about migrants, so at least part of the media scene is now partially responsible for the growing hate against migrants and we can see the growing popularity of media that are anti-migrant oriented.”

What can this radicalization lead to?

“I am not an optimist in this sense. I think that this radicalization, including violent incidents and a huge division in society is now a reality and I do not see the possibility for positive development in the future. We now have the electoral campaign ahead of the regional elections and that is a reason for possible growing radicalization.”

But extremist parties have never been very successful in this country, they’ve never had a great deal of support….

“That is true and it is a positive element in this development, on the other hand, we can see this partial radicalization of specific sections within the established parties.”

The police were criticized for how they handled the demonstrations and the street violence - would you agree with that?

“That is an operative or tactical question. Yes, the clashes in Prague were maybe underestimated by the police, however I think that in general the police is able to counter the most visible incidents of extremism. However, we have had a relatively quiet situation up till now. If the violence should escalate then the police will need a new approach towards this phenomenon.”

Are the same processes taking place in other European states as well – do you see a radicalization across Europe because of the migrant crisis?

“Yes, I think that we can see a radicalization and we can see also a tendency towards the trans nationalization of this ant-migrant, anti-Islamic policy. Evidence of that are the February demonstrations which were organized in several European countries.”

What is the danger for Europe in this?

“In the division of society and tendency towards violence. The whole of Europe is now divided and the next danger – a different danger – is the growing radicalization of Islamic communities. It is impossible to underestimate this tendency. ”

What is the solution to this radicalization – in the Czech Republic and elsewhere?

Finally do the Czech authorities do a good job in tackling extremism – in general? 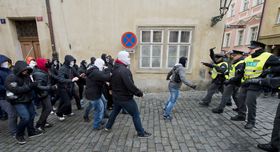 Photo: CTK “If you had asked me a year ago, I would have said yes, the Czech Republic is on the right path to countering extremism. Now I see some problematic elements in the perception of the migrant crisis in society and where I see the problem is the now unclear line between what is considered extremist and what is considered normal. We no longer have a clear border line between extremist and non-extremist policy from the point of view of governmental bodies.”

And Czech society is crossing the line, so to speak?

“Yes, at least a part of society.”