Did John the Baptist wear sandals?

Petr Hlaváček is a man with a passion for shoes. The dean of Zlín’s Bata University knows the technology of shoe-making inside out. He has reconstructed shoes worn by Oetzi the Ice Man 5,000 years ago and is working on the latest technologies for shoes intended to help diabetic patients, among many other projects. So when Czech experts studied the contents of the St Maurus reliquary said to contain the remains of John the Baptist –among them a small piece of a leather sandal which may have been his – it was only natural that they should turn to the country’s leading shoe expert for help. I spoke to Petr Hlaváček to find out just what he had managed to ascertain.

“The leather fragment was sent from Prague to Otrokovice –to the research institute for conservation- and my friends expected that I would be able to confirm that the shoes belonged to John the Baptist or St. Maurus. It was a very small fragment of footwear and peaked my interest. It inspired me to do what was possible.”

And what was possible?

“Of course, I started by studying all available information about John the Baptist and one of the best sources was a book in Latin, a book written by monks and called Acta Sanctorum. About fifty pages of this book are devoted to John the Baptist alone – there is a short description of his life and a vast amount of space is devoted to all his relics.”

But from reading up on all there is to know about John the Baptist how could you know if the fragment from an old sandal belonged to him or not?

“You know it was very, very interesting because we have practically no footwear from the time of Jesus Christ. There exists only one sandal which was found on Masada and three pieces of footwear in Kumran and that is practically all. So it was very, very interesting to study it and what is clear from my point of view is that the fragment of leather was vegetable-tanned which was typical for this period.”

Can you explain what that means? St Maurus reliquary “There exist different technologies for tanning leather. Now we use very complicated chemical technology, but in the days of Jesus Christ they used vegetable tanning chemicals which were found in a very high concentration in various trees. I cannot say which trees were used for this particular piece of leather but it was clearly vegetable tanned and the properties of leather tanned in this way differ from those tanned by present-day methods.”

So you can actually ascribe it to a given period?

“Yes, yes, it is very complicated to describe the analysis, but the only scientific result we arrived at is that it could be a sandal that belonged to John the Baptist – or rather that with high probability it is a sandal from the time of Jesus Christ.”

That’s quite amazing. You have seen some very interesting footwear in your life. You reconstructed a 5,000 year old shoe worn by Oetzi the Ice Man, you are now inspecting the shoes worn by soldiers of the Terracotta Army. Can you tell us about some of the most interesting shoes you have come across in your life?

“There were many such shoes. There is a lot on cooperation on special projects between universities. For example one interesting project was our cooperation with Humboldt University in Berlin during which we made replicas of pilgrims’ footwear and we walked in them from Berlin to Wilsnack which is approximately 120 kilometers. That was a wonderful project.” 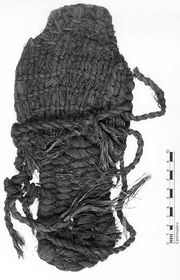 The oldest shoes found in Oregon And what it did feel like? How did you manage?

“It was very nice. Normally pilgrims covered 25 to 35 kilometers per day and walking on natural terrain was wonderful. A big problem was walking across the town centre which is covered with cobblestones. The shoes were not made for that. But walking on natural, soft terrain in these shoes was very, very comfortable and felt very good. There was no problem.

“Now we are very focused on the Terracotta army project of course. We have found some very interesting things, but we will be making those public in the autumn, so I cannot go into any detail now. We have studied some very interesting footwear found in Tyrol Castle and in Germany they found some 20 pairs of shoes from the Gothic period, exceptionally well-preserved. We also participated in the exhibition on the life and times of Emperor Rudolf II, because at Prague Castle they uncovered approximately 30 pieces of footwear from that period and we have even made a replica of the oldest shoes that exist – they are 10,000 years old - found in Oregon Grand Cave in the US.”

That is really quite amazing! Would you say that despite our modern technology the quality of shoes people wore in the past was better?

“You know, today footwear is a product that defines your social status. People chose shoes to that effect and -especially women- do not look for comfort. That is a problem and another problem concerns footwear for children. Children’s footwear production in Europe is decreasing and we have more and more imports from China. The problem is that Chinese producers do not have European standards. They meet the current fashion trends but health criteria lag behind. It is starting to be very dangerous.” 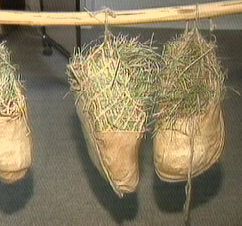 Prehistoric shoes Clearly shoes are now a big part of your life. Do you think about shoes a lot? Do you look at what people are wearing around you?

“Yes, yes, it’s what I call a professional deformity – when I meet someone new I always look at their shoes first. And nowadays about 60 percent of footwear made around the world is made in China – i.e. in one country. Eighty percent of all footwear made in China is exported. Footwear is the most globalized article on the world market and it is a really big complication just now.”

Do you have sleepless nights thinking about shoes?

What kind do you prefer yourself?

“You know, just now I am in relatively high office at the Faculty of Technology and I need to have representative shoes – black leather shoes. At home I prefer something comfortable. In the summer I like to wear sandals.”

When you look at shoes from the old days and see quality shoes that are really comfortable and took three days to make instead of a few hours do you envy people for having worn such shoes?

“Our faculty participates in different European projects focused on developing new kinds of footwear and I think that in the near future we will see a new wave when comfort will become more important and there will be a boom in custom-made shoes. We have the technology required and are able to produce such top quality shoes even now but there are drawbacks – they are three to four times more expensive than ready-made footwear and they take time to make. You must go to have measurements taken using a special scanner, you can choose the materials you want and the colour you want. But it takes at least one month to get them made. And customers do not like that. When you need a new pair of shoes you go to a store and expect to pick a pair right away.”

Have you got a pair of shoes made-to-measure? 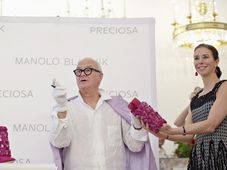 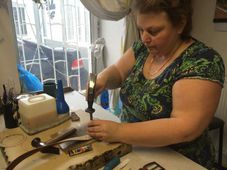 The art of traditional shoemaking is slowly disappearing in the Czech Republic. The town of Zlín, home to footwear mogul Tomas Bata,… 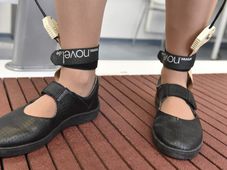 Swollen feet and leg cramps are common side effects of pregnancy that tend to get worse with increasing weight gain. Now scientists…