If your experience with marmalade is limited to the traditional breakfast staples then you are missing out on an exciting culinary experience. Today marmalade makers from around the world are creating sophisticated recipes that have elevated the once-simple preserve from your grandma’s pantry to a new level – to be used on roast meat or fish. 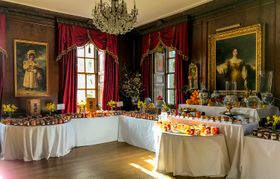 Photo: archive of The Dalemain Estate The World Marmalade Awards held at Dalemain Mansion in Cumbria annually attract artisan marmalade makers and enthusiasts from around the world. This year the organizers received over 3,000 entries from 43 countries. Jane Hasell-McCosh who founded the awards in 2005 explains what led her to organize an event celebrating the tradition of marmalade making.

“I wanted to preserve the heritage of marmalade making and to encourage home producers. I wanted an education angle to it, with all the children that take part. I also wanted to raise money for charity, but most importantly, I wanted to create a marmalade community and it has suddenly become a global community.”

The idea took off beyond Jane’s wildest dreams, inspiring people from around the world to get involved –both gourmets with centuries-old family recipes and inventive fans who simply decided to give it a go.

Not surprisingly, the event has appealed to people in the Czech Republic where home marmalade making has a long tradition and flourished during the communist years when Czechs put their inventiveness and traditions to good use to make up for the lack of goods in the shops. As a result, Czechs not only take part in the annual competition, but manage to collect quite a few awards as well.

Jan Beer from Prague made three different kinds of marmalade in his kitchen last winter and decided to send a few samples just for the fun of it. His Blood Orange marmalade picked up a bronze award:

“I was out shopping in December and saw these amazing blood oranges. They were really exceptional and I decided to make some marmalade from them. What I did was, I added a bit of finely chopped fresh chilli to bring it to a higher level. Consequently this is a marmalade that is not just delicious on bread and butter, but wonderfully complements roasted meats as well.”

Jane Hasell-McCosh says it would be a pity to eat these delicious marmalades only in the traditional way and that experimenting with them brings surprisingly delicious and unexpected combinations. 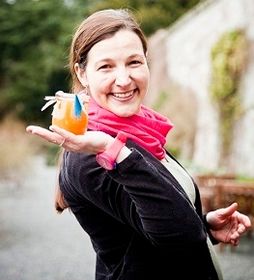 Blanka Milfaitová, photo: archive of Blanka Milfaitová “I eat sausages with my marmalade, which are delicious, or a bacon bap with marmalade in it is delicious too. I can highly recommend marmalade with porridge. Marmalade with fish is also extraordinarily good. You can really take it to any level you want because the complex taste of marmalade is so sophisticated it can flatter and combine with so many other foods –it is a really exciting preserve.”

The artisan awards promote small scale marmalade makers using the open-pan method. Judged by an esteemed panel, these prestigious awards put marmalade makers on the map, and winners can display their ‘Gold’ ‘Silver’ or ‘Bronze’ Award roundel on their jars, a huge marketing gift that declares their marmalade one of the best quality preserves in the world.

Blanka Milfaitova is a well-known name in the Czech Republic. She started offering her home-made jams in her coffee house in the Šumava Mountains ten years ago and demand for them was such that in 2012 she set up a mini-manufacture with two employees who made jams, marmalades and syrups from scratch as they were made for centuries - processing mainly regional fruit of the highest quality from neighbouring farms, using spices, mountain honey and herbs. She was soon collecting awards the world over.

Her Lemon Marmalade won Double Gold at the Dalemain Marmalade World Awards in 2013 and was among the selected marmalades sold at Fortnum and Mason –from where it found its way to the British royal table. A year later the “Czech Marmalade Queen” embarked on a Marmalade Expedition making marmalade from local produce in 35 countries around the world. Blanka made marmalade in San Marino, Sicily, Luxembourg, Spain and Morocco demonstrating her art to the public and creating new recipes along the way. She says it was an exciting time and a huge inspiration.

“For instance when we were in Trinidad and Tobago I made marmalade from a very ripe papaya, the world’s hottest chilli pepper and a few termites which we had picked up in the rainforest.”

This year Blanka won the Gold Artisan Award for her Lemon, Pear & Tahitian Vanilla. Jane Hasell-McCosh says that each country and region brings a special flavour and input to the competition.

“In our competition the thing we find most interesting is how clever people are with new combinations and flavours. We have now started a marmalade festival in Japan and I would rather like to start one in the Czech Republic. In Japan there are so many kinds of citrus fruits that we have never heard of which are creating a whole new raft of marmalades that we are now enjoying in the UK.” 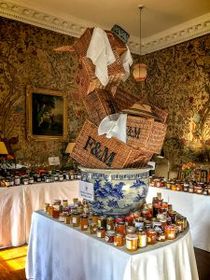 Photo: archive of The Dalemain Estate Due to the coronavirus pandemic the diplomas are being sent out to the winners by post and the organizers have had to cancel the 2020 Marmalade Festival but they say they are determined to hold a citrus celebration later in the year. Moreover they are proud of the fact that despite the challenging circumstances, the 2020 Marmalade Awards have raised thousands of pounds for Hospice at Home and palliative care charities around the world. Jane says she’s looking forward to a time when the coronavirus pandemic will be over and she will be able to welcome visitors in Dalemain once again.

“We would like to invite all the people from the Czech Republic to come and visit us once borders are open again and this terrible time is finished. We would like people to come to Dalemain and see our house which is open to the public; there’s a lovely shop, a tea-room and a very beautiful garden which is looking at its best right now. We also have a Marmalade Museum where you will be able to see one of the winners of the Double Gold Marmalade Award –Blanka Milfaitova from the Czech Republic who won at the very beginning of the competition and is now doing so well in your country.” 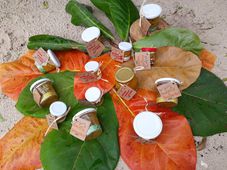 Daniela Mauleon Davidova is one of the many Czech entrepreneurs who have decided to set up a business far from home. Her start-up,… 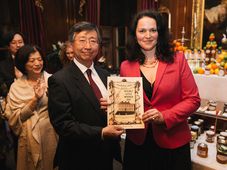 Did you know that some of the best marmalades are produced in the Czech Republic? At least according to a prestigious British competition… 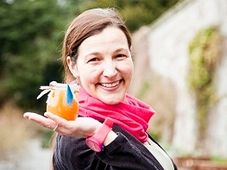 Blanka Milfaitová’s famous marmalade mini-manufacture is a dream come true. Her jams, produced in a small village in the Šumava mountains…