Back to the 'homeland' and straight to the Archives

Founded nearly twenty years ago in a Sokol community hall in America's heartland, the Czechoslovak Genealogical Society International now boasts close to four thousand members, from all fifty states in the Union and around the globe. For the first time in its history, this society of amateur and professional genealogists held its biannual congress in "the homeland."

Czechoslovak Genealogical Society International To mark the occasion, the Czech National Archives in Prague is staging an exhibition some two years in the planning. It traces the waves of Czechoslovak immigration to America through personal artifacts and encourages Czechs -- and those with Czech blood -- to take advantage of the archives resources and trace back their family histories.

"I'm Evelyn Krenek Fergle. My husband Don and I are here today for the genealogical conference..."

"We ourselves can trace the Pavelka family to the 1600s, but we haven't linked to the religious census; there's a gap in there. So we're working on that."

"My mother was born in Usti nad Labem and came to the United States in 1907."

"I'm fifteen years old, and I'm from Omaha, Nebraska ... My grandfather took my dad here to see the village for the first time when he was my age."

"Actually, all four of my grandparents were born in Moravia or Bohemia, so I have many roots to search." 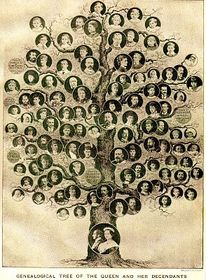 Krenek, Pavelka, Fergl, Kokes - typical Czech surnames all, they belong to members of Czechoslovak Genealogical Society International who have stopped for a chat in a Prague hotel lobby on the last day of the Society's official 'Back to the Homeland' program of tours and lectures. The US-based organization to which they belong has for nearly two decades now been helping people trace their family trees back to the Czechoslovak region as it stood back in 1918, when the independent nation emerged from the ashes of the Austro-Hungarian Empire.

"Today we are bringing to the Czech lands our first international conference - we have major conferences every two years. We've been in Chicago, we've been in Lincoln, Nebraska...."

Dave Pavelka, a fifth-generation Czech-American from the state of Minnesota, is the Society's co-founder.

Evelyn Krenek Fergle: "This is my fourth visit and my husband's third ... We grew up in the very Czech-American corridor west of Chicago - [the suburbs of] Cicero and Berwyn - where, in the '40s, when were in high school, you could still go up and down Cermak Road and find bilingual shopkeepers..."

Like many Society members, the Fergles are eager to connect to their roots, and have visited the 'old country' many times since 1989, and have retained professional Czech researchers to help them navigate town and church records. The ultimate prize: to meet a long lost family member.

"I have a researcher who has gone back to the 1600s and we are going to spend the next two days going to the villages near Mlada Boleslav and the Mnichovo Hradiste area and meet some of the people who may be distantly related."

Some one hundred and twenty-five Society members traveled to "the homeland" this past week to see search through land registers, regional and national archives, military records and the like for clues as to where their forbearers hailed from, be it Bohemia, Moravia, Slovakia, or the region of Silesia that crosses into Poland and Ruthenia, once the easternmost part of Czechoslovakia and now part of Ukraine.

"I learned that my grandfather sold his featherbed - which was one of his few belongings - and off to America he went, all by himself."

Among those making quantum leaps this past week in piecing together the family history was Society member Dottie Speidel.

Advice for would-be Czech immigrants, circa 1870 "We went to the radnice, the city hall, there was a directory, and indeed: the shop that he apprenticed was on the town square, building no. 64."

Mrs Speidel also got proof that her grandfather had in 1880 apprenticed for a man named Josef Cap at a general store in the southern Bohemian town of Telc before emigrating at the age of fourteen.

"I took a photo of it; I now have information about it."

RP: And all of this you discovered on this trip?

"Yes -- and I was absolutely thrilled and delighted."

The first major wave of Czechoslovak immigration to America came in 1735, when a group of Moravian Brethren, descendants of the followers of religious reformer Jan Hus --who were exiled after the defeat of the Protestants at the Battle of White Mountain over a century before-- made their way to the New World. By the time of the American Revolution in 1776, more than two thousand were living in the former British colony that was to become the United States.

"We all have ancestors who fought in the Austrian or Austro-Hungarian armies, for the Habsburgs," says Dottie Speidel.

The next big waves of Czechoslovak immigration came after the 1848 revolutions that swept through the Habsburg kingdom; and in 1914 as Europe mobilized for the First World War. But before the Velvet Revolution of 1989 and the collapse of communism, few people living outside the former Czechoslovakia, and virtually no amateur genealogists, had access to the rich historical records here.

"In those days, it was an impossible task because of the political situation in the Czech lands; it was a communist country, travel was difficult, the archives were almost inaccessible..."

Even so, through decades of hunting through dusty archives on both sides of the Atlantic, Dave Pavelka has managed to trace back his Czech roots nearly four centuries. Through cooperation with the Prague-based Czech National Archives, he hopes to fill in the few blanks spots remaining in the family history.

RP: Did you actually see the original censuses this trip? And if so, how did it feel?

"Well, for a genealogist to see original documents, you know, chills run up and down your spine... It's a thrill."

Dr Lenka Matusikova is the Czech National Archives' specialist in pre-1848 state and church archival holdings. She worked together with the Czechoslovak Genealogical Society International to bring the current display to light. As she explains, the exhibition is not just about traditional documents, and not only intended for the Czech Diaspora.

"This exhibition is dedicated to genealogy as such, not only to tracing the family history of Czech emigrants. But the idea to stage this particular exhibit came from the Czech Genealogical Society based in Minnesota, which this year is holding its 'Back to the Homeland' tour. So, that's the reason we are staging this exhibition just now. For the main part, it's a collection of family documents and letters gathered by two genealogists from Minnesota. The exhibition is about showing the traces that a person can leave behind, and how we, the person's descendents, can follow that paper trail; it's about all we can discover."

Town registries and church burial records are a good place to start Dr Matusikova says that, in addition to searching birth, death and lend registers, would-be genealogists must mine not only local church, school and military archives for information, but talk to family members and look carefully through family documents, such as letters and old school report cards, which can provide valuable clues about one's ancestors, and how they lived.

It is for that reason the exhibit at the National Archives has so many personal items on display.

"It really gives a picture of what the information the archives can hold about an individual. I think that the exhibition mainly shows how many paper 'footprints' a person can leave behind in life." 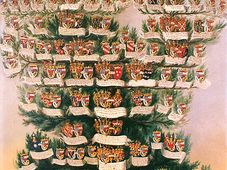 Ever since Czech TV began broadcasting its own version of BBC’s show Who Do You Think You Are, many people have developed an interest…

Ever since Czech TV began broadcasting its own version of BBC’s show Who Do You Think You Are, many people have developed an interest… A ten-year-old boy stuns police offers by driving his parents’ Škoda car for over 120 kilometres without causing an accident, why…