Thousands of Czech women are registered as being married to Germans, Americans, Brits and Italians. But finding a westerner married to a Czech male is nigh on impossible. Only 29 Americans, and 19 Brits were wedded to a real-life Czech male in the last figures for 2003; making them an extremely rare breed. 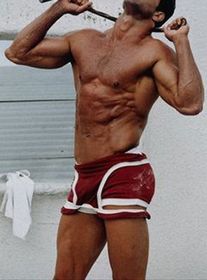 American journalist Dinah Spritzer has lived and worked in the Czech capital for many years. She is particularly interested in the very unbalanced numbers of Czech men and women married to foreigners, and has published numerous articles on the subject.

She suggests that western women may be put off by the somewhat unappealing stereotype that they have of Czech men;

It does sound rather demanding - especially for someone whose culinary showpiece is pasta a la beurre - but does this stereotype have any grounding whatsoever? Dinah suggests that it does;

"Czechoslovakia in the first republic had an extremely strong feminist movement, in fact it was one of the strongest in Europe. But then under Communism it was quite common for the woman to do all the housework, and all the cooking, and hold a job, while often men had very difficult manual jobs, and were exhausted by the time they came home. I think that has caused somewhat of a delay in the movement to have housework and cooking shared. This is still an issue." 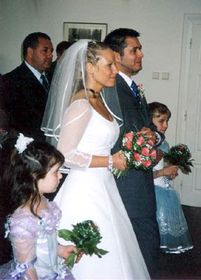 The majority of mixed nationality couples I quizzed said that household chores weren't such a sticking point for them, and that they normally shared out the housework 50-50. But many did agree with Dinah more generally, citing Czech males as having a relatively conservative attitude towards home life.

Jane Kirwin is one of the exceptionally few westerners to have a Czech partner. She has been living in Prague with Ales Mahacek for the past five years. They originally met in London, while Ales was living there in political exile.

She tells me that Ales has always been particularly fascinated by England.

"He went to prison because he was curious about literature. In 1968 he came to England with a friend and they had no money and they hitched around, so he's always been quite interested. He likes a lot of things about English culture."

Ales is obviously quite an extraordinary character. Jane tells me about his son, who perhaps better fits the description of a so-called 'typical' Czech male:

"His son works in Prague, he goes to his country smallholding every weekend and he is very contented. He does have to travel, his job sends him to France and to Germany, but he likes to live here - he likes his Czech partner. I don't think he has ever had a relationship with anybody but a Czech woman."

Dana Smith is a young Czech who has just married an American living here in Prague. She agrees that Czech males are more reticent to date westerners than their female compatriots. She explains why she thinks this is;

"I think that women here are more flexible and free, and they no longer necessarily want to be the traditional Czech woman in relationships, while Czech men are a little bit more traditional. They like having someone taking care of them and cooking them food."

Idle? Sexist? Czech men are taking a bit of a bashing at the moment, so I called in a special aid to defend their reputation;

"I think that the stereotype of a Czech man as someone who demands that his wife cooks for him, takes care of her own appearance and looks after the children is now a little bit old fashioned. Maybe it can be said of the older generation, but of course, not all. And as for young Czechs, I would say that this is not the case at all. I have lots of friends who are married, or who are in long term relationships, and in their households they share out equally the household chores. Both of them go to work everyday, both of them are earning. I would definitely say that males and females in the Czech Republic today enjoy equal status."

As for my special aid, well, he is reputed to be very good at the ironing, and makes a mean mushroom sauce, it has been said. And perhaps young western females are being won over. But the extraordinarily low number of marriages between these females and their Czech partners remain. We continue this tale of woe, by looking at some of the obstacles that our star crossed international lovers face.

First, and perhaps most fiendishly is the language barrier between a Czech and a non-Czech, regardless of gender.

Dan and Dana Smith seem to have established a good system. They alternate Czech speaking weeks with English speaking weeks, and can converse in each other's languages fluently. But even then, Dan tells me that speaking different first languages does remain a problem; 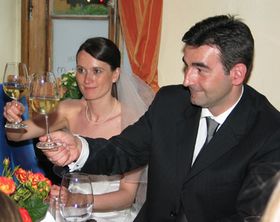 "It inhibits communication on a deeper level sometimes, it can. But I think that I speak Czech well enough, and she speaks English well enough that we can communicate adequately now. But at the beginning it was difficult. If you really want to discuss something meaningfully with another person, it's a big barrier - and it's a big barrier in general."

But then Jane Kirwin doesn't agree. She is a poet, and has found that a knowledge of Czech has influenced her work and her use of language. She insists that one of the great things about her relationship with Ales is trying to get over the language barrier that exists between them;

"It's quite fun to play with. Both of us have gaps, when he says something and I have a few seconds of all the other possibilities of what it meant. It's quite nice, because it gives an additional dimension to the exchange. So I think it actually helps a relationship. You have to push it, like this morning I had an email which asked me whether I was "giving up coming to these shores", I read it out to Ales and he said "shores? What does that mean, shores?" So we had to talk about a shore, beaches, shoring up a house. We had this long conversation, and that was quite interesting because I had to think about what 'shores' is, and I took it for granted before."

Language is the most apparent obstacle for mixed-nationality couples, but more abstract notions such as nationality also seem to pose problems. I asked Dan and Dana whether nationality played any role in their marriage, and this time in her native Czech, Dana assured me it did; 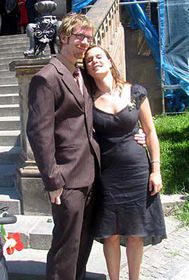 "Of course it does. We have a joke that we like to tell our friends, which demonstrates the differences that exist between foreigners: There's a pretty girl, who has bright green hair and who's clad in some new purple outfit. The American says to her "Wow! You look fantastic! Where did you get that outfit? I want to go shopping there too!" The Frenchman when he sees her says, "Umm, it's... nice, but I've seen you in things that suit you more", and the Czech says "Jesus Christ! What are you wearing?" So nationality does alter a person's behaviour. Definitely."

So for mixed-nationality couples it is difficult to get together, and then to stay together, and Czech females seem to be a lot better at it than Czech males. My sample Czech male suggests that it may all boil down to money;

"Maybe it bothers Czech men that western women, from Britain and America have more money than they do. Maybe this deters them from entering into a relationship with a western woman. On the other hand, Czech women sometimes have the image of a western man as some sort of rich prince, which might explain why so many more Czech women are in relationships with western men."

Whether it is money, unflattering stereotypes, language or conservative attitudes which are nipping relationships between Czech men and western women in the bud; it is certain that there is a long way to go before scores of western women start looking for a Jan in shining armour. 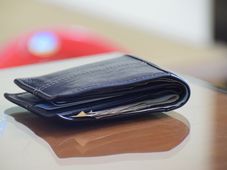 Czechs among the most honest nations in the world, study says

Czechs are one of the most honest nations in the world, at least according to a research called ‘Civic Honesty around the Globe’, published… 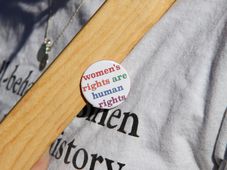 The Czech Republic – along with most Council of Europe member states – has signed on to the “Istanbul Convention”, which aims at preventing and… 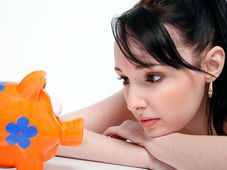 Czechs do not have much confidence in their partner’s financial skills, suggests a survey carried out by the post office bank, Poštovní spořitelna.…