Since its foundation in the early 1990s, the Prague-based Člověk v tísni, or People in Need, has become one of the biggest NGOs in Central Europe. Founding member Šimon Pánek has for many years been the organisation’s director, and when we met at People in Need’s HQ the other day the conversation touched on its targeting of aid, politics, international perception and plans for the future. But I first asked Pánek what for him had been its standout projects of the last 20 years-plus. 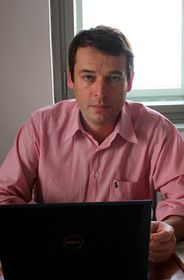 Šimon Pánek, photo: Štěpánka Budková “What was important was one of the very first projects, SOS Sarajevo, a big fund-raising campaign in the Czech Republic and relatively massive humanitarian aid into the besieged city of Sarajevo during the war. That was a formative period for us, for sure.

“The second important period I regard as when we were approached by students from Belarus and Cuban immigrants in the second half of the 1990s with a simple question: did you forget that we are not free yet?

“They said, you got your freedom, you got rid of the Communist regime, but we still have Lukashenko, we still have Castro – it’s a bit unfair to forget that we are in a bad situation.

“At that time we basically established the second department of People in Need, dealing with human rights, or supporting human rights defenders.

This was the notorious Matiční Street.

“Yes, Matiční Street. And we were shamed. We were sitting around the table – I still remember the day – and one of my colleagues said, if we are able to operate in Chechnya, if we are able to do illegal work and support dissidents in Cuba, Burma, Belarus, we should be able to try to do at least something in such a shameful situation in our own country.

“So we started with social work at that time, and now we are running 10 offices around the Czech Republic with almost 200 employees working in 60 localities, dealing with social exclusion and all other connected things.”

Could we get back to the political activities of People in Need? You were saying that you support the opposition in countries like Cuba, Burma – do you have a kind of neoconservative approach, where you’re trying to in a sense export democracy to these countries? Neoconservativism has been largely discredited politically, I would say.

“Yes, I absolutely agree that the word democracy was discredited, mainly through the Bush era. 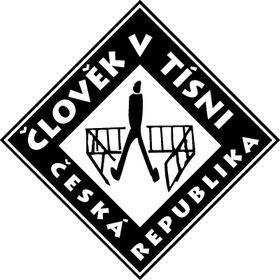 “What we do is we try to support the people who are there in their activities, their interests.

“We do basically the same thing that same things that were done from Sweden, Britain, France, Germany – to a certain extent from the US as well, but mainly from European countries – during communism for [Czechoslovak] writers, intellectuals, dissidents.

“And I think to say ‘opposition’, it means we are supporting the political opposition – in the vast majority of situations that’s not true. We are supporting student groups that want to discuss the economy…”

But they want regime change.

“Some of them. Or regime improvement. They want to get freedom to travel, they want free access to the internet.

“Of course from the point of view of dictatorships or authoritarian regimes we are breaking some of their laws. But is the law legitimate if it deprives people of free access to the internet in the 21st century? I don’t think so.

“We are basically helping people to get very basic things that you and I can have here on any corner.

“What’s important is that if any change is going to happen and to be sustainable, it’s the destiny of the people there. If they can’t read books by Václav Havel or about the economy, or get access to the internet or even publish what they write, I think it’s unfair.

“We are basically helping them to overcome the obstacles and oppression which, in our opinion, illegitimate, undemocratic regimes are imposing on their own people.”

You mentioned Václav Havel. He was a great supporter of People in Need and of you personally – at one point he said that you could follow him as president some day. What did his backing mean to People in Need, especially internationally in terms of creating your profile? 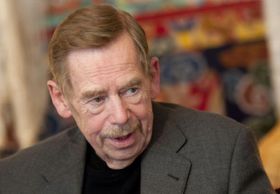 Václav Havel, photo: Filip Jandourek “Well, of course it was very important to have a person like Václav Havel here. We did not cooperate directly as much as it might appear – it was more of a convergence of the same principles, values and ideas.

“On the other hand, in some cases yes, we were carrying messages from Václav Havel to people in Burma, Cuba, East Timor, Chechnya.

“It was very important for the people to hear that we are coming from the Czech Republic and that Václav Havel is sending his greetings, whatever.

“Because his life was kind of a fairy tale for people living in unfree countries. And a big hope that if a powerless writer can win over a very strong regime, sooner or later freedom will come even to their countries.

“Internationally, yes it helped, probably. On the other hand, I think 20 years of work without any major mistakes or problems, high credibility among people, a few tens of thousands of stable supporters, I mean financial supporters which we have in the Czech Republic – these are important factors as well, of course.”

There are so many crises around the world and there are always fresh ones it seems – how do you decide which ones to target with aid?

“It’s a very good question, but of course it brings us back to the ultimate question – does this really make sense?

“If not, we often cooperate with our colleagues from Alliance 2015, which is eight organisations from Europe.

“If we are able to get together a few hundred thousand euros for a crisis, if it’s in one of the countries where the partner organisations are working, we just channel the money through them. Because there is no sense in spending the money on extra offices, cars, flight tickets. 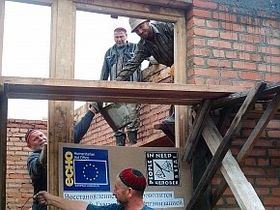 Reconstruction of school in Chechnya, photo: archive of People in Need “What we really don’t want to have is more flags on the map. Often less is more. To be focused and to really be able to achieve more and to go deeper in addressing the needs of the people and the causes of the crisis is more important than how many countries we are active in.”

Does the fact that People in Need comes from the Czech Republic influence how you are seen in different parts of the world?

“Absolutely. Coming from a small Central and Eastern European country has some advantages, but also some disadvantages. The disadvantages are that we really had to work hard to get on the mental map of big institutional international donors.

“The advantage is that we are not seen as having any other agenda. Still people coming from the US and strong Western European countries are… seen with greater suspicion.

“We come from a very small state without imperial ambitions, without really big influence. Basically people welcome us and I think they tend to trust us more quickly than NGOs coming from very strong countries with support from very strong governments.”

How would you like to see People in Need develop into the future?

“The last 20 years were interesting in one regard – we never made any plan as to how big we wanted People in Need to be, or how much money we wanted to turn over every year.

“We were always responding to needs which came from outside, humanitarian needs or the big floods in the Czech Republic, or issues connected with social exclusion, mainly of Roma people.

“It’s slightly changing, because we are too big to just respond. We are discussing more and more some new fields.

“The staff is getting older, including us in the management, which is probably good for the stability of the organisation.

“What I’ve seen during the last few years and what I think is extremely interesting and extremely important is that we are kind of materialising into systemic objectives our experience and cumulative knowledge from concrete work with beneficiaries in humanitarian development, social work, education. 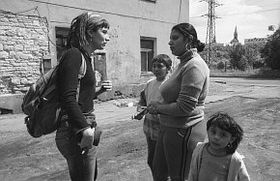 Photo: archive of People in Need “So while continuing with direct work we are more and more dealing with governments, inter-governmental bodies, coming with different suggestions, procedures.

“We are trying in different fields, like debt issues among the socially weak part of the population in the Czech Republic, to bring in education, some system improvements.

“This is a new ambition – not just to help people do concrete things which are making some change, but trying to address the causes, not just the symptoms but the causes of different problems. 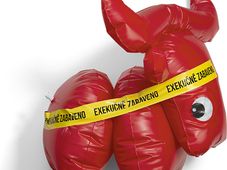 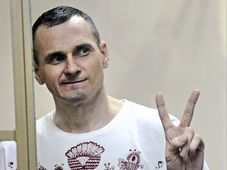 Ukrainian filmmaker Oleg Sentsov, who was sentenced to twenty years in jail in a political trial after protesting against Russia’s…