Václav Novák: a man for managing a crisis

Václav Novák is a crisis manager. And with the ongoing economic crisis following on the heels of the financial crisis, things have been pretty busy for him. He has been in the headlines a lot recently after being bombarded into a top position at state-controlled carrier Czech Airlines (ČSA) and then suddenly stepping down. But he has a long line of Czech companies that he has pulled back from the brink, including steel making giant Vítkovice. I met him in his central Prague office and asked him if he was surprised by the government decision not to go ahead with a sale of Czech Airlines to the sole bidder.

“No, not at all. I think it was clear from the moment the envelope was opened. If you look at the structure of the offer there is no reason to really take it seriously in terms of a sale.”

In what way was it not serious. They were offering a billion crowns, obviously with conditions attached. 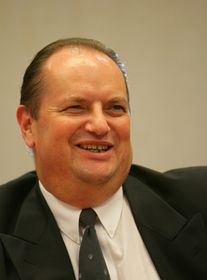 Václav Novák, photo: CTK “A billion crowns is a considerable amount of money, maybe not enough, but still a lot of money. But if you look at the conditions of the offer it says that you the state as the shareholder would have to increase equity to zero by the time of closing the transaction. The equity by the time of closing would be about minus 2.0 billion. It meant that the state would have to chip in an extra 2.0 billion crowns to get 1.0 billion back in the next four years. It does not make much sense.”

Can you explain how you came rather abruptly to be on the supervisory board of Czech Airlines and then abruptly you were no longer there.

“I could have stayed on but I did not. There were a few things that I found were completed, namely designing what to do with the company. The second thing was cutting costs of personnel and finding some help for the company because it needed help. I said at the outset of my stay there that the company would need the help of the major shareholder, that is the state. One of the options from the very beginning was getting the company linked to Prague airport, which did happen. I think from the present point of view that is a very good move. In the long term, some things have to be done anyway such as cost cutting and more strategic decisions have to be made and in my view it has to be sold to a strategic partner anyway. But with the link to the airport I think the company was in such a shape, such a position, that my work was basically not needed for two reasons. Both of these companies have the same shareholder so I think they will know how to deal with this thing. The other thing is that the managing director of the airport and new managing director of Czech Airlines is very capable. I am sure he can do the job, and that was it.”

Putting it into context, how bad was the ČSA case and how difficult was it to fathom what was needed to do. 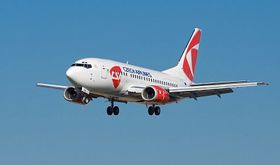 “In my view from what I know after a few weeks of working on it, the airline business is not all that complicated. It is very competitive, extremely competitive, but the structure is not that difficult to understand. Either you are market leader of the top line segment or you are cost leader. There is not any chance to stick yourself anywhere at all in between. There were two major difficulties. The first was that it was very much in the public eye. Anything that happened was in the newspapers the next day. The most important difference from other companies I have experienced is that the business was very quick. Whatever changes you make you see in the profit and loss statement in the next couple of weeks. One has to be very careful but on the other hand you have to be very quick. And that is good, because if you are quick you are successful. This is basically the only difference. Plus in a company like this you do not deal with some huge customers to whom you sell some huge investment parts or whatever. You deal with individual customers and if you do something wrong they will just jump on another plane. So you have to be careful and the employees have to be careful how they treat the customer because at least 30 percent of employees deal face to face with customers. I think that is it. It was not more difficult or less difficult but it was more political. That is another thing. But in terms of the business structure I do not think it was very difficult.”

Coming back to your experience as a crisis manager, you have experience of around 25 companies.

How bad is the situation sometimes when you are brought in. Is it almost without hope sometimes. 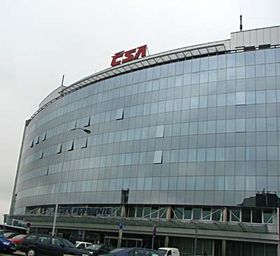 “Sometimes it is really desperate. But if it without hope I will not go there. There has to be a certain amount of hope. But sometimes it is beyond belief it could be fixed. I have experience of cases where we were just two weeks away from total collapse. I was in companies where it was just on the verge of bankruptcy. Sometimes the bankruptcy proceedings were about to start. I was in companies under a lot of attack from creditors. I was in companies that had no money to function. Basically, that is paying out salaries and having running water and electricity and so on. But these things are things that you can solve. All you need is a little bit of time, a little bit of time to talk to the creditors face to face after you have found a solution. If you manage that, there is a pretty good chance that you will succeed in the end because, whether they like it or not, they will help you because it is their problem as well. But as I said a few moments ago, it is important to know before you start that you have a chance. Because in some cases there is absolutely no chance and there is no reason to go in there and get beaten up. Why do that? ”

What personal characteristics does a crisis manager need.

“First, you have to like it because in some parts of the world it is not called crisis manager but it is called turnaround artist. That is pretty much what it is. It is a sort of art. You have to be excited about it. You have to like it. On top of that you have to have some qualities that you probably have to be born with. I will just name a few. You have to be able to turn complicated things into something simple that you can explain to basically anyone. You have to have the ability to go head to head in a conflict because without going into a conflict there is no way to solve it. You have to have the ability to fall asleep in the evening even if you know you have no money to pay the salaries the next morning. These are things that make you more likely to succeed or likely to succeed. On the other hand if you have this and you like it, because you have to be excited about it – if you do not have fun in the critical things you might as well pack it in and go away. But if you do have fun and enjoy it, there is a good chance you will succeed in the end because someone has to succeed. So why not the one who is not totally stupid and who has done the homework right.”

So there is basically a big adrenalin buzz in the business.

“It is, that is all there is to it. Yes, you do have to have the education. You do have to know very well how to read a balance sheet. You have to have experience of how to deal with people. You have to know about the legal structure of such a situation. These are things you have to learn along the way. But the most important thing is to have the willingness to go into the adrenalin game and enjoy it. And if you enjoy it, as I said, you are quite likely to succeed.”

We are talking these days a lot about crisis, financial crisis, economic crisis. Are these good times to be a crisis manager. Is there a lot of work out there.

“These are good times of course. The last seven years of constant growth was not something to write home about but even in those times there were companies doing poorly enough to be on interest to a person like me. But these are good times.”