Thomas M. Messer was born in Bratislava in 1919 but moved to Prague at the age of four, when his father got a job teaching German Studies at Charles University. After moving to the US at the start of World War II, he went on to work at a number of art institutions, including New York’s Guggenheim Museum, where he was director for 27 years. Mr Messer, today an urbane gentleman of 88, grew up in Czechoslovakia’s inter-war period First Republic, regarded by many as the country’s golden era. Would he share that view? 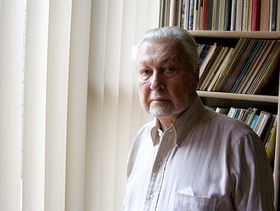 Thomas M. Messer “My memories are of a golden era, I have to say. We all, my family included, were in deep admiration of Thomas Garrigue Masaryk, the first president of the Czechoslovak Republic.

“And while of course we may somewhat exaggerate these things somewhat in recollection, we do think of it as a political era of great liberty, of socialism, of democracy. So I agree with the general impression.”

You would have been living in Prague at the time that Masaryk died – what do you remember of that time?

“Well, it was a day of great sadness for most of the Czechs and Slovaks. As I said, we all stood in great admiration of our first president. He was considered a man of great political wisdom, a man with global awareness, culture, civilisation and so on.”

You studied chemistry I believe, but did you take an active interest in art in those days?

“I have to explain this. My background was art and music. My mother’s family were professional musicians in Bratislava. So the arts and culture in general, music, were what I grew up with.

“My father maintained, not without good reason, that the fact that I played the piano was not going to keep my alive, financially. So he advised that I should also take up a subject which could nourish me sufficiently.

“It was well-intentioned but it was catastrophic, because I had no interest in it and I was not at all talented in that way.

“After four years of chemistry there and two additional years in America, I finally awoke one morning and said, not one more day, even if I die of hunger, and switched to where I thought my identity belonged.’

In 1939 you came here to America. I’ve heard for different reasons – that you came because you got a study grant, and that you came to escape from Hitler. Which was it, or was it both?

“Well, I didn’t have any reason to escape. My family remained there, but of course nobody was comfortable under Hitler. So I would say it was a study grant that was well timed.”

But on your way to America the ship that you were on was sunk by the Nazis.

“That is correct. I believe I left London on September 1 [1939], on September 2 war was declared and several hours later, five or six hours later, what must have been one of the first torpedoes fired during World War II sank the boat, with me on board.

“I spent six very disagreeable hours in a lifeboat, at night, to be finally rescued and brought to Ireland, to Galway, as I remember it, and eventually embarked upon a second try, which was more successful.”

I believe you later joined the US Army, when you arrived here in the States.

“Yes, but not right away. I studied and so on and eventually I decided that I should volunteer and join the army. In the process of this I became an American citizen.”

Did you see active combat?

“Yes, I did. I was with the Seventh Army in Europe, on the French-German border, in the infantry. And I did see very active combat indeed.”

After that, I believe, you were involved in interrogations of Nazis.

“I was involved in the interrogation of prisoners, yes, who typically speaking were Nazis.”

You were based at that time in Munich and were able to return to Prague. What state did you find Prague in, after those years of war?

“By the time that I returned, which must have been in 1956, there was of course great relief that the Nazi period was over. But of course, on the other hand, the liberators were the Soviet Union. So the joy was tempered by the fact we were subject to another autocratic regime.”

As for your later career, you studied art history and worked for many institutions, and then ended up working for the Guggenheim and becoming the director. How did you get that job?

“Of course by that time I had had a number of directorships, smaller and less prominent, but nevertheless I was a more or less logical candidate for the vacancy that had arisen.

“I was invited by Harry Guggenheim, who at that time was president of the board, for an interview. He asked me all the possible questions, but chiefly he was interested in my ability to convey to the public the meaning of modern art.”

What Czechoslovak artists did you feature at the Guggenheim in those years or hold exhibitions of?

“I can remember two. One was František Kupka, a very important pioneer of abstraction and more or less contemporary with Wassily Kandinsky and others. And the other, somewhat later, was Jiří Kolář, with whom I became very friendly.

“I should say, however, that I did not make decisions based on nationality. The basis for my decisions was artistic quality.”

Do you today return to the Czech Republic, to Prague, and when you do what are your impressions?

“Well, of course my return to Prague is one in which memory and the recall of my youth and my life as a child retains its vividness. It is a very emotional feeling that I have. Even though I do not now have any close family alive, I think of them even more frequently than I do when I am here.

“I am…constructing my inner life as it really occurred, as a sort of combination between Europe and America, between the ideals of my childhood and youth and those of my adult life.” 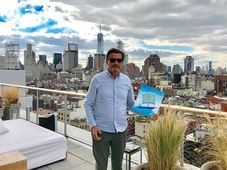 Petr Sís: Our ancestors would draw in caves in times of uncertainty

The highly successful Czech-born illustrator and author Petr Sís has been resident in New York for several decades. As the city comes… 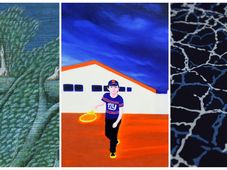 With New York reeling from the coronavirus pandemic, the city’s Czech Center is now reaching the public online. As part of this new… 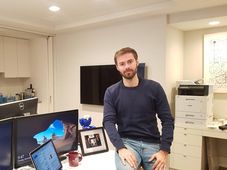 Despite being in his early 30s, Martin Mucha is already a successful Czech businessman in New York. Many locals may know Igluu, the…