A number of media outlets in this part of the world are spreading pro-Kremlin propaganda with a view to undermining faith in Western institutions. That is the message of a study recently published by the Prague Security Studies Institute entitled The Pro-Russian Disinformation Campaign in the Czech Republic and Slovakia. I discussed various aspects of this purported campaign with the author of the report, Ivana Smoleňová. My first question: What particular media outlets are involved? 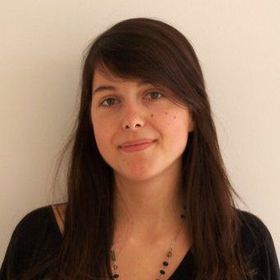 Ivana Smoleňová, photo: archive of Ivana Smoleňová “In the Czech Republic and Slovakia, the pro-Russian disinformation campaign comes from various sources. These are websites, informal communities on social media, NGOs. There are a few printed magazines, but the majority of the campaign is done online.”

When did these outlets begin appearing?

“That differs. The majority of them came into existence in the last two or three years. Three or four, maybe.

“Many of them were founded before the crisis in Ukraine. Just to give you a few examples, in Slovakia there is the conspiracy magazine Zem a Vek, which was founded in May 2013. 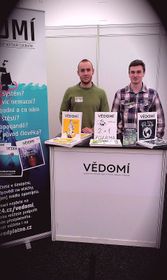 Photo: Official facebook page of Vědomí “In the Czech Republic there is the magazine Vědomí, which was founded in February 2014 but its parent company was founded in 2011 and has been active since then.”

What kind of stuff are they coming out with? How can you recognise that they are spreading pro-Russian disinformation?

“They have a lot of common characteristics. First of all, even though they claim no allegiance to the Kremlin, they spread very similar messages, or use very similar narratives to official Russian sources.

“For example at the PSSI we were studying the level of similarity between Russian sources, the Czech branch of Sputnik News, which is Kremlin-funded…” 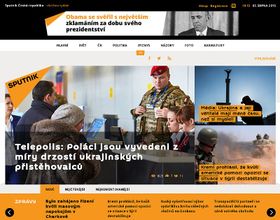 The Czech branch of Sputnik News “Absolutely. We were comparing it with these alternative media that claim no allegiance to the Kremlin. And in the end our finding was that they use very similar narratives.

“There are also some other characteristics, such as frequent use of conspiracy theories, emotionally charged words and symbols, the use of lies, and the way the information is spread through them.”

Is their content more pro-Russian or pro-Putin, or is it more anti-Western, anti-US? 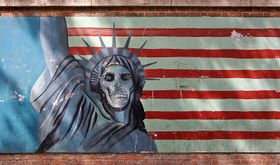 Illustrative photo: Phillip Maiwald, Wikimedia CC BY-SA 3.0 “They are not as pro-Putin as they are anti-Western. Target number one is the United States. But also NATO, the European Union, democracy as a whole, as a system.

“In general the campaign creates a very negative picture of the world, where the world is about to collapse, where there is a clash of civilisations. And in such an environment, in such a mess and chaos, Russia naturally emerges as a moral authority or saviour or peacemaker.”

Does it ever happen that this content is picked up from these fringe media outlets and repeated by the mainstream media?

“This has happened a few times. For example in 2013 one Slovak TV station reported on Juvenile Justice, which was a campaign started by a website. 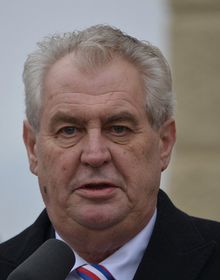 Miloš Zeman, photo: David Sedlecký, Wikimedia CC BY-SA 3.0 “It was a fabricated story about how the state authorities are taking children away from healthy families. This was reported on.

“More recently, in November there were protests against President Zeman in Prague and a website started spreading disinformation that the American Embassy was behind the protest. It was based on ‘one reader told us’.

“Even though some mainstream media reported on the story saying it was a conspiracy theory, this itself can cause damage. Because some people might start to question the truth. And it’s also harder to debunk a story than to create a false story and to spread it.”

Given that President Zeman is generally seen as being pro-Russian, are these outlets, these websites supportive of him?

“Yes, in general they are. During this protest for example, he also indirectly supported them when he said that the theory could not be ruled out.” 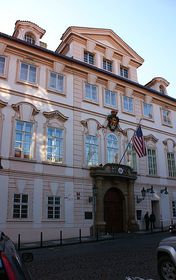 The US Embassy in Prague, photo: Czech Radio - Radio Prague The theory that the US Embassy had backed the protest against him?

Is there a kind of fertile audience for this kind of stuff in the Czech Republic? A lot of people here are simply left wing.

“You mean, what kind of people are they trying to target? I think they are people who are generally dissatisfied with the way things work, with the problems we have today, with corruption, with oligarchs in the media, with current developments.

“Also I think there will always be part of the population that will believe in conspiracy theories. For example, in the United States 30 percent of people believe that Bush is behind the 9/11 terrorist attacks. So it’s always there.” 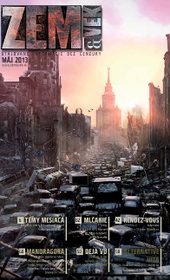 Zem a Vek Do you have any idea how these media outlets, these websites, are actually funded?

“This is slowly changing. Recently, a few weeks ago, the Slovak conspiracy magazine Zem a Vek, one of the strongest pro-Putin voices in Slovakia, acknowledged their cooperation with the Russian Embassy in Slovakia.

“This happened during a discussion in Moscow that was organised by the embassy, where they also announced a plan to create a media house in Slovakia consisting of radio stations, newspapers, children’s magazines. 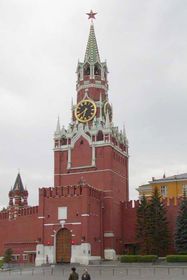 Kremlin in Moscow, photo: Stan Shebs, Wikimedia CC BY-SA 3.0 “Just a month before I was at public discussion of theirs in Slovakia where they were still claiming there was no cooperation with Russian entities or the Kremlin in any way.

“A month later they announced that there is very close cooperation. So this lack of transparency is also changing a little.”

Some people will say, What’s wrong with Russia having a campaign like this – if it is coming from Russia – because the Americans do something similar? They fund Radio Free Europe, for example. What’s the difference?

“Yes, there are many states or companies that fund medias, and there’s nothing wrong with that.

“But if you go to the website of Radio Free Europe, you can find what their agenda is, who is funding them, their mission statement – you can find all the information. 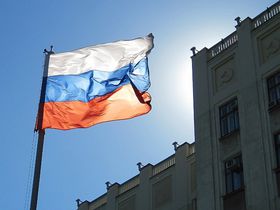 Photo: Giorgio Comai, CC BY-NC-SA 2.0 “But if you go to these pro-Russian websites there is a lack of transparency. We don’t know who’s behind them. In many cases we don’t know who’s writing the articles, who is funding it, what organisation they are associated with.

“What’s also problematic is the systematic use of lies and conspiracy theories. It’s very manipulative.”

So it’s hard to fight them because they simply fight dirty all the time?

“Not all the time. Some of the articles they have are very objective and some are even taken from reliable sources. But in between there are these conspiracy theories.” 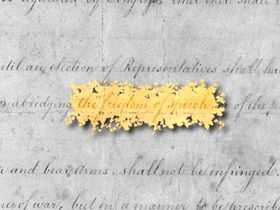 Illustrative photo: Chuck Coker, CC BY-ND 2.0 Is any government agency or any kind of agency doing anything to combat this stuff?

“There are many media outlets that are raising awareness of it. There are initiatives… But there is nothing yet directly against the campaign.”

Do you think there should be something done against it?

“Of course. I think just the fact we are talking about it right now is good, because we are raising awareness. We are explaining how it works and that increases the critical thinking of people. That’s important. 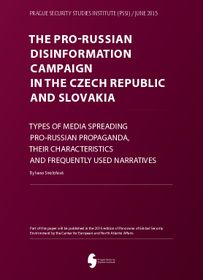 Photo: Prague Security Studies Institute “But there also should be initiatives debunking the conspiracy theories and the lies they are using, which are not yet present.”

What is the ultimate aim of this campaign?

“To undermine Western institutions, to weaken individual states, to weaken the EU alliance and to sow confusion in societies.”

Since your report came out has there been any reaction to it from what we might call “the dark side”?

“To all of my initiatives, articles and reports there has always been a reaction. There are many articles about me or the PSSI, which I work for.

“I have been receiving a lot of emails. They are either insulting or accusing me of being part of Western propaganda, being paid by Western intelligence agencies.”