Mycologist Jan Borovička on mushrooms and where to find them

With mushroom season in full swing, our guest in this edition of One on One is Jan Borovička, a leading member of the Czech Mycological Society, who combines a very Czech hobby of mushroom picking with his profession of geochemist at the Czech Academy of Sciences. How has the internet changed mushroom picking? Why are mushrooms safe to eat even after Chernobyl and Fukushima? And, most importantly, where are the best spots to find them? These are some of issues we discussed with Jan Borovička, who says this year’s mushroom-picking season did not start out that great. Jan Borovička “This year is a little strange because everything seems somewhat delayed, and the spring season was very poor, likely because of the weather conditions. But now we’ve had a lot of rain, so it seems mushrooms have started to grow.”

Are they growing everywhere now or are any particular areas where right now people should go?

“Of course, the situation differs from forest to forest, so it’s difficult to say where it’s best to go.”

Czechs like to think that they are the nation of mushroom pickers. Is that true or is it a popular activity in other countries as well?

“But sometimes we forget that we are not the only nation interested in mushrooms. It is also very popular in other eastern European countries, and there are also many regions in Italy, France, Germany, Switzerland and Spain where people like mushroom picking in the wild. Also, unlike in our country, mushrooms are sold in the markets there.”

Have Czech mushroom picking habits changed at all over the last 20 years? 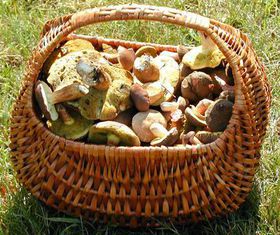 Photo: Archiv of ČRo7 “I don’t think there have been any notable changes but there is one new phenomenon, and that’s the internet with many pieces of information on mushrooms, many photos, and also with many community forums and specialized websites. So this is something new and it has grown rapidly in recent years.”

What kind of information do people exchange there?

“They usually share their own experiences and photographs of their finds. They also discuss their finds, and it sometimes feels like a competition who is the best mushroom hunter.”

A Czech insecticide producer recently came up with an online map that was supposed to tell people where mushrooms were growing at a given time. Is that just a marketing trick, or do you think it could work?

“I don’t think so. Mushroom picking is similar to fishing or hunting in that you never know what you will find. Growing conditions may differ from forest to forest, so I think this is just one of the thousands of silly products of the consumer society.”

You are on the board of the Czech Mycological Society, and you advise mushroom pickers. What are the most common questions you get?

“We always get plenty of questions, and it’s really difficult to decide which is most frequent. But people often need to know how to tell edible and poisonous species from each other. Some of the most popular edible mushrooms have a dangerous, poisonous twin, or more twins, so you have to know the differences.” 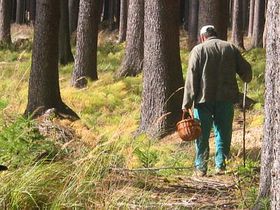 Photo: Štěpánka Budková Would you say people are better informed now with the internet and nearly immediate access to information?

“I would be very careful to use the internet for this. You never know the origin of the information you come across, so I would recommend using books where the information is always more reliable than on the website.”

On your blog, you dismissed a recent viral email that warned people against eating mushrooms because they could be contaminated by radioactive fallout from the Fukushima power plant. Are mushrooms safe to eat, given the rising levels of pollution?

“Mushrooms contain some natural radionuclides, especially the isotope Potassium 40. But this is safe because it’s a naturally occurring element. In the 1970s, however, we detected artificial radionuclides which escaped during nuclear weapons tests, and later from the Chernobyl fallout – that was especially the isotope Caesium 137. But in general, the concentrations found in common edible mushrooms in central and Western Europe do not represent a risk for consumers.”

But was it also safe to eat mushrooms in the months and years after the Chernobyl disaster?

“The problem with mushroom radioactivity was a little delayed. It depends on the migration of the radionuclides in what we call the soil horizon. After the fallout, it took one or two years, and then the radioactivity also appeared in mushrooms. 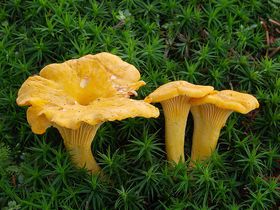 Chanterelle, photo: Andreas Kunze, Creative Commons 3.0 “It’s a very interesting phenomenon that some mushrooms absorb radioactivity and others don’t. We can nowadays still find some species that are highly active but the common edible species that you can bring from the forest do not represent a risk.”

In the late 1980s, people were saying that some species disappeared. Chanterelles, for instance, were extremely difficult to find. Have they come back since then?

“Yes, there was a strong decrease of mushroom growth in the second half of the 20th century, and some species including many edible and popular ones almost disappeared from their natural habitats. This was probably caused by acid rains and subsequent changes in the soil chemistry, together with the ability of the mushrooms to in symbiosis with plants. But fortunately, many of them reappeared and I hope this will last.”

Here in the Czech Republic, our president is one of the most vocal opponents of the theory of global warming. Do you observe any changes that may be caused by global climate changes?

“Mushrooms are rather conservative organisms, and we also don’t have enough data to say whether or not this might be the case. I believe it’s too early to say whether there is any influence or not. But I don’t think so.”

You are a geochemist by profession, and you work at the Czech Academy of Sciences. How did you become a mushroom expert? 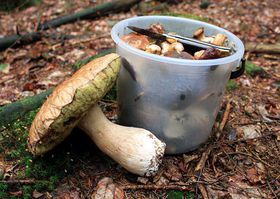 Photo: Barbora Kmentová “I have always been interested in mushrooms. I used to go mushroom picking with my parents, and I read a lot of books. But I have also been interested very much in geology and minerals, stones and rocks. Later, I realized the world of mushrooms and the world of geology are connected. So as a geochemist, I’m interested in the behaviour of chemical elements in the environment, and especially in the interaction between elements like heavy metals and noble metals, and fungi.”

When you were choosing your career, did you ever consider becoming a professional mycologist?

“In fact, I wanted to be a journalist. But later, I decided to study science; I think it’s a lot of fun, and I have always wanted to do something with chemistry and geology. Mushrooms only became a field of my research later.”

You are a native of Prague –did you and your parents go far from the city to pick mushrooms?

“We had a favourite area, it’s about 50 km away from Prague, near the Sázava River, which is the country of my childhood, and I still go there.”

Some of our Prague-based listeners who have never gone mushroom picking might be interested in trying it. Where would you recommend that they go? Where are the easiest places where they could find some nice edible mushrooms?

“That’s not easy to answer because there so many places, and it always depends on weather conditions. In the spring and summer season, I would recommend some area near Český kras, or Czech Karst. That’s a warm landscape with plenty of sun, so there is a chance to get some good finds. And later in the season, in autumn, I would recommend to go to the Bohemian-Moravian Highlands.” 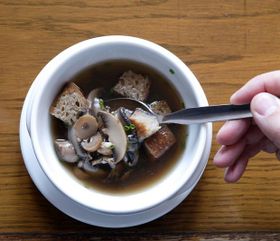 Photo: CzechTourism I was really surprise when you told me you didn’t like to eat mushrooms. What is it about them you don’t like?

“I admit I don’t eat mushrooms a lot. But I like them; for example I like dried mushrooms in soups, and I have several very special favourite mushrooms that I like to eat. But I suppose in general I’m not a very big mushroom fan.” 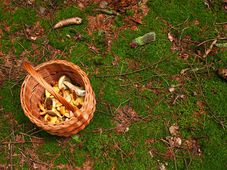 Peak season ahead for mushroom-hunters reeling from dry spell

Conditions in the last two weeks of September are often among the best for engaging in a favourite Czech pastime – mushroom picking.…

Czechs collected more than 6.6 billion crowns worth of mushrooms and fruits in the country’s forests in 2017. In all, people picked…