My guest for this edition of One on One is Ivan Passer, who this week received a Crystal Globe in Karlovy Vary for his lifelong contribution to world cinema. The president of this year’s festival jury fled communist Czechoslovakia in 1968, after directing what has been voted one of the best Czech films ever made – ‘Intimate Lighting’ is a black-and-white new wave classic telling the story of two friends reunited. In more recent years, Passer has worked in Hollywood, producing movies such as ‘Cutter’s Way’ and ‘Stalin’ to much critical acclaim. He was back in the Czech Republic last week some 40 years after going into exile. But, as he told me in a quiet hotel bar in Karlovy Vary, this was far from his first visit back to his homeland: 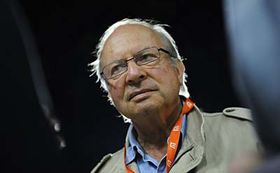 Ivan Passer, photo: CTK “When I first came, nothing had changed. I was gone for twenty years, and it was so the same that I was not sure if had ever left. For example, there is a clock opposite the film club, on a little tower, and it was always showing five minutes to one, and twenty years later it was still showing five minutes to one. And I thought ‘Jesus! Did I ever leave or what?’ But now it’s changing rapidly, and I’m quite sure for the better.”

So were you here in Karlovy Vary at the film festival in the early days, around 1965, when you yourself were making films in Prague?

“Yes and you know, it is like all Czech cities - Karlovy Vary is getting more colourful, and more international. So I, superficially, because I don’t have too much time - it seems like it is more and more beautiful to the point I am even thinking of coming back here on my own.”

You’re obviously just here for a short time, but have you noticed all of the events and discussions focused upon 1968 currently taking place here? That is the year that you left, do you associate with the things that people are saying about that year here?

“You know, like everything which is getting farther and farther away from us into the distance, then legends begin to emerge. This is the case with the 1960s. It seems like there is a certain nostalgia about that time in people’s minds, which is kind of surprising for me. But, it was an exciting time, because there was the Prague Spring taking place at that time, and lots of hope and excitement for the future. And there was a kind of mass conspiracy, people felt like they had something in common with each other, which these days is sort of missing.”

What do you personally remember of that year, and why did you leave when you did? 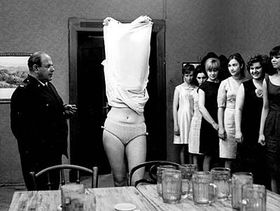 'The Fireman’s Ball' “Well, I mostly remember the good things. We were making really exciting movies at that time, and each of us was different. But we all came from the same school, so we informed each other with what we were doing. We were competing on a very friendly basis, we were reading each other’s scripts, we were helping, giving advice to each other. And it was a wonderful time from that point of view. Why I left was because the Soviet invasion happened. I was involved with Milos Forman on a film called ‘The Fireman’s Ball’, and that film was very severely criticized by the Communist Party, and I knew that we would have ended up somewhere down a uranium mine if not worse. And that is why we left, and we thought we were leaving just for a year, we didn’t believe that it could last so long. And here we are forty years later.”

You went to America, as did Milos Forman. Did your cooperation continue there? 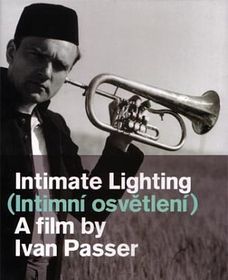 “No, because we lived together, but we made a conscious decision to work with Americans, American writers, American producers etc. Because we understood that we needed some help there – that our knowledge of American society was purely superficial.” 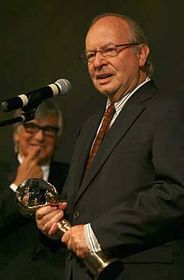 Ivan Passer, photo: CTK “Well, compared to the time when we made movies here, there were big differences in America. Because basically, so-called socialist cinematography and the film industry here was ideologically motivated. They expected films to propagate Marxist, socialist ideology. Hollywood is money motivated, they expect movies to make money. And for us, that was kind of frustrating, because we learned how to talk around the ideological pressure, but with accountants, one and one is always two – you cannot really persuade them that it might be five or six, and so that is the major difference.”

Finally, you just mentioned earlier that this has been such a good trip that you would like to come back here. Would you ever consider coming back to Barrandov to shoot another film, which is something a lot of big Hollywood studios are doing right now?

“Yes, I would do it gladly if the opportunity presented itself. But generally speaking, I would love to do another Czech film.”