Film has played an important role in Hana Kulhanková’s life ever since she was a teenager. Later, she studied film and worked at the Mezipatra Queer Film Festival, which showcases gay and lesbian filmmakers. Now, Hana Kulhánková is the director of one of Prague’s most colorful and interesting film festivals, One World, which focuses on human rights documentaries. Ahead of the start of this year’s edition, I spoke to her about the festival program, human rights and what initially piqued her interest in film. 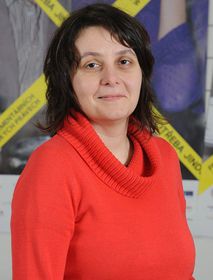 Hana Kulhánková “For me, it started a really long time ago, I think as early as my high school days. It was partially thanks to the programming of CT2, because when I was in high school, they had a film club program on Mondays and Thursdays, so I was able to see films by Bunuel or Bresson and other really big film makers, and I got really excited watching these films in my room. So that was the beginning of my interest in film in general.

“Then, after high school, I had the opportunity to live in the US for a year, as an au pair. I worked for P. Adam Sydney, a famous film theoretician and historian of avant-garde cinema. So that really was my introduction to a different genre of films and on a professional level and then started studying film theory and history at the Brno University. So it was a gradual development and to this day, I’m very excited about film.” 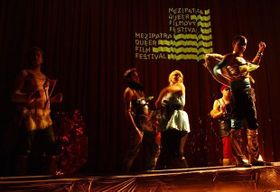 The Mezipatra festival Is queer film a genre that you especially enjoy?

“It still is, because I got introduced to the genre or field of queer films when I spent some time studying in Germany, because we learned about it there and I saw a lot of queer films. Then I joined the Mezipatra festival, which is a queer film festival.

“And I also try to bring this topic, which I consider very important, into the One World festival. So for example this year, we are showing a really great film called “I am a woman now” which focuses older trans-women, who had their sex surgery in the 1970s and 80s. And now they are old ladies, and talk about their past and present life, because they never imagined that they would become old ladies.” 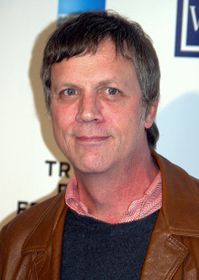 Todd Haynes, photo: David Shankbone, Creative Commons 3.0 To go back a bit, can you describe your experience as the organizer of Mezipatra?

“During my university studies, I always felt that studying was not enough for me, I wanted to be active, be involved. And I got the chance to join the Mezipatra team, first as a member of the film selection committee and later as a director. The experience was very nice. It was a very small group of people, and lots of my fellow students and friends worked for the festival. We were able to organize this festival on a very small budget and on a small scale. But during my time with Mezipatra, we also moved from Brno to Prague. Nowadays, it really is a big festival which brings famous queer film theoreticians and film makers to the Czech capital. Last year, Todd Haynes was one of the guests, who really is a famous American director. So we went from our small amateur years to being a professional big festival, so I am really glad about that.”

It is certainly nice to see it grow like that. Queer issues for you are not just something that you are familiar with from a theoretical point of view, you yourself are lesbian. Could you talk about how you feel Czech society sees gays and lesbians, and how acceptance or integration has developed over the last decade?

“I think there definitely is more tolerance. We have a registered partnership law, but at the same time, it is not equal to marriage, so even this law has a component of discrimination. I think it really depends on the individual and how you see yourself, how sensitive you are to people or society being hateful or not. I see Czech society as really conservative and I think Czechs block out what they are not interested in, they are not so interested in complex issues. But from my experience, I am in the process of wanting to be involved much more in queer issues, and more in an activist way. For example, we have a law under which says that if you have a child with a same-sex partner, you cannot be the second parent of that child. That creates a lot of instability in such relationships and I think it is not good for society as a whole.” 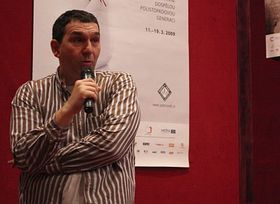 Igor Blaževič You are now the director of One World, a human rights documentary festival. How did you first become involved?

“My story is really basic. I applied for a job. I started as a guest services coordinator eight years ago. Then I was involved in the production of the festival, then executive director under Igor Blaževič, who was the general director at the time. So the start was quite straightforward but it really helped me understand the organization and different levels of the festival.” 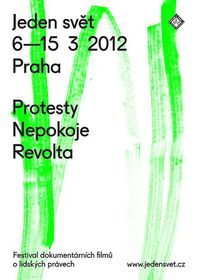 One World What have you learned about human rights issues in all these years of working for a human rights film festival?

“I can say that thanks to One World, I got the chance to meet some really great people, directors and characters from the documentaries. I would say it has definitely broadened my horizon, on topics that I didn’t know about before or problems in other countries. So every year, it is a positive experience when I get to see documentary that are very strong and emotional and then, when we are able to screen it at the festival; that is a happy end.” 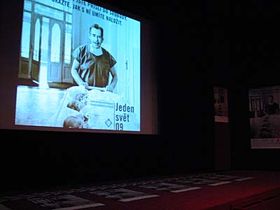 And how does the process of choosing such films work – you must watch a lot of documentaries ahead of the festival?

“It really is a very long and intense process. It takes about six month to select from around 1600 films. We are a small team of people who do the pre-selection, and then the final selection committee goes over all the films submitted and other films from festivals we have visited over the year. It is really exciting. At the beginning, we figure out what topics we are looking for. And then we see if we have enough films to create that as a thematic category, or if there are other films on other aspects that maybe could create a category.” 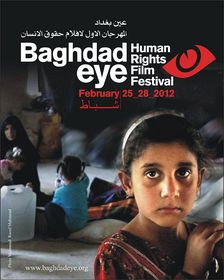 Since the festival was established, it has gone international – there are foreign editions of One World. How important is this aspect to you and when did it begin?

“I would say that from its beginnings, One World has been very open to international cooperation. We also are very happy to share our know-how with other organizers. The latest festival that we helped establish is happening in Iraq right now, the first education of the Bagdad Eye international film festival. So I am really excited about that and looking forward to seeing how it goes.

“For us, it is really important to transfer our know-how to organizers or groups of people who are very interested in human rights and need a bit of guidance. We enjoy introducing them to topics, film makers and the market, the festival market. And then it is up to the local organizers how they organize the festival exactly, what team they choose, and what kind of topics they focus on.” The Arab Spring: Demonstrations in Al Bayda for support of Tripoli and Az Zawiyah, photo: Creative Commons 1.0 The main event, the Prague edition of the festival is coming up in March, next week. Maybe you could talk about this year’s theme “Protests. Upheaval. Revolt.” This also is taking place about a year after the Arab Spring. Could you present some of the program to us?

“I’m really excited we were able to have this thematic category. In the beginning, we were looking for films from both Arabic and democratic countries, because we wanted to combine the films and see if there are any links or differences between different protests or issues that people are involved in in those countries. So we will be seeing films not just from Egypt and Syria, but also from Yemen and Libya, but also a very interesting film about the Greek crisis and a movie about the protests in Japan in the wake of Fukushima.” 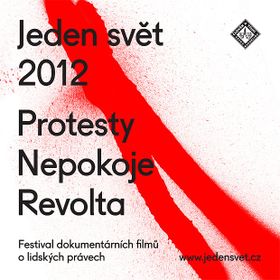 And lastly, what are you especially looking forward to, at which point in the festival will you be very happy or relieved?

“I have been saying for the last two weeks that I really want the festival to start. So I think I will be very happy when it starts on March 6. And then, really, everyday brings so many exciting experiences, we meet so many interesting people, we talk to the audience, follow the panel debates and the Q&As and so I think there are some very exciting days ahead of us.” 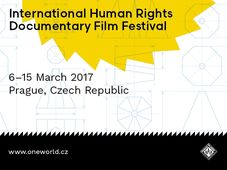