The model Pattie Boyd was the inspirational force behind two of the greatest modern musicians, “quiet Beatle” George Harrison and the legendary Eric Clapton. Both her former husbands – also very close friends – immortalised her in some of their most famous songs and popular ballads. Now on display in Prague’s Old Town is a collection of Pattie’s private photographs from the inside of that triangular love story, the unintended moral of which is that behind every great man – or two - is a great woman. “Layla” herself was in Prague to share her memories as well, and she told me about how her life’s fortunes started taking shape around the age of 20.

“I didn’t really know what I wanted to do with my life after I left school, but my mother got me a job working with Elizabeth Arden. I was there for two months, and somebody came in and suggested I become a model. And they introduced me to an agency, and then I had to visit lots of photographers to try and get work.”

“I did! One of the jobs – or I thought it was a job – was to go and be interviewed for what I thought was going to be a TV commercial. But it turned out that it was the same director but now he was directing the Beatle’s first movie, and I got a part playing a schoolgirl in this.”

So how did you meet George Harrison, what was that first meeting like?

“There were three of us schoolgirls on the train and the train left London, left Paddington Station, and then it stopped, and four familiar figures jumped on to the train, and they all came into our carriage to introduce themselves. And I thought, ‘ah, my god, George Harrison is so good looking!’”

Did he ask you out straight away, or how did it transpire?

“He did, he asked me out at the end of the day’s shooting. And unfortunately I had to say no, because I had a boyfriend.”

You say that, but it’s really difficult to believe!

“I know, I know – I felt that I would be disloyal to my boyfriend if I… he was expecting to have dinner with me that night. And these were the days before mobile phones, so I couldn’t call him!”

And make an excuse.

But, as it happened, you started dating and you later got married; what was it like to be thrust into this world of the most famous men on the planet? 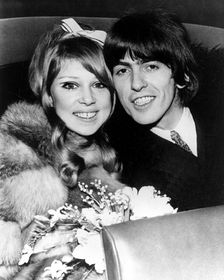 Pattie Boyd and George Harrison, photo: CTK “I loved it to begin with, but then it became quite difficult because we weren’t free enough to go where we wanted to, because there were always fans, everywhere you go, there are fans. Even if you go out for dinner, somebody will come in the middle of a conversation and ask for an autograph. It’s quite a difficult life to be with somebody who’s so well known.”

And you weren’t used to that at all before, so was it a change of reality from one day to the next, or how would you describe it?

“Almost like that, yes. It almost was. I mean, one day I was just a model, like lots of other girls, running around London and then the next day I was dating George Harrison and suddenly my life changed.”

What were your relationships with the other members of the Beatles like? How did you get on with the rest of the band?

“Oh I loved them, they were all… They were the most amusing people together. I mean if you had four of them in this room now you would just be in awe, because they were so funny, so really quick-witted, and I felt very privileged to be in their company. But they were fun, they were great fun. I think Ringo was the easiest to get along with, he seemed to be the more friendly.”

Are you still in touch today?

“Yes, we live very near each other.”

Were they really so ‘all for one, one for all’, always involved in each other’s activities?

“Yeah. I mean, they were very, very closely knit, they were like brothers.”

And that wasn’t difficult for their girlfriends?

“No, we just went along with it. I mean, if you remember, we were all young then, so what else were we going to do? It was far more fun to hang out with them!”

You were also with them the time they tried LSD for the first time, can you tell me about that?

“Yes I can. John and George, Cynthia and I had been invited by our dentist for dinner. We went and we had a nice dinner and then we wanted to leave because we wanted to see a band playing, friends of John’s. And they said ‘oh no, you must have some coffee,’ so we stayed and had some coffee, and then we said we had to go, and the dentist said, ‘you can’t leave.’ Why not? ‘Because you’ve just had LSD,’ he said. I didn’t know what he was talking about, but John was the only person who had heard of it and he got really angry. I didn’t understand why he was angry, until suddenly I felt the effects of this drug, which is very strong, and lasts for about seven hours. And you can’t get rid of it. It’s very scary. And that was the start.”

And what happened during those seven hours?

“Well we went to the club where we were meant to go and people kept changing, you know, it’s a hallucinogenic drug, and people kept changing, as far as we were concerned and getting very tall and very small and everything was moving around, like a scary movie. And then we thought we should try and go home, drive to the country. George was driving in a little mini, and we all got in the little mini and it took about two or three hours because he was driving so slowly. And we got home and we thought, ‘we’re going to be like this for the rest of our lives!’ It was horrible!”

While you were married to George Harrison, you met Eric Clapton, and he wrote a song about you...

“Eric used to live in this very large house and he would always have lots of friends staying, lots of girls lots of guys, people would just go there to crash. We all became friends as years went by and then, I don’t know, years, years years later, Eric wrote a letter saying that he was in love with me. I didn’t realise at the time that the letter was from him, I thought it was from a fan, and so I showed it to George. I said, ‘look, haha, look at this fan letter.’ But no, it was from Eric.

“Then years later I was in London and he me to come and listen to this record he’d just done, or was in the middle of doing, and he played Layla, and I knew straight away that it was about me.”

“Because it was about our story, you know? And he would refer to me as Layla because of a book written by a 12th century Persian poet called Nizami, and it’s the story of Layla and Majnun, it’s a love story. So Eric really related to this book, and wrote this song, so that’s how I knew it was about me.”

You’ve been the inspiration for some of the greatest songs of the 20th century, what’s it like for you when you hear these songs? What’s it like to be in a place where they’re playing one of these songs that you had such an intimate role in?

“I feel very close to the songs, almost as if they re still a part of me. And I recognise them from the first chord, I know it’s a song that was written for me, or about me.” 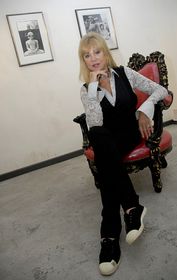 Pattie Boyd, photo: CTK “I was just photographing my friends, I thought no more than that. I didn’t project and think that these would be good for... in fact I didn’t even realise I had these photos until about four years ago. I just love taking photographs, and this is part of my life. The photographs that you see downstairs in the gallery are photographs of people that were in my life, they weren’t photographs of famous people, do you know what I mean? Because this was how my life was.”

“I’m sure they were, because, you know, I didn’t spend all these years with them without learning something. And I learned a lot from them. I learned the appreciation of music for a start. And many other things. It’s like a relationship with anyone, you always learn something from them and they do from you.” 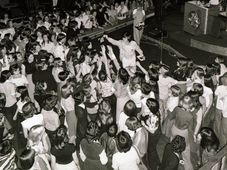 Jan Šesták was a music-obsessed mega-fan of Radio Luxembourg, tuning in every evening, despite the risks, in communist Czechoslovakia.… 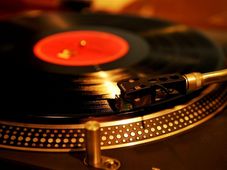 The Czechoslovak music scene in the 1960s, 70s and 80s was swept by world-famous hits, which were taken over by local musicians, such… 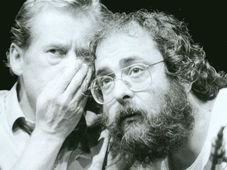 As his secretary for nearly a decade and a half, Vladimír Hanzel was extremely close to the late Václav Havel. In this the second part…