The Prague Vitruvius is an extremely useful website for anybody interested in perhaps the Czech capital’s greatest asset: its unparalleled wealth of architecture. The blog is the work of Englishman Alex Went, who has created close to 300 entries taking in both tourist sights and largely unknown gems in the suburbs. When we spoke at the Vinohrady Pavilion – designed by one of his favourite Prague architects – I asked Went what had brought him to the city in the first place. 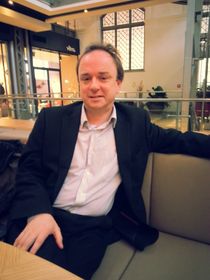 Alex Went, photo: Ian Willoughby “People always say when they come to Prague that it was either for the beer, the women or the architecture. And I guess for me it was the architecture. And still is, very much. It’s a wonderful place to live – so different from any other place that I’ve ever visited.”

You told me that prior to the Prague Vitruvius you had I guess a photo blog of Vršovice. What attracted you to the whole area of documenting Prague and its architecture?

“I was lucky enough I suppose at about the right time to get in with a small property in Vršovice. The fact that I was next to the stunning Grebovka [Gröbe] Villa and able to walk to work through the streets of Vinohrady made that an obvious place to start to look at.

“And I guess over the years I’ve got to know a few people who live around there and the idea of cataloguing local life was an attractive one.”

What led then to the subsequent Prague Vitruvius?

“It was more than anything the chance to get out and broaden my horizons by literally walking around Prague, becoming a kind of flaneur of Prague. I think I ran out of space really in Vršovice and I wanted just to spread my wings a bit.”

Have you got a background in architecture or history?

“Not in the least. It’s been really a hobby of mine for many, many years. I’ve always been a kind of art historian manqué.

“And this was a really great opportunity, given the ease with which you can put websites together now, to put down some photos and to engage in my real passion, which is research and local history.” 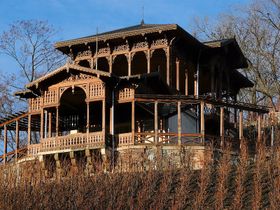 Grebovka altan, photo: Alex Went What does the name Prague Vitruvius mean? Where does it come from?

“Vitruvius was a Roman general in the first century, but he was also, significantly, the author of one of the first ever guides to architecture, De architectura.

“Of course Prague has a wider range of styles than simply the Vitruvian, classical style. But I thought it would be a useful title for this blog to go under.”

In some entries you have mainly photos, great photos, of the buildings. Other times you have text on the background – the dates, the architects. How do you do your research?

“Most of this stuff amazingly is now available on the web. So luckily I’m not having to go to the Národní knihovna [National Library] and work my way through volumes of Czech history.

“There’s also some really fantastic local architectural historians. Zdeněk Lukeš has actually been in touch privately, for example. When I run out of printed materials, I usually manage to find someone who can help.”

Lukeš being the Prague Castle architect and one of the country’s best known architecture critics.

“Indeed. In particular he was helpful in tracking down architects of Art Nouveau buildings in Vinohrady, which I think is his stamping ground.”

Are there some buildings about which you can’t find out anything? Vinohradská vodárna, photo: Alex Went “One or two. But of course I always leave a note on the blog asking for input. And although I don’t get a great deal of that, I’m hoping that perhaps this radio interview will spur a little more interaction.”

Tell us a bit about where we are now, Vinohradský Pavilon, the Vinohrady Pavilion. Why did you want to meet here?

“To me, this represents the most interesting local Vinohrady architect, Antonín Turek, who was operating around the end of the 19th century and the beginning of the 20th century.

“Actually, if you draw a line from Náměstí Míru along Korunní you can see three of his great buildings in succession.

“These three buildings together form a kind of catalogue of Turek’s work.”

What is it about him that interests you?

“I suppose it’s what interests me as well, which is I love most of all the Baroque style and this is kind of neo-Baroque.

“This is kind of early 20th century experimentation, in the dying days really before the advent of Cubism and the advent of Functionalism, of course, which a lot of people associate with the later stages of Czech history.”

On your site people can search according to many different categories, including style. I counted 14 styles from the Romanesque to the Modern. Which of those styles do you think Prague is particularly strong in? 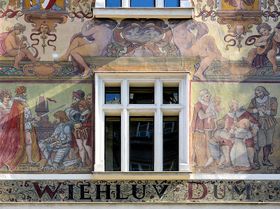 Wiehlův dům - murals designed by Mikoláš Aleš, photo: Alex Went “I think one of the things that attracts tourists when they come here are the beautifully painted facades. Some of the work of the Art Nouveau period, and it’s so extensive, is really quite fantastic.

“I’m a particular fan of Mikoláš Aleš, as one of those great portrayers of Prague history in the forms of friezes and historical paintings on the sides of buildings. So I think that’s a particular interest of mine.”

Where can his work be seen?

“The Old Town Square has a lot of reconstructed paintings of his. A lot of the paintings there were damaged badly at the end of WWII, but they’ve been recently repainted.

“He’s particularly good at portraying the national saint Wenceslas riding, as it were, out of the building towards you on a horse.

“There are similar paintings by him in all areas of Prague. Prague 7 I’m thinking of as well, near the Veletržní palác – there are some fantastic Alešes along that street with the national gallery. Other paintings by him can be seen pretty much everywhere you turn.”

This is maybe a side issue, but you were telling me earlier you first came here in the early 1990s and in those days many of the buildings here were in terrible disrepair. How well do you think the Prague authorities have been doing in terms of maintaining their great historical wealth of buildings?

“It’s a really difficult match to make, but I think clearly one never wants to see Prague as just a museum.

“Indeed there’s a great deal of urban regeneration as you know going on and one of the constant questions being asked is how much of the past to preserve.

“But I think the situation at the end of the ‘80s was really very grave in terms of not just the look of the buildings but also the degree to which they were actually falling down.

“So if in rebuilding they were able to be recomposed with a nod to the original colour schemes, the original paintings, then all the better, in my opinion.” 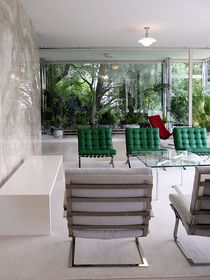 Villa Tugendhat in Brno, photo: Alex Went Getting back to The Prague Vitruvius, are there any particular areas of the city or architectural styles that get a lot feedback or a lot of interest from readers?

“The most interest has been in what one might think of as the touristic areas. That’s where most of the comments would come from.

“Interestingly the most popular photographs on the website have been from just outside Prague.

“In fact, the Villa Tugendhat in Brno, which you may not think of as being part of Prague architecture at all, and in many ways it isn’t, but I have covered that.

“There’s been a lot of interest in that, and also in the Dientzenhofer designs for Invalidovna, just outside the city centre.”

Does your site get a lot of traffic, a lot of visitors?

“I tend to take most of my photographs in the summertime – that’s when the site is at its most active in terms of new material.

“But I’ve noticed recently that even when I don’t update for perhaps several weeks or even months it’s still getting two to three hundred hits a day. So clearly it’s been well indexed, thanks to Google and other search engines.

“And I’ve also had a rather nice boost from the Pražská informační služba [Prague Information Service], who mentioned me on their page. So yes, it’s getting quite a lot of interest at the moment.” 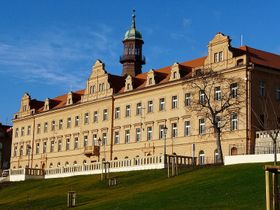 Rangherka in Vršovice, photo: Alex Went Do you know who your users are? Are they people based here, or people visiting here?

“I think largely from the Czech Republic. There are also quite a number of hits from the US and the UK.”

It strikes me also that a lot of foreigners, having lived here for a longer period, are expressing more interest in their surroundings and in their districts of the city.

“Yes, I think that’s true. And I’ve certainly found all kinds of people engaging in conversation about architecture, from locals to expats. It does seem to be an area of common ground, in which people are interested.”

Do you think perhaps that there’s a more valuable role in covering buildings outside the city centre, away from the tourist areas, that are more obscure and maybe haven’t been written about in English?

“Yes, I do. My day job is as working as head of communications for Prague College and the idea of educating is really part of my background.

“My feeling is that I’d really like the site to have a double function, partly piquing people’s curiosities but also partly educating them in what else there is to be seen. So to have a guide that covers Prague more generously and more areas and periods of Prague’s history, more generously is ideal.”

You have already heading for 300 entries on the site. What’s the future of The Prague Vitruvius? Can you add a lot more? Do you plan to? 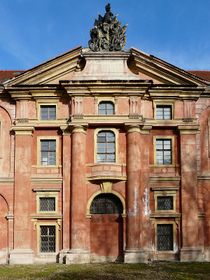 Invalidovna, photo: Alex Went “Well I’d like to add as many buildings as there are buildings, but clearly that would be a lifetime project.

“I suppose my instinct in starting it was to try to present as full a catalogue as I could, in the manner that perhaps 19th century butterfly collectors or botanists might have done.

“It has that kind of cabinet of curiosities flavour to it, as well as being a kind of encyclopedia.”

The Prague Vitruvius is to be found at www.praguestory.com