Since January 2012, the Czech Center in Berlin has a new director: Monika Štěpánová, who previously headed the Czech Center in Bucharest and is a passionate supporter of documentary film making. This year also brings some other important changes for the center. In the fall, it will reopen its gates in a different location. The new premises are in the building of Berlin’s Czech embassy. It was just a few weeks after the death of late president Václav Havel shook the entire Czech nation that Monika Štěpánová started her new position. How did she experience this emotional event? That was the first question I put to her on a recent visit to Berlin. 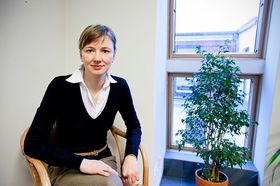 Monika Štěpánová “As you say, it was a very sad moment. At the time, I was actually in Prague, because I was getting ready to start my work here in Berlin. It is definitely the most intense and emotional event that I have been confronted with since I came here in January, culturally and politically. And of course, we have a program dedicated to Václav Havel and it will run for at least two years.”

You have now been in office about six months. What is the work like so far?

“It has been a very intense six months, and a big change for me, personally. And also in terms of the work in the cultural sphere compared to Prague or Bucharest. I still feel like this is just the beginning.”

How would you describe the Czech community in Berlin and the level of interest that Berlin residents or Germans in general have in Czech culture?

“These first six months have been a bit unusual, as I am still preparing our move. So we have not had that many events in the Czech Center, on our premises, and also, most of them were organized by my predecessor, so that was where most of the encounters with the local Czech scene took place. In my opinion, there are different Czech scenes in Berlin. There is a traditional one, or historical one, of the immigrants who have lived here for 20, 30 or more years.

“But there also is a very vivid and young scene, people who have been here for just a few years and are involved in underground or alternative projects, as well as official and big projects in Berlin, not as Czechs, but as creative personalities.We are just starting to connect with these people and see how they could be involved in the new Czech Center, in September, when we have better premises.” 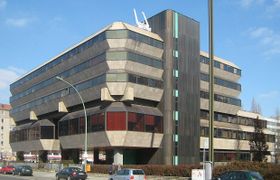 Czech embassy in Berlin, photo: Beek100, CC 3.0 license I believe that one of the things you focus on in your cultural work is documentary filmmaking. Why do you think that is a good way of mediating culture and do you plan to also show Czech documentaries in Berlin?

“Documentaries have been one of the main points of focus in Bucharest, and I developed a personal relationship to documentary movie making. And I certainly will continue with that in Berlin. I think the public here appreciates authenticity, so I believe that documentaries are a great tool for communicating with the public here and for presenting what we want to present, which is contemporary life in the Czech Republic. We will have to see how apt the new premises are for this in terms of equipment. My goal would be to present documentaries on our premises and also have discussions afterward.”

Before you worked here, you headed the Czech Center in Bucharest. How did that differ from the work for a big center like the one in Berlin?

“It is not so small either, in terms of staff I would say. But of course the historical background and the social issues are completely different from those in Berlin. The five years I spent there were fascinating. I grew to be a huge friend of the Romanian people and Romania.

“At first, I was quite skeptical because I did not know much about the country and did not have any personal relations to it. But those grew very quickly and I was fascinated by the people’s creativity and modesty. Also, the fact that they have to face such strong opposition in everything they want to do or try and that there is basically no support from any institutions for creative people, in culture. But that forces them to find unexpected solutions and makes them even more creative. The results are very inspiring. I was very happy there and it was hard to leave that job.” 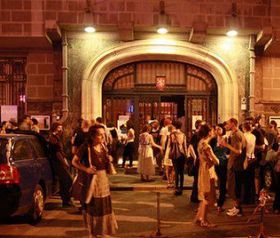 Czech Center in Bucharest I believe that you brought the One World documentary festival there, and that it is now a fixed part of the cultural landscape in Romania. Can you talk a bit how that originated?

“I really found a big need for documentaries there, because they were not being shown in cinemas or on TV, and the Romanian TV did not even have production money for documentary filmmakers. So we started screening documentaries in the Czech Center on Mondays, and we had a huge audience, sometimes we could not even fit everyone in. First we showed Czech films, and then we cooperated with other institutions and showed international productions as well. And the resonance was impressive.”

“When the 10-year-anniversary of One World in Prague took place, we spoke to Igor Blaževič, Tereza Porybná and Helenka Zajícová and decided to bring One World to Bucharest and make it really big. And as we did not have an extra budget for that, even though the One World festival helped us with screening rights, which was a huge assistance, we made a call for volunteers and I organized a team. And the first festival was already organized quite professionally: We had three cinemas; we had the Czech Center for special screenings and basically set up the structure. Most volunteers were students of philosophy and political science, and everyone was learning by doing but it turned out really well.

“We found sponsors, supporters, embassies and cultural institutions joined, because there was nothing similar in Romania. Some of the people who were there during that first year have since graduated and are working for the festival now and are very dedicated to documentary movies. And my successor in the Czech Center in Bucharest, René Kubášek, is doing the Czech part of the festival, and also manages it, but the main organizers are now One World Romania.”

And how is that financed?

“It is organized by One World Romania, with significant support from the Czech Center and the Czech Embassy in Romania, the ambassador Jiří Šitler, who also has a background in human rights, and he is very helpful, too.”

Berlin, photo: Casp, CC 3.0 license Going back from Romania to Germany: I believe you studied in Bonn. How did you as a Czech discover your love for the German language?

“Actually, it came quite naturally. I first came to Germany and was living with a family and helping them take care of their kids, as most girls who came here did at the time. And then I started studying at the University of Bonn. It was a big challenge to learn German well enough to be able to compete with the German students, because there were no Erasmus programs for Czech students, no funding for that. So I was registered as a regular student and had keep up with the German students, but that made it more interesting. I had always been interested in the German language and literature, and generally, languages are a hobby of mine.”

So after six months of working in Berlin and working with Germans in the cultural sphere, what was the biggest surprise for you?

“Germany, at least that is my impression so far, is quite institutionalized. So you have many institutions with good funding, a clear-cut concept and they are very professional. Here, there is a certain structuralized career path in culture, which is still a new thing in the Czech Republic and does not exist at all in Romania. I was expecting that but I am kind of surprised by how the alternative and underground scene works.

“So while you have this very organized and structured cultural scene on the one hand, there also is this parallel scene, where everything is done in a very basic and free way, with people taking abandoned spaces to stage their own productions, and it is very dynamic. I think that is what makes Berlin so special.

Lastly, what are your goals and hopes for your time at the Czech Center here in Berlin?

“It is always dangerous to talk about goals and such when you are just starting out. My big wish is that the new center becomes a place where people meet, where Czechs living in Berlin go to meet their friends, and their German public. My goal is to make it a lively, popular space in Berlin that works at a very professional level.” 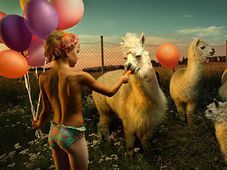