Jiri Vyvadil, who stepped down from his post as judge of the Supreme Court, after being suspended by the justice minister, has been named an honorary advisor by the Prime Minister Jiri Paroubek. Cabinet spokeswoman Lucie Orgonikova said on Friday that Mr Vyvadil would advise the prime minister on issues of law, justice, and the court system, but would not receive a salary. The move came just hours after Mr Vyvadil was suspended, following a recommendation by court chairman Josef Baxa, who has said that Mr Vyvadil had threatened the independence of the judiciary by involving himself in political affairs and meeting secretly with controversial businessman Tomas Pitr - appealing an eight-year prison sentence for tax fraud. 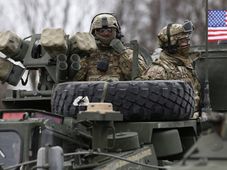 Jiri Vyvadil has been recalled from his post of deputy justice minister and will now return to the Supreme Administrative Court. The…

Jiri Vyvadil, a judge of the Supreme Administrative Court, is to become the deputy justice minister as of the beginning of September,…